{DESIST} : [a believer in a god, from the Latin] containing(adopting) abbrev. for “son”.

Answer: A type of letter that Cockneys are reputed to find hard to articulate.

{SHED A TEAR} : [a potential partner that you might go out with] contained in(wrapped in) [to fleece, ie. to remove fleece from sheep, say]

11    Picture that is printed on exterior of magazine (5)

{IMAGE} : abbrev. for Latin for “that is” containing(printed on exterior of) short form of “magazine”.

{NOMINEE} : [free of; not there] + [an explosive anti-personnel weapon] + abbrev. for “energy”, especially in physics.

{NORMA} : [conventional; not offbeat] minus its last letter(almost). 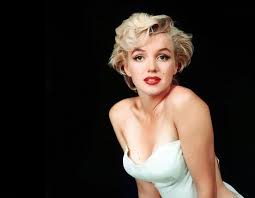 {DECORATE} : Double defn: 1st: To award a medal, especially to a military man; and 2nd: To adorn; to dress up.

{BUCKSHEE} : [to resist eg. a trend] + [bedding, between the plural of which you might find (or get) action, or it might only be a cocktail] minus its last letter(unfinished).

Answer: British slang for “free of charge” (derived from the Persian word for a gratuity – not exactly free then?). 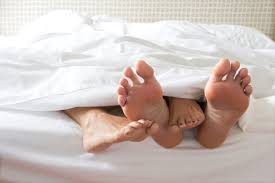 20    Sentimental start after letter from Athens (5)

{MUSHY} : [to give a start; to recoil as in fear or surprise] placed after the 12th letter of the Greek alphabet.

{PLATEAU} : what the locals would call water from the springs of Vichy, France placed after(by) [a factory; machinery in general] minus(with no) abbrev. for “name”.

{GLAZE} : [to look at steadily or intently, as lovers might do of each other] containing(around) the west-most letter of “London”.

Answer: To put a coat on eg. porcelain.

28    Written study for disposal of batteries with no lead (8)

{TREATISE} : Anagram of(disposal of) “batteries” minus its initial letter(with no lead).

{HECKLE} : [dearie me!; an exclamation of surprise, as a euphemism for “hell”!] + French for “the” (the French are getting quite a lot of mention today).

Answer: Literally get off and down from a personal means of transport.

{SWEATER} : Cryptic defn: What you could call a person feeling the heat and therefore perspiring.

3    Trip out for king supporting women in new palaces (9)

{SPACEWALK} : Abbrev. for “king”, as in chess notation placed below(supporting, in a down clue) {abbrev. for “women” contained in anagram of(new) “palaces”}.

{SPRING CLEANING} : [bound, like jumpers do] plus(to get) anagram of(strange) GLANCE IN.

6    Expression from endless fool getting married (5)

{IDIOM} : [a fool; every village has one they say] minus its last letter(endless) plus(getting) abbrev. for “married”. 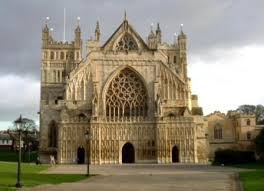 16    Remember soldiers and dresses before church (9)

{REMINISCE} : abbrev. for engineer-soldiers in the British military + [dresses first popular in the 60s] placed before abbrev. for the Church of England.

{EYEPIECE} : [centre of a storm especially a tornado or cyclone, an area with low pressure and relative calm] placed above(on, in a down clue) [a gun, often heard in the underworld].

21    Disappointment of some tennis support (7)

{SPIGOT} : 2nd and 4th letters of(regularly) “rings” contained in [a place; a location]

Answer: To raise and set in a vertical position; to stand.