Hola from the Vega Baja.  I thought this one was at the tricky end of 3* but I did enjoy it a lot.  There are some nice bits of  misdirection and some clever clues.  I’ll be interested to hear your opinions.

7a           Key impression made around motorway north (7)
{SEMINAL} – Key as in vital. Take the sort of impression made in wax, on a letter for example, and place it around the motorway which runs from London to Leeds and N(orth).

8a           Old Chancellor with very regal character at all events (7)
{HOWEVER} – One of Margaret Thatcher’s Chancellors (1979-83) followed by V(ery) and the usual abbreviation for the Queen (regal character).

10a         Uncertain  situation for a high-flier? (2,2,3,3)
{UP IN THE AIR} – Double definition, the second one being where you might find a bird or an aeroplane. Pommette knows all about being this after the Summer she’s had!

14a         A dope clearly disheartened in business (6)
{AGENCY} – A (from the clue) followed by a word for dope, as in information, and then C(learl)Y (disheartened) gives a sort of business.

15a         Property magazine giving one chance to be with loved ones? (7,4)
{QUALITY TIME} – This is the sort of period when you can relax with your loved ones without worrying about work or other responsibilities.  It’s a word for property, as in attribute, followed by a famous American news magazine.  Don’t seem to have had much of this recently!

19a         Beam and bloody equipment having to be put back (6)
{GIRDER} –A famous Scottish soft drink was said to be made from these! Take the colour of something which is bloody and another word for equipment and reverse the lot (to be put back).  Personally I can’t stand the stuff! 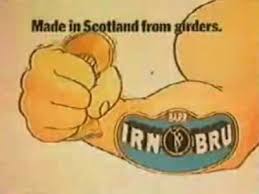 22a         Student gripped by selfishness retracted amorous glance (4)
{OGLE} – More a lecherous glance IMO! You need a word for selfishness or conceit and then reverse it (retracted) and insert (gripped by) the usual student.

23a         Fair woman getting measure of horse in end possibly (4-6)
{EVEN HANDED} – Fair as in unbiased.  Start with the very first woman and follow with the unit used to measure a horse’s height inserted (in) into an anagram (possibly) of END.

26a         Lower figure in field getting plant (7)
{COWSLIP} – The lower here is an animal which lows. Follow it with a cricket fielding position to get a pretty little wild flower. 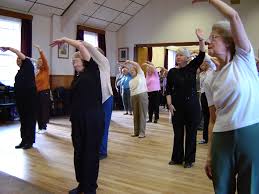 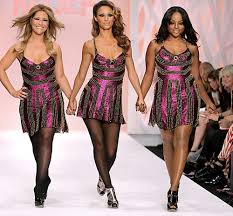 4d           Exotic root included in previous times in dish (3,5)
{POT ROAST} – This dish is a way of slow cooking cheaper cuts of meat in a covered dish.  It’s an anagram (exotic) of ROOT inserted (included in) into a word for previous times or history and then the whole lot split (3,5)

5d           Fish, perhaps? Then raw meat cooked with time running out (10)
{WEATHERMAN} – This Fish isn’t an aquatic animal but the Fish who famously said there was no hurricane. It’s an anagram (cooked) of THEN RAW MEA(t), (Time running out). Nice concealment of the necessary capitalisation of Fish by putting it at the beginning. 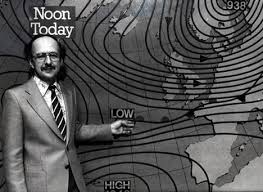 6d           Backs  element in legal case (7)
{DEFENCE} – Double definition.  The part of a football team where you find the backs is also one side of a legal case or trial.  This was my last in! I knew what the answer was but it took a while for the penny to drop on where it came from.

13d         High street concern as a French doctor with little energy tucked into coffee (10)
{LAUNDRETTE} – A place you may find on the high street (although there seem to be few of them nowadays) is the French indefinite article, an abbreviation for doctor and E(nergy) all placed inside (tucked into) a type of milky coffee. 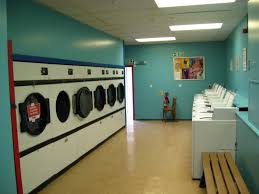 18d         Austere figure from church stopping wine clubs (7)
{ASCETIC} – Place the abbreviation for the Church of England inside (stopping) the usual Italian fizzy wine and follow with C(lubs).

Quite a bit of blue today but my favourite is 5d.