Although I could be wrong, I suspect that today’s setter is Petitjean (there are a few trademark clues dealing with food and music). If I’m right then I’m slightly disappointed because he’s usually one of my favourite back-page setters, but I thought that this one was pretty mechanical with not a lot of sparkle.
Do give us a comment with your thoughts. If you want to reveal an answer just highlight the gap between the brackets under the relevant clue.

1a  Old American who takes pledge? (6)
{PAWNEE} – double definition – a member of a Native American tribe and someone who will give you a loan against something valuable that you hand over as a pledge.

4a  Original child likely to be favourite (4-2)
{ODDS-ON} – when split (3,3) this could be an original or unconventional child.

8a Turn crimson about unknown Old Boy network (8)
{CRONYISM} – an anagram (turn) of CRIMSON contains (about) an algebraic unknown.

11a  Basic loyalties covering up disgust (4)
{CLOY} – this is a verb meaning to sicken or disgust with an excess of sweetness or sentiment (like a particularly mawkish film). It’s hidden (covering up) in the clue.

13a  Wanton petulance involving a caught and bowled is not to be tolerated (12)
{UNACCEPTABLE} – an anagram (wanton) of PETULANCE has A, C(aught) and B(owled) inserted as single letters.

16a  Undecided when trick is seen in full (12)
{INCONCLUSIVE} – a trick or hoax goes inside (is seen in) an adjective meaning full or all-embracing.

20a  Disregard northern cold in nightie (10)
{NEGLIGENCE} – in the surface disregard is a verb but as the definition it’s a noun. Insert N(orthern) and C(old) in a type of flimsy nightwear. 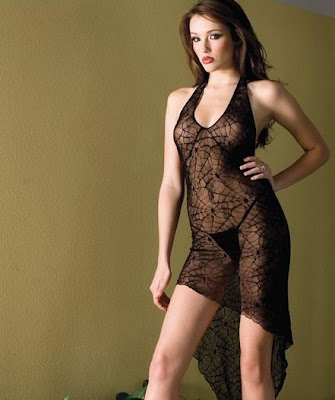 22a  Cold plain fish doctor’s eaten (6)
{TUNDRA} – a type of fish has one of the abbreviations for doctor inserted (eaten).

23a  It’s heavenly in this place and others around (8)
{ETHEREAL} – an adverb meaning in this place has an abbreviated latin phrase (2,2) meaning ‘and other people’ placed round it.

24a  Sharp bend in track before part of course (6)
{DOGLEG} – a verb to track or follow is followed by a stage or section of a course.

25a  Feature with old records reviewed in turn (6)
{ASPECT} – reverse (reviewed) outdated vinyl formats inside a turn on stage.

1d  Norm twisted ankle here in Mayfair (4,4)
{PARK LANE} – a synonym for norm or standard is followed by an anagram (twisted) of ANKLE.

2d  Out-of-tune backing in ‘God Only Knows’ (5)
{WONKY} – reversed (backing) in the clue is an adjective meaning shaky or out-of-tune. ‘God’ isn’t used in the wordplay but contributes to the amusing surface – I’ll leave you to decide how accurate it is.

3d  Gourmet wants large-scale curries now and then (7)
{EPICURE} – an adjective meaning large-scale, normally applied to a poem, book or film, is followed by the even letters (now and then) of curries.

5d  Following start of divorce violent brutish husband wanting to cause upset (7)
{DISTURB} – after the starting letter of D(ivorce) we want an anagram (violent) of BRUTIS(h) from which H(usband) is wanting, i.e. missing.

7d  Denim bush jackets a sign of bad weather? (6)
{NIMBUS} – a dark-grey portent of rain is hidden (jackets) in the clue.

9d  Principal canteen in a mess for repairs (11)
{MAINTENANCE} – an adjective meaning principal or primary is followed by an anagram (in a mess) of CANTEEN.

14d  American fast food? Cool, I will get chow maybe (6,3)
{CHILLI DOG} – a verb meaning to cool is followed by I (from the clue) and the type of animal that a chow is an example of.

15d  In the past actors could be leaden (8)
{OVERCAST} – a charade of an adverb meaning in the past or at an end and the list of actors in a play or film.

17d  Relative got acne badly (7)
{COGNATE} – a relative, normally on one’s mother’s side, comes from an anagram (badly) of GOT ACNE.

My top clue today was 2d. How about you?