Hola from the Vega Baja.  OK, I know, it’s confusing to find me here on a Tuesday!  After the musical chairs of the last few weeks I have to say that I am certainly “Bewildered of Almoradí” but . . . Falcon has also moved from Wednesday to Thursday (along with me) and it’s his turn this week. So, as Pommette is in the UK and I don’t have a lot to do, I thought I’d give Gazza a well-earned break – he certainly does more than his fair share on this blog!.  (Thanks muchly Gazza – I don’t know where we’d all be without you!)

Anyway, on to the puzzle. I thought it was pretty tricky for a back-pager but that might just be me being distracted by the US Open tennis final  – puzzle solved while watching Andy Murray’s fantastic victory so I’ve no idea about time but I reckon 4* for a back pager isn’t unreasonable.  For entertainment? I have to say the tennis was better than the crossword!  Too many anagrams for my taste but quite enjoyable overall.

1a           Man very curious about slogan sung in fleet (8,4)
{MERCHANT NAVY} –  This is the fleet that flies the Red Ensign rather than white. It’s an anagram (curious) of MAN VERY placed about a slogan that is sung. 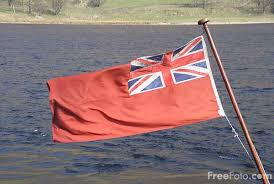 9a           Liner hit it, an iceberg somewhat hidden (7)
{TITANIC} – The liner that hit the iceberg is hidden (somewhat hidden) in the clue.  Haven’t we had enough of this ever since the 100th anniversary?

14a         Hindu text discovered in ark, a must for translation by head of academy (4,5)
{KAMA SUTRA} – To get this sexy Indian text you need an anagram (for translation) of ARK A MUST and then A (head of Academy). 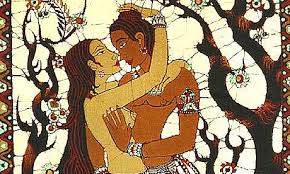 16a         Advance payments required to secure audio player? The direct opposite (9)
{ANTIPODES} – Take some advance payments, made when playing poker for example, and insert (to secure) one of those audio players that don’t need CD’s etc.  I don’t know the diference between the pods, pads or phones but I do know that POOR DEVIL is an anagram of IPOD LOVER!

19a         Man’s lost Wings hit of long ago? (5)
{OLDIE} – If you think of a word for a man in the armed forces and remove the first and last letter (lost wings) you’ll be left with something that features non-stop on ‘Steve Wright in the Afternoon’ on Radio 2.

26a         Pitching on new lawn (7,5)
{BOWLING GREEN} – Not sure how to explain this, or even if it’s really fair!  The first word is pitching, as perhaps in baseball, and the second means new or untried and put together they make a finely cultivated area of grass. 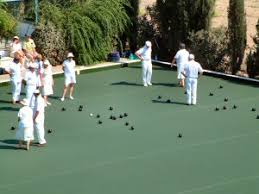 1d           Singer, a Jackson, in pop band in Mali, performing (7)
{MAHALIA} –  This is, apparently, a very famous gospel singer with the surname Jackson!  http://en.wikipedia.org/wiki/Mahalia
You need to insert a Norwegian pop band into (in) an anagram (performing) of MALI.   Hands up all those who tried to make MICHAEL work! I did! Well, it has all the letters of MALI, and he’s a Jackson but where would the CHE come from? – our favourite revolutionary is absent on parade! Took a bit of Wiki to sort this one as I’d never heard of her!

3d           Browbeaten ambassador knight kissed quickly (9)
{HENPECKED} – Abbreviation for the title of an ambassador, N (knight in chess notation) and a word for kissed quickly (usually on the cheek) gives a word for browbeaten, by the wife maybe.  There’s no truth in the rumour that Pommette does this to me – and I have her permission to say that! 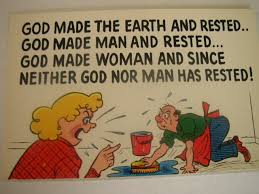 6d           Price e.g. of outlet incorporated therein (7)
{VINCENT} – Price is a definition by example and it’s the first name of a famous film actor.  You need an outlet or opening and insert (therein) the abbreviation for incorporated, as in an American company.

7d           Station in London being supplied with choice fruit (8,4)
{VICTORIA PLUM} – A fruit is a charade of a London station and a word meaning choice or best.

10d         Excitedly watch bee and a big butterfly (7-5)
{CABBAGE WHITE} – An anagram (excitedly)of WATCH BEE and A BIG.  I’m not always keen on split anagram fodder but I think this one works. 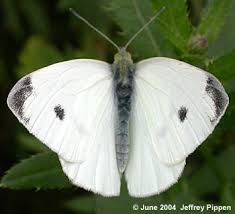 17d         Wrong about working round place in Ontario (7)
{TORONTO} – A city in Ontario is a legal wrong placed around (about) a word for working, as in not off, and then an O (round).  We had Ottawa last week so watch out for Winnipeg or Montreal in the near future!

18d         Overcome dire peril crossing Virginia (7)
{PREVAIL} – Place an anagram (dire) of PERIL around (crossing) the abbreviation for the state of Virginia.

20d         Cavalryman, a stupid person to support Democrat as well as Republican (7)
{DRAGOON} – Take A (from the clue) and a stupid person (Harry Secombe?) and place them after (to support in a down clue) D(emocrat) and R(epublican) and you get a mounted infantryman.  We had Hussar yesterday! Is there something going on here?

Some good stuff here but my favourite of all has to be 4d (because I was watching Andy Murray winning while solving!).