Hola from the Vega Baja.  Pommette’s in the UK again this week so, as I’m at a loose end (!), Gazza has kindly given me the opportunity to blog this Giovanni puzzle. Not sure I really enjoyed it all though, which is unusual for one of his! I thought that there were some very nice clues and some enjoyable penny-drop moments but also some slightly dodgy bits (IMHO) and the gratuitous inclusion of some rather obscure words. Maybe it’s just me being a grumpy old man this morning. I’ll be interested to hear what you think of it.

As usual the ones I like best are in blue and if you want to see the answer highlight the space between the curly brackets.   Please leave a comment telling us what you thought.  You can also add your assessment by selecting from one to five stars at the bottom of the post.

9a           One of the Everly Brothers has drunk a bottle (5)
{PHIAL} – Take the name of one of the Everly brothers and insert (has drunk) A (from the clue) and you get a small bottle.  Another first across clue that went straight in! I tell you, I’m heading for a fall soon! 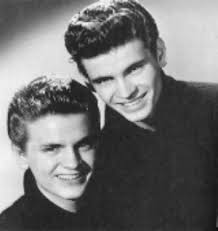 12a         What water may be from plateau coming to river (7)
{POTABLE} – Water that’s fit to drink is this.  Start with our favourite Italian river and after it (coming to) place another word for a plateau.

13a         Military action, say, is about capturing enemy primarily (5)
{SIEGE} – To get this military action you need the usual abbreviation for say or for example and IS (from the clue) and reverse it all (about). Then insert (capturing) an E (Enemy primarily).

16a         Girl alone embracing musical performance in an embarrassing way (15)
{DISCONCERTINGLY} – Start with a shortened girl’s name and follow with a word meaning alone or solo and then insert (embracing) a musical performance and you get a word which can mean “in an embarrassing way”.  Not 100% sure about this definition but it is in the BRB.

19a         Unfinished business could mean someone will trip up? (5,4)
{LOOSE ENDS} – If your floorboards or carpets had these it’s quite likely that someone would trip up. It’s also a phrase for unfinished business in the sense of being a few minor bits left to sort out.

21a         Female that’s left after lunchtime maybe given her cards? (5)
{FIRED} – Definition is ‘given her cards’ or sacked. It’s F(emale) followed by the hour at which lunch is taken and then (after) the colour associated with the left of the political spectrum.  This clue wouldn’t really work in Spain as lunch is commonly taken some time between 2pm and 4pm.

23a         British singer who partnered John in film in foreign country (7)
{BOLIVIA} – This is a foreign country in South America. It’s B(ritish) followed by a female singer who starred with a guy called John in a 1978 musical film set in an American High School. Her surname also has ‘John’ in it but I don’t think that’s relevant. 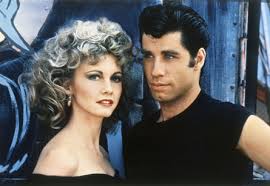 25a         Loose grass skirts being worn — Malay garments? (7)
{SARONGS} – To get these Malay garments you need an anagram (loose) of GRASS and place it around (skirts) a word that might describe something that’s being worn, as in “She’s got her best sarong **”.

27a         There’s nothing right about mucky coalmen crossing that sterilised area (5,4)
{CLEAN ROOM} – This is a decontaminated area used in pharmaceutical manufacture or biological research for example. Start with O (nothing) and R(ight) and reverse them (about), then surround (crossing) with an anagram (mucky?) of COALMEN.  This anagram indicator is a new one on me but does it work?

28a         Rapid writer (5)
{SWIFT} – A word meaning rapid is also the surname of an Irish author and satirist.  I like this for its simplicity. I wonder if he did write quickly, if he did it would be a near-perfect clue!

1d           Vertebral column stunted? One may get a doctor for that (4)
{SPIN} – This isn’t a medical doctor but one employed by politicians. It’s your backbone without it’s last letter (stunted).

3d           Carefree bishop able to move about easily (10)
{BLITHESOME} – A rather obscure word for carefree or happy is made up of B(ishop) and then an equally obscure word for ‘able to move about easily’, as in agile or nimble.  Last in! Not the sort of words you use in everyday conversation. In fact, I don’t think I’ve ever used either of them!

4d           School hospital indicated with pointer (6)
{HARROW} – A public school in NW London (Winston Churchill went there) is H(ospital) followed a type of pointer which might be used to  indicate ‘hospital this way’.  Nice to see a change from the usual Eton! 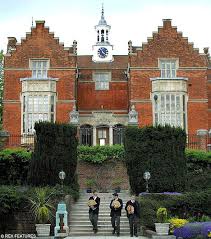 5d           Arrive outside place and run electronic machine (8)
{COMPUTER} – If you’re reading this then you’re  probably using one of these electronic machines. Take a word for arrive and place it around (outside) a word meaning ‘to place’ and follow with R(un).

8d           Deplore being messed about before you had to be given new work? (10)
{REDEPLOYED} – An anagram (being messed about) of DEPLORE followed by an archaic (before?) way of saying you’d (you had) gives a word for being given new work, as in a new job.  I think the word ‘before’ is trying to indicate the old form of you but for me it doesn’t quite work.

13d         Configuration putting cyclist at full stretch? It’s a pig! (10)
{SADDLEBACK} – Split (6,4) this would be a configuration of a bike that would but the cyclist at full stretch in order to reach the handlebars. As ten letters it’s a breed of pig.  Apparently there are ‘Essex’ and ‘Wessex’ ones and they’ve been crossed to produce a ‘British’ one! One lives and learns! 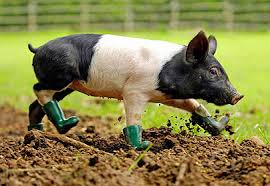 15d         Artist takes dope before repose in wild wooded area (10)
{RAINFOREST} – Take the usual artist (2) and follow with a word for dope, as in data or gen, and then a word for repose or take it easy. The result is a wooded area found in the tropics.

17d         Ought a Head of State to jostle? (8)
{SHOULDER} – A word meaning jostle is a charade of another word for ought and the abbreviation for our current Head of State.

20d         Opening word seems to be magical outside entrance to antrum! (6)
{SESAME} – The definition is ‘Opening word’ and it’s the one used by Ali Baba to open the cave. Take an anagram (magical) of SEEMS and place it around (outside) an A (entrance to Antrum). This is quite a nice clue as an antrum is a cavity and the entrance to the cave was opened and closed by magic – clever methinks!  Did you hear the clang when the penny dropped?

22d         Artist produces centrepiece of grey and black in Paris (6)
{RENOIR} – Not the usual artist this time! This impressionist painter is made from RE (centrepiece of gREy) followed by the French word for black. 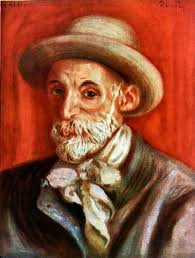 24d         Thoughtless-sounding fan (4)
{VANE} – Another word for one of the blades of a fan or turbine sounds like (sounding) a word meaning thoughtless or egotistical.  Another definition I’m not too keen on but it’s in the BRB!

Quite a lot of good stuff here but my stand out favourites are 14a and 20d. How about you?