Hola from the Vega Baja.   On the night shift again! Been out to dinner with some friends and got home at exactly 0100CEST so the puzzle had just come on line and it seemed rude to ignore it!  Glad I didn’t as I really enjoyed it as an after dinner treat (if  I’d gone to bed at that time I would have been very grumpy in the morning)!  Maybe it’s the post prandial brandy but I thought one or two of the clues were a bit tricky but overall not too hard, maybe only 2* for most of you but it was just into 3* time for me.  Nice spread of clue types today though so that added to the fun.

1a           Filming spectators in range (8,7)
{SHOOTING GALLERY} – This range is a place you might practise with a gun at a fairground. First word means filming, as in photographing, and the second is the spectators in a theatre perhaps.  First in – happy bunny again (2 weeks running)!

9a           Unfashionable players in Coventry? (7)
{OUTCAST} – Someone sent to Coventry would be this and it’s a charade of a word for unfashionable followed by the usual players, as in actors.

10a         Quietly admit to be lacking depth (7)
{SHALLOW} – A way of telling someone to be quiet (2) followed by a word meaning admit or permit gives a word describing something lacking depth.

11a         I’m ready to face university with no preparation (9)
{IMPROMPTU} – IM (from the clue), a word meaning ready or on time and then a U(niversity) is a word describing something done without preparation or rehearsal.

15a         Impression created by becoming topless (7)
{ETCHING} – This impression is a word for becoming, as in attractive, without its first letter (topless).  I’ll resist the photo opportunity for the sake of decorum!

17a         Stops in abandoned side streets (7)
{DESISTS} – A word meaning stops is an anagram (abandoned) of SIDE followed by the usual abbreviation for streets (remember it’s plural). Obviously Jay has never been to Moss Side in Manchester otherwise he would know this is something you would never do, if you wanted to keep the alloy wheels on your car, simply stopping at red traffic lights is risky!!

21a         Spread of a mould, starting in alimentary canal (5)
{GAMUT} – This is the spread of something.  You need A (from the clue) and M (Mould starting) and place them in a common word for your alimentary canal.

23a         Tiger, say, in most of answers providing copy (9)
{REPLICATE} –  Not sure how to explain this one, but here goes!  Think of another word for ‘answers’ and remove the final S. Now insert what a tiger is a large example of (say) and you’ll get a word meaning copy.  Hope that made some sort of sense!

25a         Accessory for a formal suit with new cut around top of neck (7)
{ADJUNCT} – Another one a bit complicated!  This accessory or addition is formed from A (from the clue), a 2 letter abbreviation for a formal suit, worn by men at posh functions, and then an anagram (new) of CUT placed around N (top of Neck).  Why does Jay do this to me? I’m sure his clues used to be easier to explain! Or is it the post-prandial brandy? 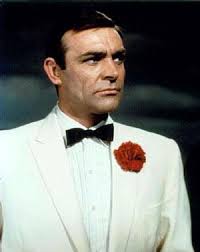 27a         Traumatic, seeing poor heart being broken (5-10)
{EARTH SHATTERING} – This is another way of describing something traumatic.  It’s an anagram (poor) of HEART followed by a word meaning being broken or smashed.

3d           Things going to pot see a stoic panicking (3-6)
{TEA COSIES} – These things that keep your pot of morning drink warm are an anagram (panicking) of SEE A STOIC.  Sorry to those who drink coffee in the morning but I’m sure you’ll get my drift! 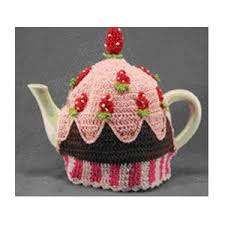 4d           Where one may write comment on pied-à-terre? (4-3)
{NOTE PAD} – This is something on which you might write something. It’s a word for a comment followed by a slang term for an apartment or pied-a-terre.

7d           Wild rose, for example, on worker in queue (9)
{EGLANTINE} – A wild rose, which I only ever come across in crosswords, is formed from the usual abbreviation of  ‘for example’ followed by the usual worker inserted into a slightly American word for a queue. 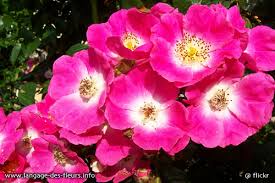 16d         Set up argument against human form (9)
{CONFIGURE} – A word for against, as in not pro, followed by a term describing the human form or body shape means to set up – a computer system perhaps.

18d         Time spent in gaol as part of course (7)
{STRETCH} – The length of you time in gaol could also describe the straight parts of a racecourse.

20d         Pouring, though appearing to have time for start (7)
{TEEMING} – Pouring with rain, not uncommon this year apparently!  It’s a word for appearing but the first letter is changed to a T (T(ime) for start).

22d         Fish smell with no origin (5)
{TENCH} – Take a horrible smell and remove the first letter (with no origin) and you get a bottom-feeding freshwater fish.

Lacking photo opportunities today, unless my imagination has deserted me, but I did manage a girl, a boat and Rafa for the ladies!
Not sure about favourite but I think it might just be 27a. What do you think?