A very easy Toughie for a very rainy Jubilee Bank holiday. Being able to guess the songs from just a few letters helped, but the whole puzzle was done and dusted very quickly.

1a    Cause confusion in performing acid blues to mob (14)
{DISCOMBOBULATE} – this verb meaning to cause confusion seems to come up more often in crosswords than it does in real life! – it’s an anagram (performing) of ACID BLUES TO MOB

9a    Former prisoner at length holds one reference (7)
{LEXICON} – start with a former prisoner (2-3), precede him with L(ength) and insert (holds) I (one) to get another name for a dictionary

12a    Norm keen to catch one rare group of owls (10)
{PARLIAMENT} – start with a three-letter word meaning the norm and follow it with a verb meaning to keen or wail over the dead and finally insert I (one) to get a little-used term for a group of owls – but it’s in The Mine!

A thing of beauty is a joy for ever;
Its loveliness increases; it will never
Pass into nothingness; but still will keep
A bower quiet for us, and a sleep
Full of sweet dreams, and health, and quiet breathing.
Therefore, on every morrow, are we wreathing
A flowery band to bind us to the earth,
Spite of despondence, of the inhuman dearth
Of noble natures, of the gloomy days,
Of all the unhealthy and o’er-darkened ways::
Made for our searching: yes, in spite of all,
Some shape of beauty moves away the pall
From our dark spirits. Such the sun, the moon,
Trees old and young, sprouting a shady boon
For simple sheep; and such are daffodils
With the green world they live in; and clear rills
That for themselves a cooling covert make
‘Gainst the hot season; the mid forest brake,
Rich with a sprinkling of fair musk-rose blooms:
And such too is the grandeur of the dooms
We have imagined for the mighty dead;
All lovely tales that we have heard or read:
An endless fountain of immortal drink,
Pouring unto us from the heaven’s brink. 2d           Royal family cruelly tax 22 boroughs (4-6-5)
{SAXE-COBURG-GOTHA} – this royal family that was started by the son of Queen Victoria and Prince Albert was renamed to Windsor by George V – it’s an anagram (cruelly) of TAX, the answer to 22 across and BOROUGHS 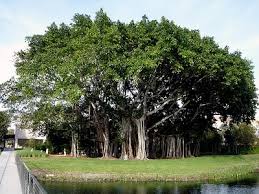 Simple and straightforward, but definitely not a Toughie.