Hola from the Vega Baja where the weather has been great for the last few days – it’s been nearly as warm as the UK!

Today we have the usual great stuff from the Wednesday Wizard and with the added bonus that it’s a pangram. I think this is the first one Jay’s produced since I started doing the Wednesday blog – unless there’s been one I missed or have forgotten about! It didn’t help me much as I’d got all the obscure letters before twigging.  It’s mostly straightforward, with a few anagrams nicely spread around the grid to get you going, but there’s a few I think will cause a bit of head-scratching.

7a           A bid for change — queen finally made to give up (8)
{ABDICATE} – The definition is give up. Start with A (from the clue) followed by an anagram (for change) of BID, then the animal of which a queen is the female and finally E (finally madE).  A tricky one to start with! I don’t think we’ve seen this meaning of the word queen for a while.

9a           Send abroad somebody skilful, with love for English (6)
{EXPORT} – To get this word meaning to send goods abroad you need to think of another word for somebody skilful and change the E to an O (love (O) for English).  This was my first in, I’m finally getting better at spotting these substitution clues! 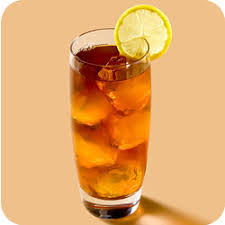 11a         Ladies with day left in struggle for illumination (10)
{FLOODLIGHT} – This clue would work just the same with gents as the first word. Take what the ladies is an example of, D(ay) and L(eft) and insert them into (in) another word for a struggle and you get a large source of illumination.  We had this meaning of ladies a couple of weeks ago! 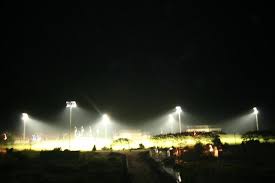 15a         Fruit initially served in Rover’s Return (6)
{DAMSON} – To get this fruit you need to reverse (return) another word for a rover or travelling person and insert S (initially Served). I used to make a rather revolting wine from this fruit as we had a tree at the end of the driveway! It was OK as a 26a!

20a         Tight-lipped and tense editor shut away (8)
{CLOSETED} – This word meaning shut away is a charade of another word for tight-lipped, T(ense) and the usual editor.

22a         Television supporter of course gets somewhere to sit (6)
{SETTEE} –Start with another way of referring to a TV and follow with a supporter on a golf course, not a fan of Tiger Woods but the supporter of his golf ball, and you get a seat (somewhere to sit) for more than one person.

25a         Frisk doctor in prison (6)
{GAMBOL} – A word meaning to frisk, as lambs are said to do, is one of the abbreviations for doctor placed in another word for prison.  I was thinking frisk = search at first which held me up a bit, d’oh!

26a         Drink from quiet hotel in Kent area beside river (8)
{SPRITZER} –  A drink made from wine with soda water or lemonade is made by inserting the usual letter for quiet and a famous London hotel (there’s one in Paris as well) into the area of England where Kent is followed by R(iver).  Around here red wine and lemonade with ice is called ‘Tinto de Verano’ – (Summer red) and it’s very refreshing on a hot day 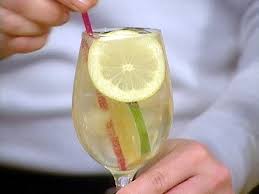 3d           Reprimand leader missing in upset (6)
{EARFUL} – A slang term for a reprimand or telling off. Take another word for upset and remove the first letter (leader missing).

4d           Plant singled out needing to absorb energy (8)
{SEEDLING} – A generic term for a newly sprouted plant is an anagram (out) of SINGLED with E(nergy).  I feared this was going to be some sort of flower that I’d never heard of until the penny dropped! 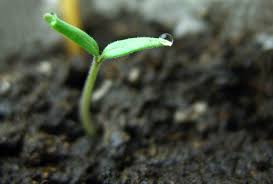 6d           He has a target of a run before church — then beer regularly (6)
{ARCHER} – This person who shoots at a target is made from A (from the clue), R(un), and abbreviation for church and the alternate letters (regularly) from beer. 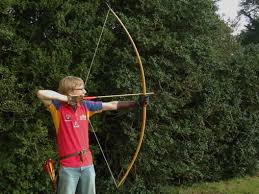 8d           Recalled and officially cancelled, lacking leader (6)
{EVOKED} – To get a word meaning recalled, as in stirred memories, you need a word for (officially) cancelled or rescinded without it’s first letter (lacking leader).   Not sure the word officially is strictly necessary for this clue to work but it helps the surface I think.

13d         Fingerprints trapping members who in Paris will be failures (4,6)
{DAMP SQUIBS} – These are failures in the sense of things that don’t happen as well as expected. Take a colloquial term for fingerprints and insert (trapping) some members of parliament (remember it’s plural) and the French word for who (who in Paris) and split the result (4,6).

16d         Honestly shifting around — in a furtive way (2,3,3)
{ON THE SLY} – This way of doing something in a furtive or underhand way is an anagram (shifting around) of HONESTLY.  I do like ‘apposite anagrams’ and this is a good one, nearly as good as MARGARET THATCHER = THAT GREAT CHARMER!

18d         Excused retired European politician on trend, oddly (8)
{EXEMPTED} – Start with a common  crosswordland way of referring to someone retired, or no longer involved, and follow with E(uropean), a politician and then the alternate letters (oddly) of trend and you’ll get a word meaning excused.

19d         Standards to be aimed at in island trades (6)
{IDEALS} – These are certainly standards we should all aim for. They are the usual abbreviation for island and some trades or business transactions.

21d         Freedom to move with little backing in place (6)
{LEEWAY} – To get this freedom to move take a word for to place or set down and insert a reversal (backing) of a Scottish word for little.

22d         Vessel carrying fruit — and weapons (6)
{SPEARS} – Place a fruit inside the usual abbreviation for a seagoing vessel and you’ll get some weapons. 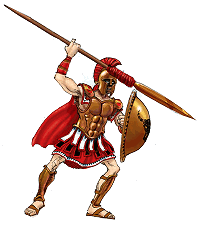 24d         Project onset of endless growth (4)
{JUTE} – This is a growth in the sense it’s a plant. Take another word for project or stick out and follow with E (onset of Endless).

Many good clues in this one but my favourite is 16d, as I said, I do like apposite anagrams.  Bit thin on opportunities for gratuitous pictures this week.