Toughie No 737 by Warbler

Bufo is taking a sabbatical this week, so Digby has done my back-page review and I have taken over the responsibility for the Toughie review.

It doesn’t take long to realise that there is a theme in today’s puzzle. Fortunately 23 across, the key to the theme, is a straightforward anagram and that makes the whole puzzle relatively easy.

7a    Gosh! Game point may be subject to bribes (7)
{CORRUPT} – a charade of an exclamation similar to gosh! and the abbreviations of a team sport and point gives an adjective meaning subject to bribes

13a    Republican American’s bribe starts only hope in Leningrad. He admires things Soviet (9)
{RUSSOPHIL} – string together R(epublican), an abbreviation for American, a bribe and the initial letters (starts only) of the next three words to get someone who admires the culture, language, political system, etc. of the former Soviet Union

15a    Accumulates assortment of UK pedal cars (5,2)
{RACKS UP} – this phrasal verb meaning accumulates is an anagram (assortment) of UK, the abbreviation of the foot-operated pedal on a musical instrument and CARS

17a    Quiet, reformed yob harbours mature 23 (7)
{PAGEBOY} – the abbreviation of the musical term for quiet and an anagram (reformed) of YOB are placed around (harbours) a verb meaning to mature to get another 23 across

18a    Losing heart senoritas act wildly — playing these? (9)
{CASTANETS} – an anagram (wildly) of SEN(ori)TAS without the middle three letters (losing heart) and ACT gives something the senoritas might be playing

24a    A marine tracking beam that capsizes destroyer’s bow and mast (7)
{YARDARM} – A from the clue and the abbreviation for a marine follow (tracking) a beam that has been reversed (capsizes – more usually used in a down clue) and the initial letter (bow) of Destroyer’s to get a mast, or more accurately the tapering outer extremity of a long beam on a mast

25a    Husband gets antique — a fifty-litre receptacle (7)
{HOLDALL} – a charade of H(usband), an adjective meaning antique, the Roman numeral for fifty and L(itre) gives a receptacle for carrying clothes 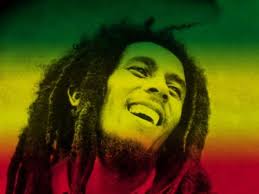 2d    Scottish promontory and French 23 (6)
{MULLET} – a Scottish word for a promontory like Kintyre is followed by the French for and to get a much-maligned 23 across that is short at the front, long at the back, and ridiculous all round [thanks to Myops for reminding me of the definition given in Chambers]

3d    Catching cold, prone to off-colour 23 (4,4)
{ETON CROP} – put C(old) inside (catching) an anagram (off-colour) of PRONE TO for another thematic answers

4d    Represents criminal 18, bypassing web (4,2)
{ACTS AS} – a phrasal verb meaning represents is an anagram (criminal) of 18 across after dropping (bypassing) the world wide web

7d    Without question spiteful woman, say, by word of mouth, encapsulates vice intrinsically (13)
{CATEGORICALLY} – to get this adverb meaning without question or absolutely start with a spiteful woman (3) then add the abbreviation of the Latin for say or “for example” and an adjective meaning by word of mouth, the last part being placed around (encapsulates) the middle letters (intrinsically) of vICe

16d    Boozer’s acting style leading to depression (8)
{SOAKAWAY} – a charade of a boozer (the drinker, not the place), A(cting) and a style gives a depression into which water percolates 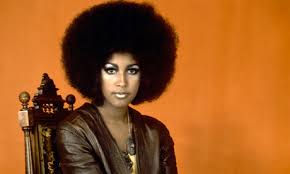 This was good fun to solve, but not particularly tough.