Toughie No 731 by Cephas

A pleasant puzzle, albeit not at the difficult end of the Toughie spectrum.

8a    African spirit returns, meeting Queen in a novel (8)
{NIGERIAN} – to get this African start with an alcoholic spirit, reverse it (returns) add the usual abbreviation of Elizabeth Regina and an anagram (novel) of IN A

9a    Amateur songster? (6)
{LAYMAN} – this amateur could be someone who writes songs

18a    American’s in a submarine, maybe, enjoying life? (2,1,4)
Newspaper version – Going round having period of good fortune ( 2,1,4) [Thanks Pegasus]
{ON A ROLL} – this could mean in the type of long sandwich that the Americans call a submarine actually means enjoying life 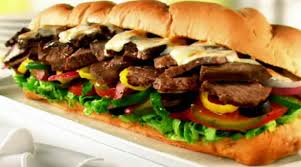 24a    Refasten broken window (8)
{FENESTRA} – an anagram (broken) of REFASTEN gives a window or small opening – easy if you know your Latin! 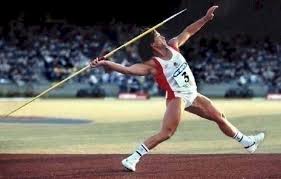 27a    Reported dirty place that’s an eyesore? (4)
{STYE} – what sounds like a dirty place inhabited by pigs is actually an eye infection

1d    Restrain worker on strike (8)
{HANDCUFF} – this verb meaning to restrain is a charade of a worker (not the usual ant or bee, but a human worker!) and a verb meaning to strike with the open hand

2d    Soldier’s turn with vulgar-sounding escort (6)
{GIGOLO} – run together a US soldier, a turn and what sounds like an adjective meaning vulgar to get a male escort

4d    Male youth who could be a miss? (6,3)
{NEARLY MAN} – a slightly cryptic definition of someone who narrowly fails to achieve expected success

6d    Bit of a laugh before unknown excitement causes snitch irritation (3,5)
{HAY FEVER} – put a bit of a laugh (two letters that are usually repeated) in front of a mathematical unknown and add some excitement to get an irritation of the nose (snitch) caused by pollen

13d    French church remote and ornate (5-4)
{NOTRE-DAME} – this Gothic cathedral church in Paris, dedicated to the Virgin Mary, is an anagram (ornate) of REMOTE AND 21d    Nonconformist padre acquires university study (4,2)
{READ UP} – put an anagram (nonconformist) of PADRE around (acquires) U(niversity) to get a phrasal verb meaning to study

A very gentle start to the week. What will tomorrow bring?