“Happy Eightieth to Roger Squires” was the round-about nina in NTSPP 106, and the event was well and truly, if a few days prematurely, celebrated in the Shropshire village of Ironbridge on Saturday. Rufus’s sleight of hand with a deck of cards is reflected in the wordplay demonstrated in today’s puzzle, and clearly he has lost none of his wit and dexterity, for this is a reprint of his very first DT cryptic puzzle that first appeared on November 28, 1986.

Has it stood the test of time? Please share your views, but join me in wishing the sly old fox all the best for Feb 22nd, and heartfelt thanks for the untold hours of entertainment that he has provided.

13a         Film actress in the dress circle (5)
{GARBO} Probably better-known in 1986, but still making a regular appearance in crossword-land this actress is made up of a word for dress plus O (circle)

19a         It isn’t apparent from Uncle Arthur (7)
{UNCLEAR} Not very well hidden in the last 2 words is a synonym for something a little vague.

22a         Able to pay back in five pound notes, perhaps (7)
{SOLVENT} Insert  V and L (reversed = back) inside an anagram (perhaps) of NOTES to find an adjective meaning financially sound. Smooth surface.

24a         Fire an employee for drinking, maybe (4)
{SACK} Double definition, the second being an old name for a dry wine, particularly sherry.

25a         Use two joints on Sunday? (5)
{KNEEL} I seem to recall that “patella” was the answer to Rufus’s 2 millionth clue. These are part of the joints that you use when you do this in Church.

26a         Wise men having a different image out East (4)
{MAGI} Remove (out) E from image and make an anagram (different) of what remains to form these biblical sages.

29a         It takes pluck to remove it (7)
{EYEBROW} A cryptic definition of something typically removed by a pair of tweezers.

30a         Composer goes to court for judgment (7)
{VERDICT} Another regular guest in crosswords this composer, when added to an abbreviation of court, produces something that is given in court.

2d           Looking pale coming out of a cinema (7)
{ANAEMIC} An anagram (coming out) of the final 2 words translates into a condition resulting from low blood count.

3d           Welshman’s platform (4)
{DAIS} This one must qualify as a chestnut – a familiar Welsh Christian name’s also a raised platform.

5d           Women may have this combination of give and take (7)
{HANDBAG} I always think of Mrs T or Lady B when hearing this word. Split 4,3 it combines words for to give an item to another, and to take – as in the result of a shooting expedition.

6d           Money the school raised (4)
{NOTE} Might this have been the first use of another old favourite? Probably not, but we do see this reversal (raised) of a famous school quite often. 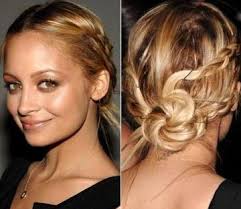 8d           Recognised as famous (13)
{DISTINGUISHED} Double definition – a word meaning to have observed the difference between objects, is also an adjective for someone of particular note or renown.

20d         Catches cavorting seals (7)
{CACHETS} A bit of deception here, as we are looking for a synonym for the kind of seals found on old letters, derived by an anagram (cavorting) of CATCHES

21d         Restoration novel in authentic setting (7)
{RENEWAL} The definition is Restoration – a small word meaning recent is set inside one for authentic.

28d         Up-market transport (4)
{TRAM} A reversal of a kind of market (typically cattle) produces a kind of transport now also making a come-back.

Rufus set the tone for his brand of crossword some 25 years ago, and he has maintained his standards and style ever since. Long may he continue!