This is typical Giovanni puzzle with very precise clueing and smooth surfaces. It’s hard enough to make you think (but not as much of a stretch as yesterday’s). Let us know how you got on in a comment.
My good wishes for the Welsh rugby team obviously did the trick last week so let’s hope for more of the same tomorrow morning so that we reach the final (wouldn’t that be worth celebrating!). Here’s something stirring to get you in the mood for the big match:

1a  Kitchen items subsequently put into containers (5,5)
{PLATE RACKS} – put an adverb meaning subsequently inside the sort of containers used for cigarettes, for example, to make items you’d find in a kitchen.

6a  Smoother line of soldiers (4)
{FILE} – double definition – smoother being “something that smooths”.

8a  Dependability of old hat I used in part of farm (8)
{SOLIDITY} – the quality of dependability or sturdiness comes from inserting O(ld), an informal word for a hat or crash helmet and I inside a farm building.

9a  Number classically participating in excursion (6)
{NINETY} – the Roman (classically) way of writing this number is hidden (participating) in the clue.

10a  PM has no hesitation going round pub — it adds a bit of spice (8)
{CINNAMON} – it’s the name of our current PM (Dave himself) that we want here. Remove the letters signifying hesitation from his name and put what remains round a synonym of pub to make an aromatic spice.

11a  Like many a church notice across, say, Ireland? (6)
{AISLED} – this is a beautifully smooth clue requiring a “lift and separate”, with the definition being “like many a church”. Put the abbreviation for a notice or poster around (across) what Ireland is an example of (say).

12a  One’s sworn at husband, wanting love primarily (4)
{OATH} – something that’s sworn is built from AT and H(usband) with the letter used for zero or love (as in tennis) first (primarily).

18a  Soldiers getting punished to become improved (7)
{REFINED} – join together the abbreviation for the Royal Engineers (soldiers) and punished (in a way that hits your pocket).

20a  Jane providing song for us to hear (4)
{EYRE} – the surname of Charlotte Bronte’s heroine sounds like (for us to hear) a synonym of song. 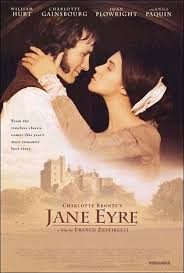 23a  Patient finally given anaesthetic — it’ll ensure lack of movement (6)
{TETHER} – something to stop an animal wandering off is made from the last letter (finally) of (patien)T followed by an anaesthetic.

25a  Shrub is hidden behind seaside building (6)
{PIERIS} – I’ve never heard of this evergreen shrub which is native to North America and Asia but the wordplay is straightforward. IS follows (hidden behind) a structure found at many seaside resorts.

26a  Somehow detain this writer coming in — there’s a medical disorder (8)
{DEMENTIA} – an anagram (somehow) of DETAIN includes how the writer would refer to himself.

27a  Plant that’s isolated deprived of nitrogen (4)
{ALOE} – remove the chemical symbol for nitrogen from an adjective meaning isolated or solitary to leave a plant, the juice from which can be used in a strong laxative.

28a  Artist holy and unconventional when covering conflict (4,6)
{ANDY WARHOL} – this twentieth century American artist and film maker is an anagram (unconventional) of HOLY AND around (covering) a synonym for conflict.

1d  Job given to character to provide a means of communication (8)
{POSTCARD} – this means of sending greetings is a charade of a job and an odd or amusing character.

2d  Heather, initially very good, is not very well (6)
{AILING} – if you see heather in a crossword clue there’s a good chance that you want either ling or erica. It’s the first here – precede it (initially) with an abbreviation meaning very good.

3d  Make beloved stop with ‘Attention!’ (6)
{ENDEAR} – a verb meaning to cause to be loved is a charade of a synonym for stop and a metaphor for attention (as used in Shakespeare’s version of Mark Antony’s eulogy for Julius Caesar).

4d  A new religious study, not English, in multi-author book? (9)
{ANTHOLOGY} – a published book of pieces (often poems) by various authors is constructed from A, N(ew) and the study of religion without its E(nglish).

5d  Sit outside in fine weather — ashen but changing? (8)
{SUNBATHE} – a beautifully constructed clue which is a semi all-in-one. It’s an anagram (changing) of ASHEN BUT. Well, you didn’t expect me to show a picture of an old scrote, did you?

6d  Chinese system that could involve fine hugs (4,4)
{FENG SHUI} – an anagram (could involve) of FINE HUGS is a Chinese system of laws relating to spatial arrangement taking into account the flow of energy, used in the design and fitting out of buildings.

7d  ‘I need time to think’ is what one buried in the crowd may say (3,2,3)
{LET ME SEE} – a phrase that you might use when you’re thinking about what to say next is also what someone (especially if vertically challenged) may cry when hemmed in by a large crowd of people.

13d  Come to end of line in attempt to expose infidelity (9)
{TREACHERY} – the definition here is infidelity. A verb meaning to come to or arrive at and the last letter (end) of (lin)E go inside an attempt.

15d  Group of soldier laid up — rest could be this (8)
{REMEDIAL} – start with the army group involved in electrical and mechanical engineering and follow this with a reversal (up, in a down clue) of LAID to make an adjective describing the curative effects of rest. The clue does work with soldier in the singular but I presume that it was meant to have an S.

16d  Who rears unexpectedly? I’d better not, in battle (8)
{WARHORSE} – an anagram (unexpectedly) of WHO REARS.

19d  One stuck in Orlando wandering about — it’s really dead! (8)
{DOORNAIL} – this is what something totally dead may be compared to (the simile was used as far back as around 1360 in William Langland’s narrative poem Piers Plowman). It’s an anagram (wandering about) of ORLANDO with I (one in Roman numerals) inside.

22d  Little son, someone really small, a bit of a pain (6)
{STITCH} – a bit of a pain in the side (normally brought on by strenuous exercise) comes from an abbreviated (little) S(on) followed by an informal word for a small person.