Giovanni is in a gentle mood today, with nothing too contentious. Let us know how you found it in a comment.
Crypticsue is having a day off, splashing through the rain in her wellies, but she has checked out the Toughie for us and tells me that it’s not as tough as many Fridays. She urges everyone to have a go at it because it has lots that made her smile.

1a  Dim cavalier transformed into high-ranking officer (4-7)
{VICE-ADMIRAL} – an anagram (transformed) of DIM CAVALIER gives us a high-ranking naval officer.

8a  In the morning horse doing circuit was very hot (7)
{STEAMED} – the abbreviation for before noon has a literary term for a horse put around it (doing circuit) to make an intransitive verb meaning was very hot.

10a  Sloppy Sue, idler, having loads of free time (8)
{LEISURED} – how did Giovanni know that Crypticsue is having a lazy day off today? It’s an anagram (sloppy) of SUE IDLER.

11a  Boy knocked over when interrupted by idiotic folk on the move (6)
{NOMADS} – these folk move around a lot. Reverse (knocked over) a male child and insert (interrupted by) a synonym for idiotic.

14a  Absorb meal as it is mashed up (10)
{ASSIMILATE} – an anagram (mashed up) of MEAL AS IT IS gives us a verb meaning to absorb.

16a  No matter what happens, it’s applying to the whole athletics meeting? (2,3,5)
{IN ANY EVENT} – double definition, the second a cryptic description of something that may apply to each discipline at an athletics meeting.

21a  Local people’s bother has British intervening (6)
{TRIBAL} – B(ritish) is inserted (intervening) in a bother or nuisance to make a description of a closely-knit local community.

22a  A crowd, mostly relations, in a Swiss party? (5-3)
{APRES-SKI} – this type of party is not restricted to Switzerland (hence the question mark) but can take place at any winter sports venue. Start with A and add a crowd or throng and relatives without the final N (mostly).

24a  To understand is to make progress, each learner grasped (7)
{REALISE} – the definition here is to understand. A verb meaning to make progress or advance in one’s profession has the abbreviation for each and the letter used for a learner inserted.

25a  Description of peninsula in cold place lacking sun (7)
{IBERIAN} – drop the S(un) from a cold region of Russia to leave the description of a Western European peninsula.

26a  Giants never somehow able to show a heavenly body (7,4)
{EVENING STAR} – an anagram (somehow) of GIANTS NEVER produces a term used for the planet Venus seen shining in the western sky after sunset.

1d  Cambridge maybe can offer model when there’s change all around (7)
{VARSITY} – Cambridge is one example (maybe) of this old term for a university (these days mainly used for sporting events). A verb to model (for an artist or photographer) is surrounded by a verb meaning to change.

2d  Group with little intelligence stuck in bit of the crossword (6)
{CLIQUE} – a 2-letter abbreviation (little) for intelligence is stuck inside one of the 28 bits of this crossword to make a small close-knit group.

4d  What makes it hard to see half the errors (4)
{MIST} – something that reduces visibility is the first half of a word meaning errors.

6d  Greek character holding a dance (7)
{LAMBADA} – the eleventh letter of the Greek alphabet has A inserted to make an energetic Latin American dance. 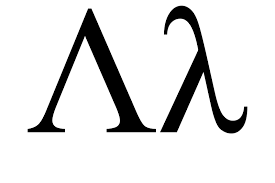 9d  Recklessness with ridiculous speed needing control (11)
{DESPERATION} – a word meaning recklessness is an anagram (ridiculous) of SPEED followed by a verb to control or restrict the supply of something.

12d  Absconding with child asleep (10)
{KIDNAPPING} – the definition here is absconding with. It’s a charade of a child and having a quick doze.

15d  Unknown pub in place devoted to luxury (8)
{SYBARITE} – an adjective describing someone who enjoys a luxurious lifestyle is constructed by inserting the second algebraic unknown and a synonym for pub inside a place.

17d  Liven up a part of the UK with chum (7)
{ANIMATE} – a verb meaning to liven up is a charade of A, a province of the UK and another word for chum.

19d  Bundle of papers, one collected by rough sleeper (7)
{DOSSIER} – insert I (one) in a vagrant or rough sleeper to make a set of documents about an individual person or event.

20d  Order the man to get in cream (6)
{BEHEST} – insert a male pronoun (the man) inside a word meaning cream or elite to form a literary term meaning a command or order.

23d  Priest in short trousers? (4)
{LEVI} – short means that we have to truncate the proprietary name of a brand of trousers. What remains is a Jewish patriarch and a slang term for a clergyman.

The clues I liked best today were 1a and 22a. How about you?