1a           Sailor not taking extreme position? (10)
A cryptic definition of a sailor, like the one in the novels by Frederick Marryat

24a         Poet’s game that’s spoken about (8)
The poet who wrote, among many others, The Charge of the Light Brigade is a charade of a word fragment that sounds like a ball game and a two-letter word meaning about or concerning (not “re” this time!)

28a         Intelligence? Dull subject! (4,6)
This intelligence or common sense is a charade of a word meaning dull, frequently applied to former Prime Minister John Major, and a subject or topic, like Henry VIII’s great one 1d           Get wind about one in case rendered invalid (8)
Put a  violent cold dry north-east wind in Southern France (Derek will know this one!) about I (one) to get a court case that has been rendered invalid 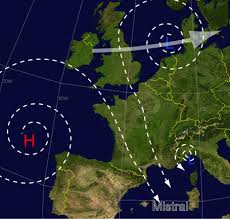 As I was writing, Brian Matthew played this on Sounds of the Sixties!

I saw the group live at the Marquee Club in Wardour Street back in the mid-sixties – followed by coffee at Le Macabre.