Hello all, the man from the Vega Baja is back after a couple of  weeks off while the ‘other job’ intervened. I do wish clients wouldn’t want to travel on Wednesdays – I missed Jay’s 500th because of them!

Maybe it’s just me being a bit thick in the early hours of this morning but I thought this was way above Jay’s normal difficulty level and it came as a bit of a surprise to me on a Wednesday! Only 2 across clues done on first pass but the downs yielded enough to get going. Jay seems to be making a trademark of making his across clues the hard ones!
However, once all the pennies had dropped I realised I had really quite relished the challenge so definitely 4* for enjoyment. You can all disagree with my difficulty rating if you like but, based on my solving time compared with normal, 4* is what it is! (I reserve 5* for if I have to email other bloggers for help, not had to do that yet but this one came close on one clue!). As I said, maybe it’s just me . . .

As usual favourites are in blue and the answer can be seen by highlighting the space between the curly brackets. Please leave a comment telling us what you thought.  You can also add your assessment by selecting from one to five stars at the bottom of the post.

2a.   Ashamed to opt for stewing such food (6,6)
{MASHED POTATO} – This food (one of my favourites with onion gravy) is an anagram (for stewing) of ASHAMED TO OPT.  An easy anagram to start but this puzzle gets a bit harder!

8a.   Centre of fashion also known as a dance (4)
{HAKA} – A Maori dance (?) performed by the New Zealand rugby team, to intimidate the opposition at the start of a match, is made up from the centre letter of fasHion followed by a term meaning ‘also known as’ (as in alias). Took me ages to spot this as the dance in question isn’t that obvious – I was thinking Latin American or Tess Daly etc! Not sure the rugby players would be pleased by by this clue! 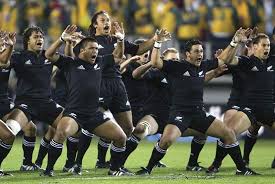 9a.   They may help mountaineers with choices of water (3,5)
{ICE PICKS} – Things mountaineers use in the higher altitudes. The second word is a synonym for choices and the first is frozen water. Not sure this clue really works, unless I’m missing something.

11a.   Book is first-class — a source of hope (6)
{ISAIAH} – A book of the Old Testament is a charade of IS (from the clue), AI (first class), A (from the clue) and source of H(ope).   The term A1 for excellence apparently derives from Lloyds Register of Shipping from 1764 (according to pommette) when ship’s hulls were rated for seaworthiness – one lives and learns!

12a.   Frontmen feel bitter surrounded by heartless looks (10)
{PRESENTERS} – These guys (or girls) are the frontmen on a TV programme. Take a word meaning ‘feel bitter’ and surround it with a word meaning ‘looks’ or stares without its middle letter (heartless). The picture’s for Gazza!

13a.   Left nothing for time in unoccupied use (6)
{EMPLOY} – A substitution clue. The definition is USE. Take a word for unoccupied or vacant and replace the T with LO ( Left O(nothing) for Time). Not sure I’ve explained that very well but it’s the best I can think of!

17a.  Back providing new seat for the party (6)
{FIESTA} – This party, a regular event in Spain, is a word meaning ‘providing’ reversed (back) followed by an anagram (new) of SEAT (which coincidently is a Spanish car manufacturer).  Anyone following my posts will know we had ours in the village last week with the disco until 0400 in the square, about 70m from my bedroom window!

18a.   The bosses phrased lie deceptively (10)
{LEADERSHIP} – The answer is a generic term for those in charge. It’s an anagram (deceptively) of PHRASED LIE.  Nice surface.

21a.   She starts to fish from promenade (6)
{STROLL} – Definition is promenade, as in a gentle walk. Take the first letter (start) of S(he) and follow with a word meaning to fish (by trailing a line from the back of a boat). Used to do this type of fishing for mackerel off the back of ‘Firenze’ but never caught anything worthwhile! Once I got scared witless by a pilot whale blowing about 50m off our stern when I was having a small snooze on the way back from the I-o-M. Thought ‘If I’ve hooked that I’m in deep . . .’

23a.   Popular scene played out with daughter getting angry (8)
{INCENSED} – A word meaning angry is a charade of the usual crosswordland word for popular (2), an anagram (played out) of SCENE and D(aughter).

24a.   Tot covered in ice-cream finally panics and eats (8)
{CONSUMES} – Take the sort of ice-cream which you can easily eat while walking around and insert (covered by) a word for tot or add up, then add S (panicS finally) to get a word meaning eats.

25a.   Source of genuinely ancient metal (4)
{GOLD} – This valuable metal is G (source of Genuinely) followed by a word meaning ancient or passed its sell-by date. Bit like me really! The last 3 letters I mean, not the whole thing!

26a.   One without roots lets no girl on if dressed (7,5)
{ROLLING STONE} – Someone without roots, a wanderer, is an anagram (if dressed) of LETS NO GIRL ON.  After a few tricky ones in the middle we have another easy anagram to finish the acrosses!

1d.   Get to assemble (6)
{GATHER} – This is a double definition. ‘Get’, as in understand or twig and ‘to assemble’ as in get together. This was the one I struggled with the wordplay and nearly shouted for help! Blind or what? Not a good start to the downs for me.

2d.   Second group found in ruins can be little monkeys (9)
{MARMOSETS} – These guys are small members of the monkey family. Take a word for ruins, or spoils (4), and insert (found in) a short amount of time (2) and a word for group or collection (3). Hope that made sense, it’s another of those that’s easier to solve than to hint!

3d.   Hot — moved quietly North (6)
{STOLEN} – A word for ‘moved quietly’ or sneaked followed by N(orth) gives a word meaning hot, in the sense of nicked or pinched. How many of you spent time looking for word where you could move P (quietly) upwards?

4d.  Such philosophers exalt sin — it is set to explode (15)
{EXISTENTIALISTS} – These philosophers are an anagram (to explode) of EXALT SIN IT IS SET.

6d.   Identification mark keeping one inside a Russian forest (5)
{TAIGA} – Take an identification mark or label (3), insert I (one inside) and then add A (from the clue). String that lot together and you get a forest area in Russia or Canada located between the steppes and the tundra. Never heard of this before but it’s gettable from the wordplay and the checkers, needed a bit of dictionary to confirm though! 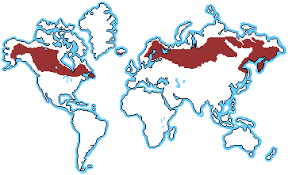 14d.   Crime confined to attendant’s residence (9)
{PARSONAGE} – The crime of lighting fires inserted in (confined to) an attendant gives a residence, of a cleric usually.

15d.   Skilled but very worried suitor has nothing (8)
{VIRTUOSO} – V (Very) followed by an anagram (worried) of SUITOR and O (nothing) will give a person who is extremely skilled at something – often used to describe excellent musicians.

16d.   Count on chap who sells on credit (8)
{TALLYMAN} – Slang word for a man who sells things on credit. A word meaning count, or add up (5), followed by a chap (3).  I think there may be some discussion about whether this is a local dialect word but it’s well known in the north west of England at least.

19d.   EU money once key to unionist party (6)
{ESCUDO} – This is a tricky one IMHO! It’s a currency of the EU that has been replaced by the Euro. Take a key (not musical but the top left on your keyboard), U(nionist) and the usual crosswordland party and you get the old currency of Portugal.

20d.   One’s covering trade standards (6)
{IDEALS} – These standards, to which we should all aspire, are IS (ones) around (covering) a trade or business transaction. I like this clue but if anyone can explain it better I’m open to suggestions! If I had time I’d trawl through previous blogs to see how others have explained ONE’S as IS as it comes up regularly.

22d.   Bird finding use for one in oil (5)
{OUSEL} – Another substitution clue! Take the word ‘OIL’ (from the clue) and replace the I with USE (use for one) and you’ll get a bird of the thrush family. I always thought this bird was spelled with a Z but perhaps Chambers has it different. 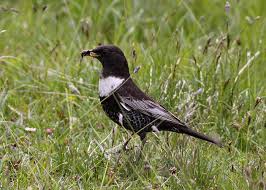 Lots of good clues here so not really fair to pick one out, but if pushed, I’d have to go for 16d for its fine surface and simplicity. It’s almost an all in one as far as I’m concerned because many people where I come from did ‘count on the chap who sold on credit’ just to get by untill the end of the week and payday!
Oh, and apologies for the rather contrived excuse for the racing car but Tess Daly is a bit of alright!.