Lucky me! Not only do I have two puzzles from Ray T this week but I also get to review both. This one is definitely at the easier end of the scale, but still great fun.

7a    Prince possibly taking on core of ‘Time’ band (8)
{REGIMENT} – no, not the singer who once changed his name to a symbol but a Prince who is appointed to administer a state because the monarch is a minor or is absent or incapacitated – insert the middle letters (core) of (T)IM(E) to get a large band of soldiers – The Time are closely associated with Prince and have toured with him

9a    Man controlling jumbo? (6)
{MAHOUT} – a cryptic definition of a person who works with and rides an elephant

10a    Tart possessing large mansion (4)
{PILE} – put a type of tart, typically with a top and base of pastry, around L(arge) to get a slang word for a mansion 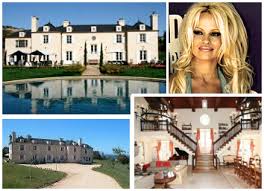 12a    Failure hitched to useless other half (6)
{MISSUS} – a failure followed by the abbreviation meaning useless or unserviceable gives a word meaning the other half or a female partner – spoken from the heart?

14a    Police comeback after record is nothing irregular (8)
{EPISODIC} – reverse (comeback) a police department after a record with four tracks, IS from the clue and O (nothing) to get a word meaning irregular or intermittent

15a    Steed around start of Avengers getting rough (6)
{HOARSE} – no, not John Steed but an equine version – put this around the first letter (start of) Avengers to get an adjective meaning rough or croaky 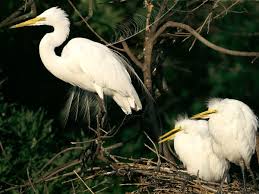 20a    Described by a throw before a strike back? (8)
{PARABOLA} – a charade of A, a throw, another A and a strike is reversed (back) to get the path described by said throw [Chambers: The path of a projectile under the influence of gravity follows a curve of this shape.] 25a    Quiet religious leader in Eastern temple (6)
{SHRINE} – a charade of a command to keep quiet, R (Religious leader) IN from the clue and E(astern) gives a temple or other holy place

5d    Ben-Hur, perhaps, where a dust-up is held in acclaim (10)
{CHARIOTEER} – Ben-Hur was one of these – put A from the clue and a dust-up or disturbance inside a verb meaning to acclaim or applaud

6d    Terribly slim, consuming ends of uneatable cereal (6)
{MUESLI} – put an anagram ()terribly of slim around (consuming) the first and last letters (ends) of UneatablE to get this cereal that I had for this morning’s breakfast

24d    Some con artists may, initially (4)
{SCAM} – the intial letters of the first four words in the clue give a swindle described by the whole clue

Our setter signed today’s Quick crossword with “25a Beam (3)”.