Once again we have a Beam puzzle with cleverly concealed definitions and synonyms which stretch the imagination. This was a pleasure to solve, which is more than I can say for the previous couple of Tuesday Toughies.

9a    Rights it’s wrong to take? (9)
{LIBERTIES} – when these rights are preceded by the word take they give a phrase meaning to treat something freely, without strict faithfulness to the facts

12a    State of America’s well outside America (5)
{SAMOA} – to get this state in Polynesia start with AM(erica), put a two-letter interjection similar to well outside and then add A(merica)

16a    Bird’s undone blouse, topless (5)
{OUSEL} – this bird resembling the blackbird is an anagram (undone) of (B)LOUSE without the first letter (topless)

20a    Person protecting rhino? (5)
{MISER} – this stingy person protects his rhino or cash

26a    Hard cut for cover (5)
{HEDGE} – combine H(ard) and a cricket stroke similar to a cut to get a protection against financial loss – a bit of artistic licence here as the two cricket strokes are not quite the same as each other!

27a    Cryptic compiler’s exercise learnt, be cryptic! (12)
{IMPENETRABLE} – a word meaning cryptic or unfathomable is constructed by combining I’M (compiler’s / I am), Physical Exercise and an anagram (cryptic) of LEARNT BE 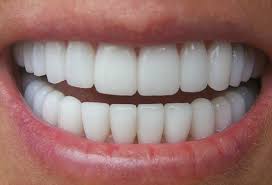 5d    Acts single embracing tense bird (9)
{TURNSTONE} – start with acts or performances, add single number and insert (embracing) T(ense) to get this bird related to the plover and sandpiper

7d    Animal in river basin, with endless delight (12)
{HIPPOPOTAMUS} – this large animal is a charade of a word meaning in or up-to-date, an italian river, a basin or bowl and a verb meaning to delight without its final letter

10d    Allow blemish to come first always, after following disease (7,5)
{SCARLET FEVER} – precede (to come first) a word meaning to allow with a blemish, add a synonym for always, and precede that (after) with F(ollowing) to get an infectious streptococcal disease

14d    Fool fled Church around start of ultimate vow (9)
{ASSURANCE} – put a fool, a word meaning fled and the Church of England around the first letter (start) of Ultimate to get a vow or pledge

15d    Pardon former copper, former copper’s inside (9)
{EXCULPATE} – a verb meaning to pardon is derived from a prefix meaning former, the chemical symbol for copper and a word meaning former or previous with the abbreviation of a copper coin inside

17d    Kelvin, journalist in charge? Run away! (9)
{SKEDADDLE} – put K(elvin) and Crosswordland’s journalist inside a word meaning to charge or burden someone with an onerous responsibility to get a verb meaning to run away

23d    Happier camper? (5)
{GAYER} – a double definition with the old and new meanings of this word

24d    ‘Gentleman’ owns up, one bowled (5)
{SAHIB} – this Indian gentleman is created by reversing (up) a word meaning owns or possesses and then adding I (one) and B(owled)

Will we see Beam return, in his alter ego of Ray T, this Thursday? I hope so as I’m blogging that one as well!