Suspecting that today would be Ray T’s turn I tackled the Quick crossword first. To my surprise there were three words rather than one in the clue for 22 down – is this a rare aberration or has someone tinkered with the puzzle before publication? This puzzle certainly is typical of Ray and I’m sure he will be along later to confirm.

5a    Authoress of play featuring Romeo (7)
{DRABBLE} – this English authoress, whose works include The Millstone, The Ice Age and The Radiant Way is created by putting a word meaning to play or tinker around R (Romeo in the NATO phonetic alphabet) 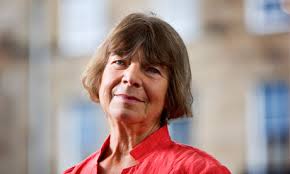 9a    Rest with case of scarlet fever, perhaps (9)
{STILLNESS} – a word meaning rest or tranquillity is derived from the outside letters (case) of ScarleT followed by a disease or complaint (fever perhaps)

11a    Bowl while protected by box? (5)
{BASIN} – this bowl is created by putting a synonym for while inside a box or container

17a    Comedy features including Hardy’s middle (5)
{FARCE} – this comedy of extravagant humour, buffoonery, and improbability is derived by putting the fron part of the head (features) around R (HaRdy’s middle) 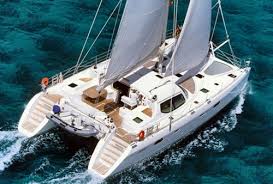 Reminds me of this old chestnut:

4d           They help to see details (5)
{SPECS} – a double definition – what helps you to see and details, both words being shortened versions

19d         Where issue may be raised in the House? (7)
{NURSERY} – one meaning of issue is children, so we a looking for somewhere in a house that children are raised

As you might expect, I loved this puzzle from one of my favourite setters.  14 down was, for me, the stand-out clue.