Toughie No 440 by Petitjean

A Dedicated Follower of Fashion

I enjoyed this puzzle by Petitjean much more than I had his last one. It doesn’t have as many obscurities and it has a nice variety of clues, with a mini-theme covering items of clothing. It does have what this week seems to be an obligatory homophone which doesn’t work.
Your comments are welcome as always, and please remember to show how much you enjoyed the puzzle by clicking on one of the stars below.

8a  Ton-up, it’s revealed, in a Mini (5)
{THIGH} – combine T(on) and a synonym for up to reveal what’s on show when a miniskirt is worn. I don’t feel that I’ve explained this very clearly – perhaps an illustration would help!

9a  Scot in pursuit of a German mug of beer displaying a touch of genius (11)
{EINSTEINIAN} – put a Scottish male forename after a German indefinite article and a large beer mug (also German) to make an adjective based on the name of a great physicist.

10a  No lentil puree should be lumpy (5)
{NODAL} – combine NO and one of the spellings of a lentil dish that you’re likely to find on the menu of your local Indian restaurant.

11a  Odds-on Lulu’s heart being in Little Richard’s ‘Money’ (11)
{SPONDULICKS} – this is a very cleverly-constructed clue. Start with SP (starting price, odds) and ON, then put the central letters (heart) of (L)UL(u) inside a diminutive form of Richard plus the ‘S to make an informal (originally American) term for money.

19a  Poe confused with Cumbrian writer (8)
{PENWOMAN} – did anyone else think that the Cumbrian writer was going to be (Melvyn) Bragg? The definition is writer (more likely to be Beatrix Potter than Melvyn Bragg) and the Cumbrian is NW MAN. You then have to insert the letters (confused) of POE where they’ll fit. This does verge on being an indirect anagram, but since the letters of NW MAN are retained in their original order I think that it’s ok.

22a  Excellent umpiring follows adverse decision for batsman (11)
{OUTSTANDING} – put the decision that sends a batsman back to the pavilion ahead of a technical term for umpiring (as well as being a literal description of what umpiring involves) to make an adjective meaning excellent.

27a  Hot cocoa put out for dedicated spectator (5,6)
{COUCH POTATO} – an anagram (out) of HOT COCOA PUT produces someone who expends little energy in acquiring his (or her) entertainment. 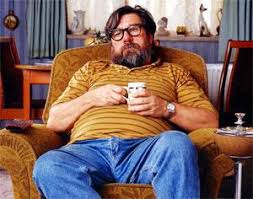 28a  State the first subject for discussion (5)
{THEME} – the standard abbreviation for the State of Maine is preceded by THE.

29a  Being late, singer gets lift (4)
{OTIS} – double definition, the forename of the late singing star, Mr Redding and the well-known lift manufacturer.

1d/3a School uniform that’s sometimes felt after European fashion (4,6)
{ETON COLLAR} – part of the uniform once worn at that school in Berkshire is something that may get felt if you’re arrested coming after E(uropean) and a synonym for fashion.

2d  Emphatic evocation of 1 which is bound to be below 3 across (7,4)
{WINDSOR KNOT} – the town forming the first part of the answer is a neighbour of 1d but the answer sounds like (evocation) an emphatic denial from the natives of 1d that they are part of that town. It’s also a way of tying (which is bound) an item of clothing below 3a. 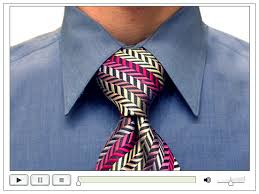 3d  23 surfacing in King’s Road? (7,4)
{CHELSEA BOOT} – elastic-sided footwear is made from a smart district of London where King’s Road is to be found followed by the German spelling of the vessel in 23d. 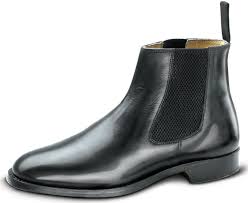 4d/30a   Phil’s finale on Everly Brother middle eight a landmark (6,6)
{LONDON BRIDGE} – this capital landmark is a charade of the last letter (finale) of (Phi)L, ON, the name of one of the Everly Brothers and a connecting or transitional passage in music (middle eight being a short section in the middle of a popular song which differs from the rest).

5d  Revolutionary diet not a cure (8)
{ANTIDOTE} – an anagram (revolutionary) of DIET NOT A.

6d  Articulate genial branch of Islam (5)
{SUNNI} – this orthodox branch of Islam is supposed to sound like (articulate) an adjective meaning bright or genial. The only problem is that the two words do not sound alike at all.

12d  Seventh tone elongated in discord (7,4)
{LEADING NOTE} – an anagram (discord) of ELONGATED IN gives us (thanks Chambers) “the seventh tone of a major or minor scale, which leads the hearer to expect the tonic to follow”.

14d  Set air-screw for take-off (6)
{SATIRE} – this take-off is a form of entertainment which holds the pompous and corrupt up to ridicule and scorn by the use of humour. It’s an anagram (screw) of SET AIR.

15d  Father keels over in the embrace of absurdly posh old lyricist (6)
{SAPPHO} – this old female lyricist who lived on Lesbos is a short abbreviation for father reversed (keels over) inside an anagram (absurdly) of POSH.

18d  Airline service: con or easy target? (4,4)
{BARN DOOR} – a proverbially easy target is a charade of an airline, one of our armed services, a synonym for to con and OR.

21d  More than a tad risque, blunt and foul-mouthed (6)
{RIBALD} – more than a tad indicates that we need two letters from the start of RI(squé). Follow this with a synonym for blunt or frank to make an adjective meaning foul-mouthed.

23d  Classy straw hat the Queen removed with craft (1-4)
{U-BOAT} – for classy read “upper-classy”. Follow this with a straw hat from which the Queen’s initials have been dropped to make a naval craft.

24d  A beating with hose (5)
{SOCKS} – double definition. I hadn’t heard of the first definition, meaning a beating, but Chambers had.