I used to know where I was on Tuesdays; we had puzzles from Shamus and Ray T on alternate weeks. Then last week the schedule went berserk – not only did we have Ray T two weeks in a row, but his trademark (exclusively single-word answers) was jettisoned. So I approached this morning’s puzzle with some trepidation as to who the setter would be. Well, I’m pretty sure that it’s not by Ray T and I do think that it’s from Shamus (not least because of 5a). It only remains now for me to be proved totally wrong by a comment from the real setter!
As always we’d love to get your comments on the puzzle, the review, the weather, anything, and please don’t forget to click on one of the stars below to register how much you enjoyed it.

1a  Fellows beginning to emerge in horse-breeding place that’s full (7)
{STUFFED} – the definition is full. Put a couple of F(ellow)s and the first letter (beginning) of Emerge inside a horse-breeding establishment.

5a  One examining car by hill (7)
{AUDITOR} – someone who examines the books is a make of car followed by a word for hill. Shamus had the identical clue in last Thursday’s Toughie.

9a  Remedy relative backed associated with part of body? About right (7)
{NOSTRUM} – the definition is remedy but it’s one of dubious value rather than something prescribed by your GP. Reverse (backed) a male relative and follow this with how a child might refer to his or her stomach (part of body) around (about) R(ight).

10a  Recalled atmosphere with chatter when imbibing new drink (7)
{SANGRIA} – this is a refreshing and alcoholic Spanish drink. String together a synonym for atmosphere and an informal verb to chatter at length and put N(ew) inside (imbibing), then reverse (recalled) the lot.

13a  Whole group on return taking in army (5)
{TOTAL} – reverse (on return) a group and put the usual abbreviation for our volunteer army inside to make a synonym for whole.

15a  Ex-PM putting young men in good mood (9)
{GLADSTONE} – this is the name of the Prime Minister of whom Queen Victoria (whose English lessons obviously didn’t get as far as the use of the subjunctive) said “He speaks to Me as if I was a public meeting”. It’s constructed by putting a term for young men between G(ood) and a synonym for mood.

17a  One loving relations? (9)
{RACONTEUR} – I’ve obviously been doing too many Private Eye puzzles because my first thought here was of someone committing incest, but then I remembered that this is the Daily Telegraph and thought again. It’s actually a cryptic definition of someone who tells (relates) stories in an amusing way.

19a  Mexican food from a company in road heading west (5)
{TACOS} – heading west in an across clue indicates a reversal, so reverse an abbreviation for a type of road and inside it put A and the abbreviation of company.

22a  Solitary type and source of borrowing, we hear (5)
{LONER} – this solitary type sounds (we hear) as if he (or she) lends out money.

23a  Italian roamed around hotel and university land (9)
{LITHUANIA} – this country (land) is an anagram (roamed) of ITALIAN around H(otel) and U(niversity).

25a  Fuss created by friend, a retired priest (7)
{PALAVER} – an informal word for a fuss is formed from a synonym for friend followed by A and an abbreviation for a priest reversed (retired).

26a  Foreign religious jurisdiction providing associative statement? (7)
{IMAMATE} – basically this word means the authority of the man who leads the prayers in a local mosque, but the presence of “foreign” indicates that here it is being used to describe the jurisdiction of various Muslim leaders. If you redefine it as 1’1,1,4 it becomes a statement of someone professing association or friendship for another.

27a  Southern city once in dire need made safe (7)
{ENSURED} – a past participle meaning made safe is an anagram (dire) of NEED with S(outhern) and the usual Old Testament city (city once) inside.

28a  Artist left in Eastern sea that’s green (7)
{EMERALD} – a shade of green is formed by putting the abbreviation for a Royal Academician (artist) and L(eft) inside E(astern) and a sea that sits between Europe, Africa and Asia.

1d  Hospital department overlooking untidy place? Children play there (7)
{SANDPIT} – so hands up all those who tried to start the answer with ENT! (I certainly did). What we actually want is the abbreviation of a hospital for people who are convalescing or have a chronic illness. Follow this with D(epartment) and how you might describe an untidy place (like a teenager’s bedroom).

3d  Class taking in posh meeting (5)
{FORUM} – this is a meeting to discuss topics of public concern. Put the letter standing for posh inside another word for a school class.

4d  Orator making European mass eagerly excited in tribute (9)
{DEMAGOGUE} – the definition is orator and it’s someone who rouses the baser instincts of his audience by oratory. Put E(uropean), M(ass) and an adjective meaning eagerly excited inside what is owed (tribute).

5d  Rector ignoring first sign of petty crime (5)
{ARSON} – this is a crime. Remove (ignoring) the initial letter (first sign) of P(etty) from another word for rector.

7d  Extreme weather in direction of navy followed by trouble (7)
{TORNADO} – a charade of a preposition meaning in the direction of, the abbreviation for the Royal Navy and a synonym for trouble produce an instance of extreme weather.

8d  We are stirred? About right — and stirred again (7)
{REAWOKE} – this is an anagram (stirred) of WE ARE, and inside it put an abbreviation meaning right or correct to make a verb meaning came to life once more (stirred again).

14d  Vehicle in endlessly narrow road heading for rig in port (4,5)
{LAND ROVER} – a make of vehicle that I certainly meet a lot of in the narrow roads round where I live is constructed from a word for narrow road without its final E (endlessly), followed by a channel port with the initial letter (heading) of R(ig) inside it. 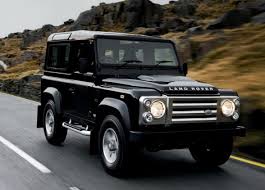 
20d  Caught six-footer at a musical work (7)
{CANTATA} – this musical work comes from C(aught) (as in cricket), a six-footed insect and AT and A.

21d  Marine plant producing wonder in beginning (7)
{SEAWEED} – a synonym for wonder goes inside another word for beginning (as in “a **** of doubt crept into my mind”).

23d  Sensational enticement to overlook drug I had observed (5)
{LURID} – remove E(cstasy) (overlook drug) from a word meaning enticement and add a contraction (observed?) of I had to make an adjective meaning sensational. I presume that observed here means as in an observation, i.e. in speech. There’s a nice bit of misdirection here – in 1d overlook meant preceded (in a down clue) but here it’s used in a totally different way.