Hello, everyone, and welcome. Subscribers to the Telegraph Puzzles Newsletter may have seen today’s 1a highlighted in the Clue of the week announcement “This week's best recent clue, based on feedback from solvers, is from Jim Coulson's Telegraph Crossword of Tuesday, May 24”.  Not quite sure what’s going on there with the flow of time, but it is a good clue and there are several indications that today’s setter is indeed Mr Coulson, aka X-Type.  So thanks go to him for today’s solving pleasure.

1a    Insane, having a fossil-fuel vehicle in this island (10)
MADAGASCAR:  Concatenate insane or crazy, A from the clue, a fossil fuel, and a common vehicle

6a    Order leader of yeomen to follow command (4)
OBEY:  A usual abbreviated order with the first letter of (leader of) YEMEN

9a    Obstruct  a place in the market (5)
STALL:  A fairly straightforward double definition 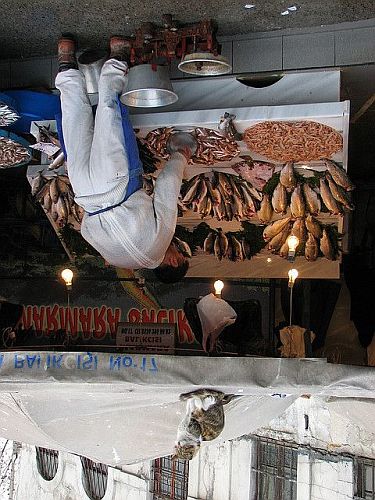 12a   Despite its name, it's normally neither useful nor amusing! (9,4)
PRACTICAL JOKE:  A cryptic definition of something given by a synonym of useful followed by something that should be amusing 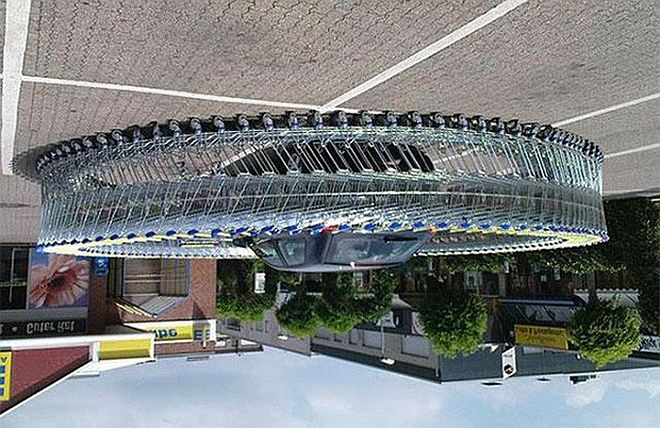 17a   Galloping horse with just a light rein, we hear? (6)
SHOWER:  An anagram (galloping) of both HORSE and the single letter for “with” gives us the answer, which is also found as a homophone (we hear) of “light rein”. We have here an unusual double wordplay clue 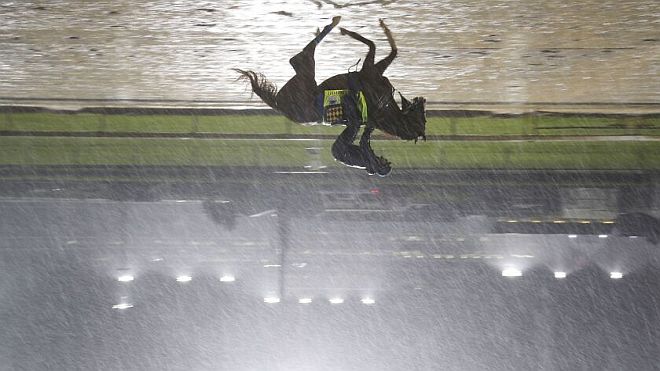 19a   Balham renovated by painter in palace (8)
ALHAMBRA:  An anagram (renovated) of BALHAM is placed by a usual painter

25a   Zero movement in such a window (5)
OGIVE:  The wordplay is the letter representing zero followed by movement or yielding. The entire clue could serve as a definition 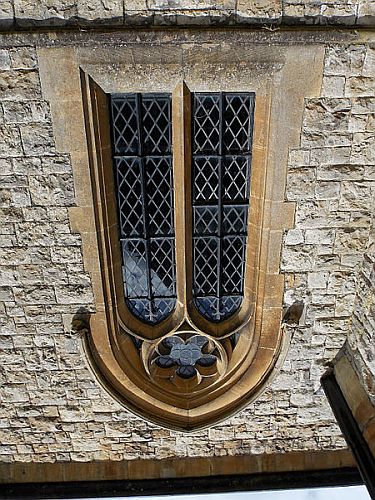 26a   Queen leaves festival in this direction (4)
EAST:  The Latin abbreviation for Queen Elizabeth is deleted from (leaves) a religious festival

27a   Does their work make them go up the wall? (10)
PLASTERERS:  A cryptic definition of workers who deal with walls from top to bottom

1d    Mike has to request lockdown accessory (4)
MASK:  The letter represented in the NATO phonetic alphabet by mike is followed by a synonym of request 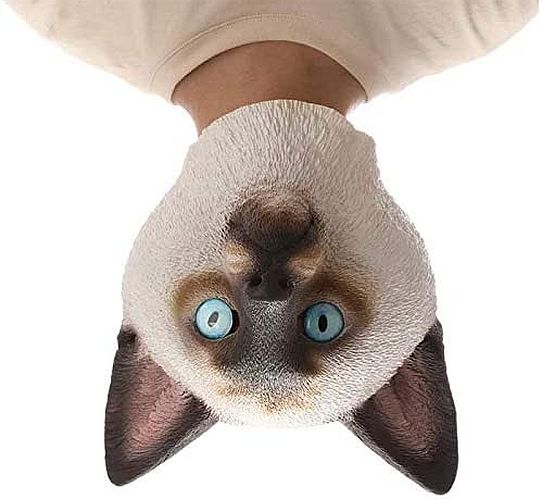 3d    A little bee getting hog agitated? No -- it's an enormous insect (7,6)
GOLIATH BEETLE:  An anagram (agitated) of A LITTLE BEE HOG

5d    Spot some jelly in Nigella's pictures (5)
ASPIC:  The answer is hidden in (spot some … in …) the remainder of the clue 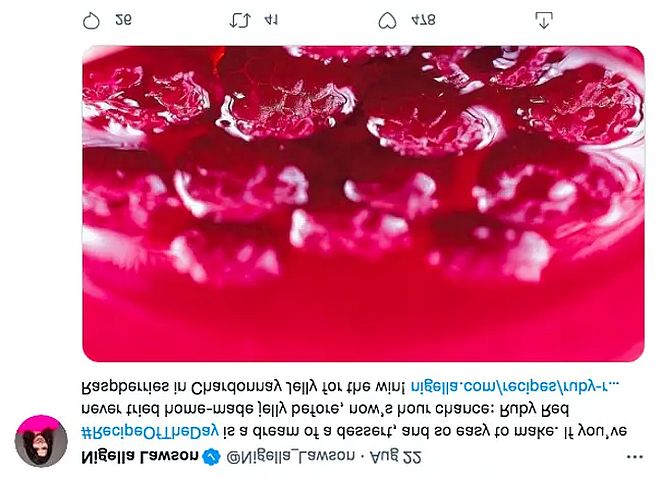 7d    Make notes on this and get degrees before too long (7)
BASSOON:  The plural of a first degree is followed by “before too long”

8d    Past agreement with heartless Terence needs attention (10)
YESTERYEAR:  Link together a word of agreement, an informal contraction of Terence minus its middle letter (heartless), and attention or regard

11d   Message going to eastern European -- with this? (9,4)
TELEGRAPH POLE:  The wordplay gives us the answer as an obsolete message followed by a native of an eastern European country. The entire clue could serve as a loose definition

13d   Mark redeployed as organisation's first prophet (10)
APOSTROPHE:  An anagram (redeployed) of AS and the first letter of Organisation and PROPHET

16d   Stars displeased – son and daughter missing -- becoming agitated (8)
PLEIADES:  An anagram (becoming agitated) of DISPLEASED minus the genealogical abbreviations for son and for daughter (son and daughter missing). The required son was missing from the online version of the puzzle when it was published last night, but he’s now been added there. Thanks to all who confirmed below that the son is missing in the other versions of the puzzle. 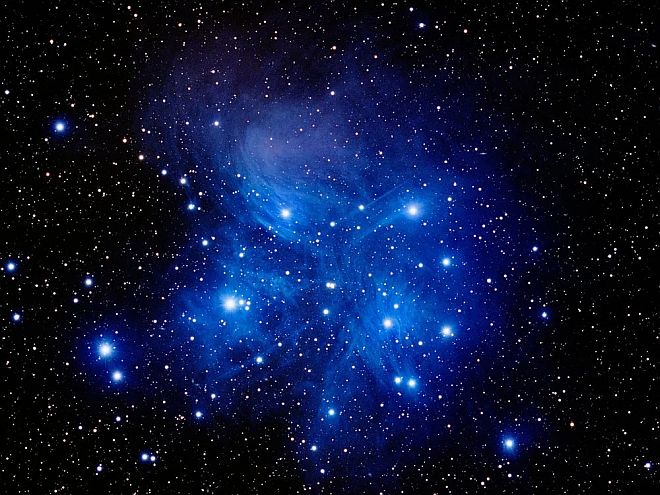 18d   Utensils provided for cricketers (7)
OPENERS:  A double definition. The utensils are useful for dealing with sealed containers. The cricketers have been an issue for England

20d   Stopping near, doctor primarily should achieve such a manner (7)
BEDSIDE:  The wordplay is a synonym of near containing (stopping) the first letter (primarily) of DOCTOR. The entire clue can serve as the definition

22d   Inclination to get book for pound, all else being equal (5)
BEVEL:  In an adjective meaning equal substitute the single letter abbreviating book for the abbreviation for pound sterling 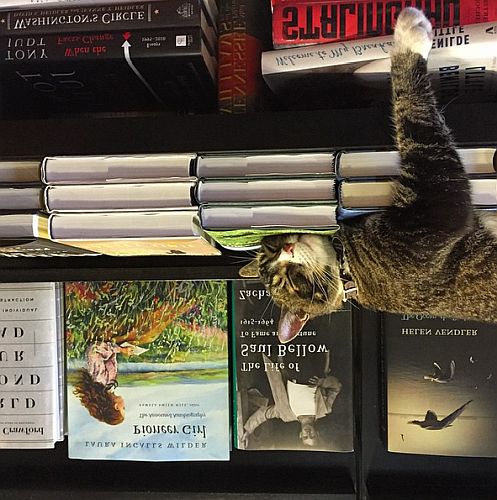 23d   Marries in midweek? (4)
WEDS:  The abbreviation for a day in the middle of the week can also mean marries

What was your favourite clue?