Good morning from South Staffs on a warm, sunny spring day. No doubt when the clocks go forward for Summer Time this weekend, the weather will revert to miserable.

I thought that today’s crossword was reasonably straightforward for UK solvers (leaving aside the occupants of 18d) but might cause the odd problem for the overseas members of our community.

9a           Five entering rocky route on approach (8)
OVERTURE – Anagram (rocky) of ROUTE with the Roman numeral for five inserted, then the Latin word for ‘on’ or ‘about’ added at the end.

10a         Agreement favouring tightwad right to be cancelled (7)
PROMISE – A short Latin word for ‘favouring’ or ‘supporting’, followed by another word for a tightwad minus the Right.

11a         Chuck returning in waterway sees man-eater (8)
CANNIBAL – An artificial waterway is wrapped round the reverse (returning) of a verb for ‘chuck’ or ‘throw away’.

12a         With British mole shot outside Tobermory? (6)
WOMBLE – Start with an abbreviation for With, then add an anagram (shot) of MOLE wrapped round British, to get a fictional creature of whom Tobermory or Great Uncle Bulgaria are examples.

21a         Beastly noise reason tattooist must stop? (4)
OINK – Split the answer (1,3) and read the single letter as representing zero, and you have a reason why a tattooist cannot operate. Put together, we have a farmyard noise.

24a         Milk about to be brought round — moggies love it (6)
CATNIP – Put together an old advertising term for a quantity of milk and a Latin abbreviation for ‘about’ or ‘approximately’, then reverse (to be brought round) the result to get this feline treat.

27a         Thrilling sensation cut short angry speech (7)
VIBRANT – A (shortened) word for a physical or metaphorical sensation is further shortened by having its last letter removed, then an angry speech is added.

29a         A new banknote should be announced, one feels (7)
ANTENNA – Put together A (from the clue), an abbreviation for New, and what sounds like (should be announced) a denomination of banknote, and we have the sort of feeler sported by insects. 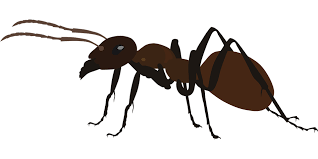 2d           Monkey doctor holding limb firm (8)
MARMOSET – One of the abbreviations for a medic is wrapped round a limb of the body, then another word for ‘firm’ is added, to get a small New World monkey. 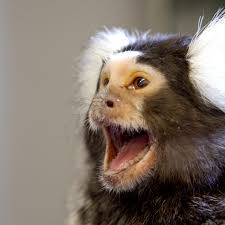 3d           Still needing one minute on phone (8)
IMMOBILE – Put together the Roman numeral for one, an abbreviation for Minute, and the type of phone we carry around with us.

4d           Long-running show possibly needs a rest (10)
EASTENDERS – Anagram (possibly) of NEEDS A REST. This could be read as an all-in-one clue, I suspect, though I never watch the show in question.

6d           Magical character one supporting Black Country (6)
BRUNEI – Put together an abbreviation for Black, a letter of an old Germanic alphabet with an extended meaning suggesting use in magic or fortune-telling, and the Roman numeral for one.

7d           Carbon and barium mixed in Carlisle region (7)
CUMBRIA – The chemical symbol for carbon followed by an anagram (mixed) of BARIUM.

8d           Balance on board say amongst elite US Navy personnel (3,4)
SEA LEGS – The Latin abbreviation for ‘say’ or ‘for example’ is inserted into the acronym for the US Navy’s special forces.

11d         Cold fish — picture something to keep it fresh (9)
CLINGFILM – Put together Cold, a type of fish from the cod family, and a moving picture, to get a type of plastic wrapping material used to wrap foodstuffs.

14d         Extra large notice to be dismantled? Vote (2-8)
BY-ELECTION – Put together a cricket extra, an abbreviation for Large, and an anagram (to be dismantled) of NOTICE, to get the sort of vote held when a Parliamentary seat becomes vacant.

17d         Dark scene — small number go bad in church (8)
NOCTURNE – An abbreviation for ‘number’ followed by the abbreviation for the Church of England wrapped round a word for ‘go bad (like milk, perhaps)’.

18d         Huntress coming into bar finds Hoosier (8)
INDIANAN – The Roman goddess known as the ‘huntress’ is inserted into another word for a bar or pub, to get a native of the Hoosier state of the USA (Mr Google was my friend here).

23d         Bug one way or another? (6)
EARWIG – A bug can be an insect or a means of listening in on conversations. The answer here is literally an insect, and metaphorically a word for eavesdropping.

26d         Concedes nothing — then three points! (4)
OWNS – the letter that looks like zero or nothing, followed by three compass points.