Hello, everyone, and welcome to Tuesday. I would, as they say over here, bet dollars to donuts that today's puzzle is the work of our friend X-Type. No major holdups during the solve, although I did need the BRB to verify a couple of new words. But that's all good because both answers emerged from simply following the instructions provided by the wordplay, which is just as it should be.

1a    Officer who could get car crime initially confused with tip-off? (7,3)
TRAFFIC COP:  An anagram (confused) of CAR, the initial letter of CRIME, and TIP-OFF. The definition is sharpened by the rest of the clue

6a    From the east, serves in Lebanese cafe (4)
ACES:  The answer is hidden reversed (from the east, in an across clue) in the remainder of the clue. For background on the bonus pic, which is real, watch this video: https://www.youtube.com/watch?v=InV_pOvRORU 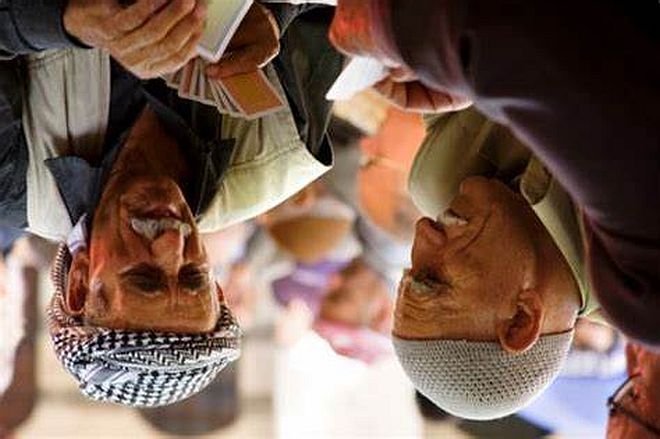 9a    The German paint finish -- it is giving you a skin complaint (10)
DERMATITIS:  Link together a German word for "the", a type of paint finish, and IT IS from the clue

10a   Old northern Conservative with ecstasy a while back (4)
ONCE:  Fuse together abbreviations for old, northern, conservative, and an informal name for the drug ecstasy

12a   Hastily fasten  bridle, etc (4)
TACK:  Two definitions. Click on the buttons for a food of the bread kind and a zigzag in a sailing ship

13a   Fish and chips cooked with lard (9)
PILCHARDS:  An anagram (cooked) of CHIPS LARD 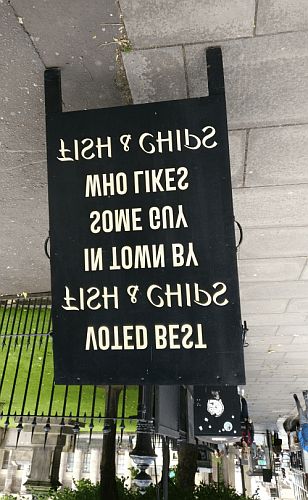 15a   Concerning the kitchen Lucy and I ran badly (8)
CULINARY:  An anagram (badly) of LUCY I RAN

16a   It's curtains for the Yanks! (6)
DRAPES:  A cryptic definition of what long curtains are called here on my side of the Atlantic

18a   Nitrogen associated with the clear upper air, or lower? (6)
NETHER:  The chemical symbol for nitrogen with a noun meaning the clear, upper air (in crosswordland we also know it as a number because it makes one numb )

20a   Stingy Edward shut in the cupboard (8)
CLOSETED:  Stingy or miserly with a contraction of Edward

23a   Old 'tec was agitated: came out in this? (4,5)
COLD SWEAT:  An anagram (agitated) of OLD TEC WAS. The definition references the rest of the clue

24a   Taunt European going after rock (4)
GIBE:  The single letter for European goes after an informal name for a big British rock desired by some in Europe 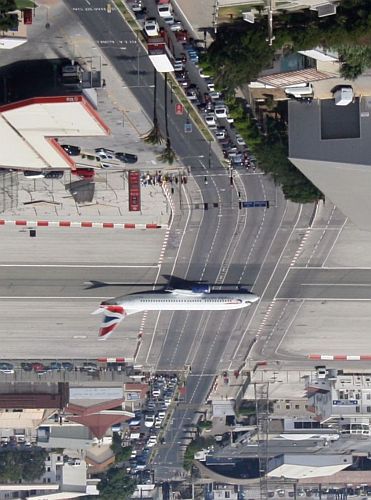 26a   A bad actor returning to be servant (4)
AMAH:  A with the reversal (returning) of a bad or exaggerated actor. Click here for dictionary confirmation of the answer

27a   Crete: place designed for a holdall? (10)
RECEPTACLE:  An anagram (designed) of CRETE PLACE

28a   Occasionally, this journalist should get knotted! (4)
TIED:  Alternate letters (occasionally) of THIS with a usual abbreviation for a boss journalist

29a   Easily disgusted? Don't eat fish before ten with us (10)
FASTIDIOUS:  Concatenate a verb meaning "don't eat", a usual two-letter fish, two letters that look like the digits representing ten, and US from the clue

3d    Finn knees car drunkenly: it's a gift! (12)
FRANKINCENSE:  An anagram (drunkenly) of FINN KNEES CAR. The gift was given a long time ago

4d    They could make waves in the beauty business (8)
CRIMPERS:  A cryptic definition of a device for making hair wavy

5d    'A bird, otherwise?!' I yell in Spanish (6)
ORIOLE:  Assemble a short word for otherwise, I from the clue, and a Spanish exclamation of approval or encouragement

7d    Not able to rest in peace, with Scottish witch's spell (7)
CANTRIP:  A verb meaning "not able to" is followed by the abbreviation for rest in peace. Click here for dictionary confirmation of the answer

8d    Moves over and treads on assistant carrying son (5,5)
STEPS ASIDE:  Treads or walks followed by an assistant containing (carrying) the genealogical abbreviation for son 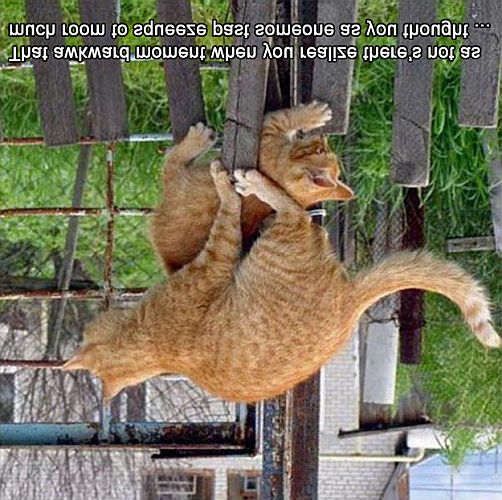 14d   I detest established imagery: I study nothing about object personifying cobblers (10)
ICONOCLAST:  Join together I from the clue, study or learn, the letter representing nothing, the single letter Latin abbreviation for about or roughly, and an object found in every cobbler's workshop

19d   Working the land, up to a certain time in life (7)
TILLAGE:  A preposition meaning "up to" with a noun meaning a certain or particular time in life

21d   Plant to mostly support firm (7)
TOBACCO:  Put together TO from the clue, all but the last letter (mostly) of support or promote, and an abbreviation for a company or firm

22d   Spirit of place, in Switzerland? (6)
GENEVA:  A place in Switzerland is also one name applied to an alcoholic spirit made chiefly in the Netherlands

Thanks to our setter. My favourite today was the neat 13a. I also liked the quickie pun. Which clues did you like best?