Hello, everyone. Today's most enjoyable puzzle has clues spanning the difficulty scale. It's also got a few unexpected synonyms, two original cryptic definitions, and some very smooth surfaces that disguised well what was going on underneath. Felt like an X-Type creation to me. What does everyone else think?

1a    Stringed instrument initially captivated a girl (7)
REBECCA:  A medieval instrument of the viol class shaped like a mandolin, usually with three strings (thank you, BRB) is followed by the first letter (initially) of CAPTIVATED and A from the clue. I either did not remember or never knew the instrument, but he could be reverse-engineered from the girl's name. The instrument appears in the duet below where, cleverly, the musician is beside herself. There's another performance on the same instrument, by nine-year old Sylvia, here. Perhaps the BD community can make her day by ensuring that her video gets lots of views?

9a    Low energy following small animal (5)
MOOSE:  Putting the ingredients in order, we are instructed here to link together low like a cow, the clothing abbreviation for small, and the physics symbol for energy

10a   Article is surprisingly true to life (9)
REALISTIC:  An anagram (surprisingly) of ARTICLE IS 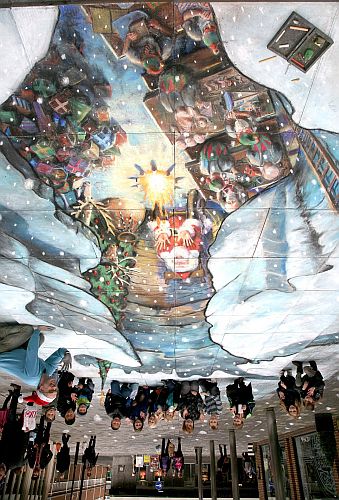 11a   He spoke at sea for each one who's flogged a lot? (10)
SHOPKEEPER:  An anagram (at sea) of HE SPOKE is followed by a word meaning "for each". Flog takes its informal meaning in the definition

12a   Just this writer embraces the Queen (4)
MERE:  A pronoun that the writer would use for themselves contains (embraces) the Latin abbreviation for Queen Elizabeth

14a   Arrange magic for Joanna (7,5)
CONCERT GRAND:  A verb meaning arrange (something) by mutual agreement or coordination (thank you, Collins) is followed by a synonym of magic often used in the Wallace & Gromit movies. Joanna is rhyming slang (pianna) for the answer, which is defined here by example 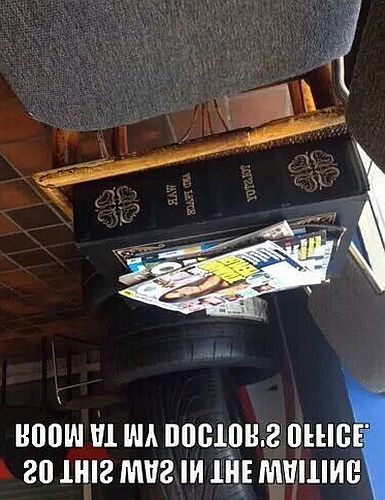 21a   Rubbish tips in town often seem horrible (4)
TOSH:  Initial letters of (tips in) the remaining words in the clue. The answer is British slang

25a   Commons vote restricted by new Ohio centre of communication (3,6)
HOI POLLOI:  A vote, possibly employing straw, is inserted in (restricted by) an anagram (new) of OHIO, and that's all followed by the centre letter of COMMUNICATION

26a   Faultless theory by student (5)
IDEAL:  A theory or notion is placed by the single letter indicating a student or learner driver

27a   Fast tango and light dancing with unknown character (7)
TIGHTLY:  Concatenate the letter represented in the NATO phonetic alphabet by tango, an anagram (dancing) of LIGHT, and one of the characters that can represent a mathematical unknown

3d    Bar on train where travellers might be held up (10)
CHECKPOINT:  Bar or stop is followed by another word for train (a gun, perhaps)

4d    Grass cut after a golf match (5)
AGREE:  After both A from the clue and the letter represented in the NATO phonetic alphabet by golf comes all but the last letter (cut) of a tall thin grass that likes water

5d    It's beneath one to talk to god (6,3)
PRAYER RUG:  Cryptic definition, where the one is often Muslim

7d    Where shopping might be secured (2,3,3)
IN THE BAG:  A phrase meaning secured or guaranteed is, taken literally, also where your shopping (or your kittens) might be 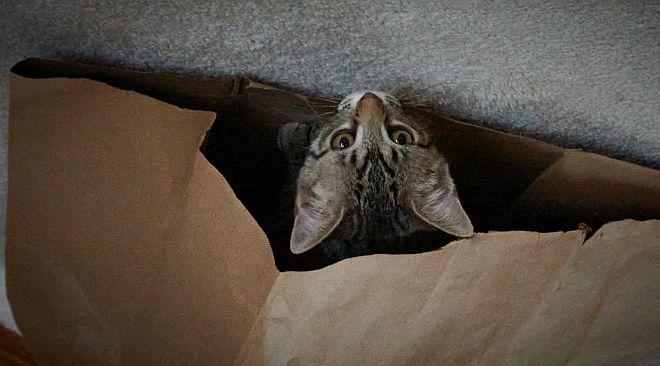 8d    Follows top players, going round university clubs with Charlie (8)
SUCCEEDS:  The top players in a tournament containing (going round) the fusion of the single letter for university, the playing card abbreviation for clubs, and the letter represented in the NATO phonetic alphabet by charlie

13d   One knows about soil damaging to organism (10)
AGRONOMIST:  An anagram (damaging) of TO ORGANISM 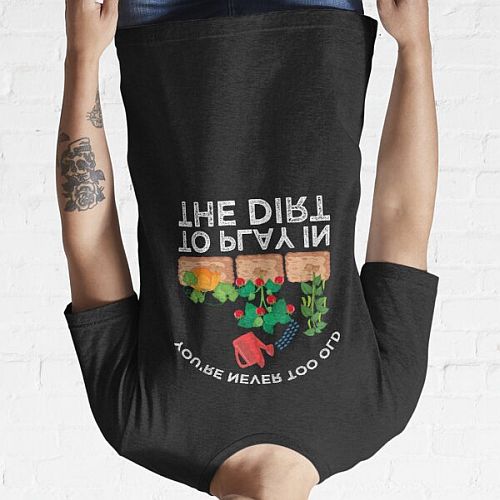 15d   Hat -- it goes on friend excellently (9)
CAPITALLY:  Assemble a basic hat, IT from the clue, and a friend or partner. This definition is also slang

16d   Intensely emotional snooker player who misses first time (5-3)
WHITE-HOT:  Join together a snooker player nicknamed "The Whirlwind", WHO from the clue missing its first letter, and the physics symbol for time

19d   Give out fries regularly with meat (6)
REVEAL:  Alternate letters (regularly) of FRIES with a type of meat

20d   It shuts when one goes off (6)
EYELID:  A cryptic definition. You have two, the kitten has six 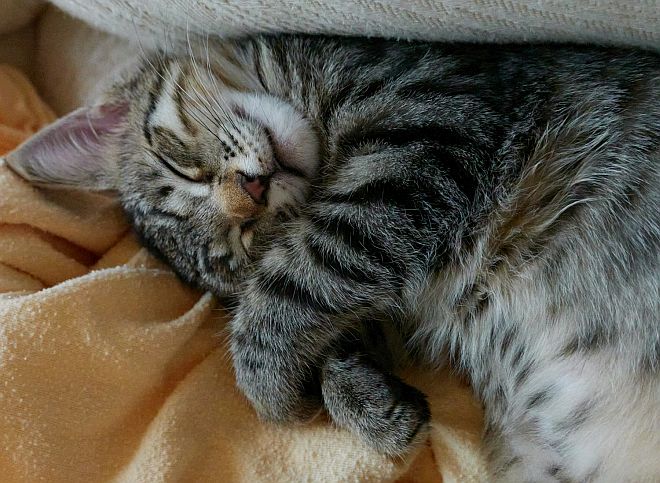 23d   Dogs -- they could be wagging (5)
TAILS:  A rather straightforward double definition

24d   Hot stuff gadget picked up (4)
LOOT:  The reversal (picked up, in a down clue) of a gadget or implement