Until the Telegraph resumes the award of prizes for the Saturday puzzles, this post, and tomorrow’s, will be just like the Monday to Friday posts, with hints for every clue and revealable answers.  BD

Greetings from Lockdown Central in Warrington.  It’s the Bank Holiday weekend and I guess this is probably going to be the hardest period of the lockdown.  I hope you are all coping well and staying infection-free.  I have been out of my flat twice in the last seven days; once for leg dressings with my nurse and the other for a click and collect shop that I’d booked almost four weeks ago!

Anyway, here we go with today’s challenge and once again it’s a ‘normal’ blog rather than the official Saturday hints and tips.  I rather enjoyed this and suspect it’s the work of the Naughty Canine that’s contributed to the blog recently.  However today I couldn’t see anything too troubling, although for a short moment, I had the wrong expression at 16, but when I actually read the clue properly, I realised the error of my ways.

9a               Ancient blubber and unusual bone enthralling one (5)
NIOBE         We start with an anagram of BONE around the numeral for one, which gives you someone from mythology famous for her tears.

10a             Roadside pillar indicating Northumberland far away? (9)
MILESTONE  This is almost one of those rebus-type clues.  You are looking for a word for a stone found alongside a road, which is how you would say it’s a distance to Northumberland.

11a              Greek character embodying powerful scene (7)
TABLEAU     A name for a scene depicting an event is found by taking a letter of the Greek alphabet (the 19th) and wrapping it around a word meaning powerful.

12a             Mum and dad, not in Paris, touring Split (7)
PARENTS     A suffix denoting a negative in French goes around something meaning torn to give you a name for mum and dad.  At first, I thought there was a mistake and it should have been a word for fathers around torn, but the clueing here is quite precise and correct.

] is found by taking one of the standard words found in crosswords for study and adding the abbreviation for Georgia. 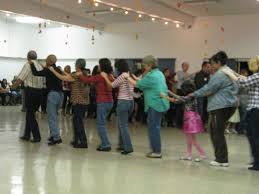 14a      Graduate in leather mixed drink (6,3)
HERBAL TEA      A type of hot drink is an anagram (mixed) of leather going around the abbreviation for a university graduate.

16a      Mashed potato father had just like that (2,3,4,2,1,3)
AT THE DROP OF A HAT An expression meaning impromptu or ‘just like that’ is revealed by rearranging (mashed) POTATO FATHER HAD

19a      Vain Tory in chair for hearing (9)
CONCEITED       Someone who is vain may be said to be this and you find it by taking the abbreviation for a Tory (or one of the words for study!) and adding a homophone of a word describing someone in a chair.

23a      Carlyle so thought to contain kingdom (7)
LESOTHO     A hidden answer (to contain).  Look carefully and you’ll spot the name of a kingdom from Africa. 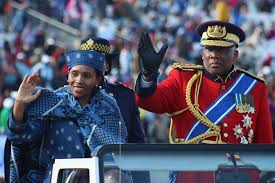 25a      See one US soldier covered in hair (7)
IMAGINE     The abbreviation for one and the name for a bush of hair goes cover / surrounds a way of saying an American soldier to reveal a way of saying to see (mentally).

27a      Normally one admits a grave wrong (2,7)
ON AVERAGE    An expression meaning normally is found by putting an anagram (wrong) of A GRAVE inside ONE.

28a      Vassal for example tucking into pork pie (5)
LIEGE   A word, often used in Shakespeare, denoting how you would address a vassal is found by taking the word for which a pork pie refers in East London and placing it around an abbreviation for ‘say’, as in citing an example.

3d        One from Dakar perhaps seen buffeted by winds close to village (10)
SENEGALESE      The nationality of someone from the city of Dakar is revealed by taking an anagram (buffeted) of SEEN plus a word meaning (strong) winds and the last letter (close) to VILLAGE.

5d        Charlie having to drink gin? That’s nonsense (8)
CLAPTRAP    A word meaning nonsense can be found by taking C (Charlie – NATO phonetic alphabet), a word meaning to drink and something of which a gin is a type.

7d        Better score’s excellent (3-5)
TOP-NOTCH      An expression meaning excellent is found by making a phrase that you may score a piece of wood better.

8d        TV personality about to appear in remade westerns (10)
NEWSCASTER    An abbreviation of about ( the Latin word for it) goes inside an anagram (remade) of WESTERNS. 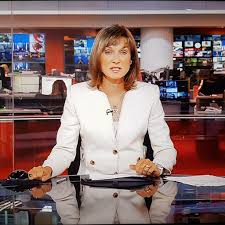 13d      Opportunity to turn up for finance minister (10)
CHANCELLOR    One of the main political offices of state is found by taking a word for opportunity and adding something meaning to turn reversed (up).

15d      Pleasant housing over road within budget (10)
AFFORDABLE     A word meaning pleasant or friendly has inside (housing) O (over) and the abbreviation for road to give you something meaning within budget.

17d      North African unsettled in Austin (8)
TUNISIAN    The name from someone from N Africa is an anagram (unsettled) of IN AUSTIN.

18d      Helping advanced student is reasonable (8)
RATIONAL    Something that means a helping or portion takes the abbreviations for advanced and student to give a word meaning reasonable.

22d      Covering carried in short German aircraft (6)
GLIDER        This held me up longer than it should have done.  Something meaning a covering or top goes inside the abbreviation for German to give a type of aircraft.

24d      Affected material daughter ignored (4)
TWEE   A type of material (especially from Scotland) needs to lose the letter D (daughter) to give something meaning delicate or affected.

26d      First Lady having concern ultimately quits (4)
EVEN    The name for the first woman to be mentioned in the Bible plus the last letter (ultimately) of CONCERN and gives a word meaning something is over.

All in all, a pretty enjoyable solve and a nice way to start the day.

As usual, there are other puzzles around for you to tackle:

The FT Prize puzzle is a jigsaw by our very own Hudson under another name.

And the Independent puzzle is by Tyrus and will be suitable for those missing the Toughie:

I’ll be back next week.

Your music today is this one, another from Alexis Ffrench.