The presenters of Saturday Night Takeaway are Ant and Dec.  These two names appear in 10 of the solution without being indicated in the clues.

11 Caught with a pair of organs? It’s easily done when romping (4,4,2)
LAID EYES ON – An anagram (when romping) of EASILY DONE.

14 Like a dictator, Jacob may cheer once legislature closes (2,6)
BY DECREE – The last letters (closes) of the fourth to eighth words of the clue.  DEC appears in the solution.

15 One Geordie potentially backing broadcaster (7)
ANTENNA – The two letter indefinite article (one) followed by the abbreviation for the region of the UK where Geordies potentially live all reversed (backing).  ANT appears in the solution.

17 Crown king in London institution’s upper chamber (3,4)
TOP DECK – A three letter word for the crown or summit of something and the abbreviation for king.  DEC appears in the solution.

20 New series of I’m A Celeb takes Chameleon for a plonker (8)
IMBECILE – An anagram (new series of) IM A CELEB – with an I (Chameleon) for the A.

22 They’re ever so thick, US presidents (6)
BUSHES – Double definition of thick vegetation and father and son US Presidents.

26 Man on the left meets monarch – one may supply the booze (8)
DECANTER – The name of the first of our duo (man on the left) followed by the two letter abbreviation for the current queen.  DEC appears in the solution.

1 Government action sees US hacker stop Nato IT working (8)
TAXATION – The American spelling of axe (US hacker) in (stops) an anagram (working) of NATO IT.

3 Clerical error has duplicated yearly projection (6)
ANTLER – The three consecutive letters that are duplicated in clerical error.  ANT appears in the solution.

4 Flower emerges after roof of old prison comes down over one wing (7)
ASTILBE – The name of the old French prison has the first letter moving down and replacing (over) one of the letters that looks like a wing of a building. 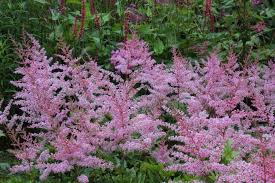 5 Tackle and hot drink without a lid don’t mix (6,2)
ATTEND TO – A type of coffee without the first letter (without a lid) followed by an anagram (mix) of DONT.

6 Following season with no win, delivery of Root’s is appealing (10)
INTERCEDES – A season of the year without the W (no win) followed by a homophone (delivery) of seed (root).

7 Unscramble noodles now and again (6)
DECODE – The even letters (now and then) of noodles.  DEC appears in the solution.

13 Genius French writer’s cracking clues heartlessly (10)
CLEVERNESS – The name of a French author Jules in (cracking) the out pairs of letters (heartlessly) of clues.

19 Bed I constructed with NHS seats (7)
BEHINDS – An anagram (constructed) of BED I NHS.

22 Moneylender swaps a note for European ornament (6)
BEDECK – The name of a financial institution has the A N (note) replace by an E (European).  DEC appears in the solution.

24 Legs with sensitive digits (4)
PINS – Double definition – the second by sensitive numbers your type in a ATMs.