Good morning from South Staffs on a Friday 13th which started dark and damp, but is now brighter and blustery.

I solved today’s Giovanni last night while listening to the election coverage, but was not held up by the distraction, with nothing particular to hold me up, though the cryptic definition at 16a was my last one in,

1a           Material collected by the old man, socialist geared up (8)
PREPARED – A two-letter word for ‘the old man’ wrapped around the corded cloth only seen in crosswords, followed by the colour associated with socialists.

6a           Chatter with teacher before start of tutorial (6)
RABBIT – A Jewish teacher followed by the first letter of Tutorial.

10a         Insect, very large, left for doctor to get hold of (8)
MOSQUITO – Put together a very large clothing size and a verb meaning ‘left’, then wrap the abbreviation for a military doctor around the result. 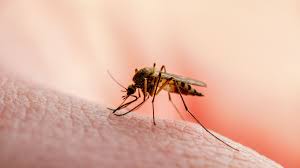 11a         Illustration of batting position (8)
INSTANCE – The description of a cricket team which is batting, followed by the position taken by a batsman waiting for the bowler.

13a         Magazine has a few words on severe punishment (4,8)
LIFE SENTENCE – An American periodical followed by a string of words containing at least a subject and a verb.

16a         Tree experts? (12)
GENEALOGISTS – Cryptic definition of the people who research family trees.

19a         British farm just one part of the business (6)
BRANCH – British followed by a large cattle farm, typically in America.

21a         Deceitful person going wrong way, boss in terminal situation (8)
RAILHEAD – Reverse (going wrong way) someone who does not tell the truth, then add another word for the person at the top of an organisation.

23a         A daughter in flight for an adventure (8)
ESCAPADE – A (from the clue) and an abbreviation for Daughter inserted into another word for flight.

24a         Girl is English, superior, and pleasant (6)
EUNICE – Put together English, the letter used to indicate upper-class or superior, and another word for ‘pleasant’.

26a         One with a will to help others succeed? (8)
TESTATOR – Cryptic definition of someone who leaves his estate to his heirs.

2d           Express discontent about timber used for furniture (6)
REPINE – The Latin word for ‘about’ or ‘concerning’, followed by a softwood.

4d           Quiet about men losing head or feeling bitter? (9)
RESENTFUL – Another word for ‘quiet’ or ‘peaceable’ wrapped around (m)EN (from the clue) with the first letter removed.

6d           One getting up only a bit of the staircase (5)
RISER – This definition of the vertical part of a staircase is also someone getting out of bed.

15d         Revenge of agent, gentleman turning up to get gangster? (8)
REPRISAL – A commercial agent, followed by the reverse of the title for a gentleman and the first name of the most famous Chicago gangster.

18d         Cowboy to travel, carrying gold with companion (6)
GAUCHO – Put together the chemical symbol for gold and a Companion of Honour, then wrap another word for ‘travel’ around the result.

20d         Difficult to hide ring in secret store (5)
HOARD – A ring-shaped letter inserted into another word for ‘difficult’. 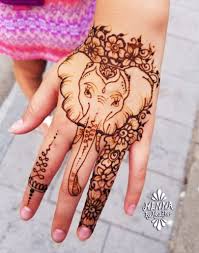