Hello, everyone.  Another Tuesday brings another time zone for me and another setter for us back-page solvers.  This week’s fine puzzle was created by the setter known on the Toughie pages as Donnybrook.  I thought it was a delightful combination of smooth surfaces, clever cryptic definitions, nice misdirection, and a generous helping of humour.  In a word (or two), it’s the cat’s meow.

6a    Entertainer in revolt quits dancing (13)
VENTRILOQUIST:  An anagram (dancing) of IN REVOLT QUITS

8a    Jokes from expert succeeded (6)
CRACKS:  An informal adjective meaning expert is followed by the genealogical synonym of succeeded

9a    Artist in decline — depression causing this? (8)
RAINFALL:  Link together the usual artist, IN from the clue, and a synonym of decline

10a   Bitter perhaps in General Election (3)
ALE:  The answer, which is defined here by example (… perhaps),  is hidden in the remainder of the clue 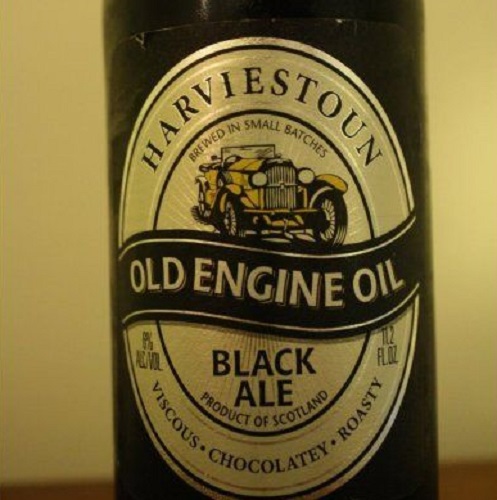 11a   Care about church ground (6)
MINCED:  Care or disapprove containing (about) the abbreviation for the Church of England

14a   Admires refurbished weapon (7)
SIDEARM:  An anagram (refurbished) of ADMIRES

16a   Speaker's parentage in dispute (7)
DISSENT:  A homophone (speaker’s …) of a word meaning parentage or ancestry

20a   Light flickers? (8)
SWITCHES:  A cryptic definition of devices that make electric lights flick on and off

23a   Cattle worker departs with rambler (6)
DROVER:  Put together the single-letter train timetable abbreviation for departs and a rambler or wanderer

24a   Handle finally attached to copper pot with this (3)
CUE:  The last letter (… finally) of handlE is attached to the end of the chemical symbol for copper 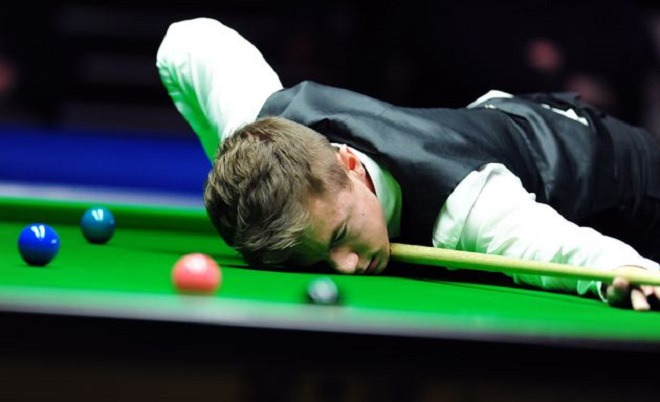 25a   Bullfighter to bash in back (8)
TOREADOR:  TO from the clue is followed by a bash or party that’s inserted in a synonym of back

26a   Dog runs from mine worker (6)
COLLIE:  Delete the cricket scoring abbreviation for runs from a mine worker

27a   On border, welfare is perk (6,7)
FRINGE BENEFIT:  After (on) border or periphery comes welfare or assistance

1d    One going round on this bike? (8)
UNICYCLE:  A type of bike that has only one rotating object in contact with the ground 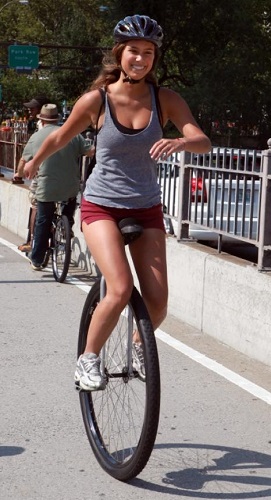 2d    Campaigner less refined without it (8)
CRUSADER:  An adjective meaning “less refined” containing (without) the abbreviation for what “it” can signify in a person 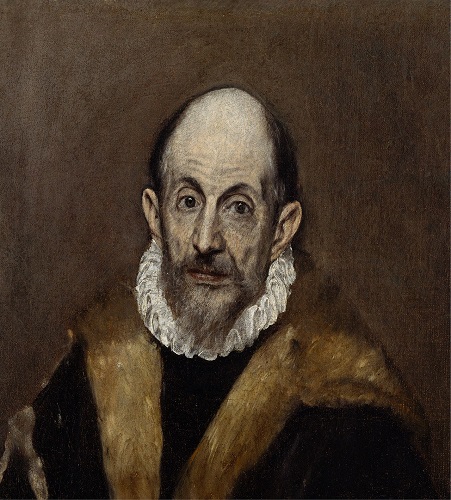 4d    Son folded sheets for landowner (6)
SQUIRE:  Glue together the genealogical abbreviation for son and a printing term meaning (according to Chambers) four sheets of paper folded together to make eight leaves

5d    Film about F1 maverick (6)
MISFIT:  Film or haze containing (about) both F from the clue and the Roman numeral for one

6d    Author American state predator quoted (8,5)
VIRGINIA WOOLF:  The full name of a state on the east coast of the USA (the one where this blog was prepared, as it happens) followed by a homophone (quoted) of a predator said in fiction to do a poor impersonation of a grandmother 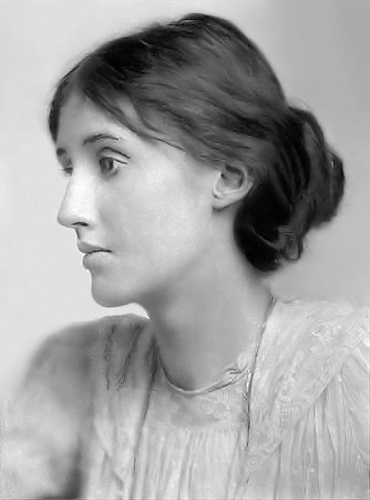 13d   Blockhead starts with amazingly silly speech (3)
ASS:  Initial letters of (starts with …) the remaining words in the clue

15d   Line used in smear campaign (3)
ARC:  The answer is hidden in (used in) the remainder of the clue

19d   Credit to ace writer (7)
ASCRIBE:  The playing card abbreviation for ace with a writer or copyist

21d   Which letter is doubled in dissertation? (6)
THESIS:  The final word of the clue is the definition while the entire clue is wordplay.  The solution split (3,1,2) answers the question posed by the clue

22d   Tried God with AA for treatment after hospital (3,1,2)
HAD A GO:  An anagram (for treatment) of GOD AA comes after the single-letter abbreviation for hospital