Good morning from South Staffs on a fine autumn morning. Mercifully, we’ve seen nothing of the flooding which has hit areas north and east of us.

I didn’t find today’s puzzle (not by Giovanni – see comment No 1 below) as taxing as last week’s, but there were some interesting constructions to tease out.

1a           Compiled offers seen in cards date hands out (7,5)
PACKAGE DEALS – Put together a collection of playing cards, a verb for ‘date’ or ‘go out of fashion’, and the verb for what the person distributing playing cards does.

9a           Traditional institution that’s taken in the PM (4,3)
HIGH TEA – Cryptic definition, where PM is falsely capitalised, and could be rendered as p.m.

10a         Condemn daughter and Romeo getting admission to elope at sea (7)
DEPLORE – An abbreviation for Daughter followed by an anagram (at sea) of ELOPE wrapped around the letter which is Romeo in the NATO alphabet.

13a         … some students possessing nothing, with yen to make cash (5)
LOLLY – A number of students, each represented by the letter found on a learner driver’s car, are wrapped around the letter which looks like zero or nothing, then the abbreviation for yen is added at the end to get an informal word for cash.

14a         Speech from minister before one goes to the dispatch box? (4,5)
LAST RITES – Cryptic definition. The dispatch box here is the container within which most of us will make a final journey.

16a         Actors’ private parts (9)
BACKSTAGE – Cryptic definition of the part of a theatre where the public do not get to go. 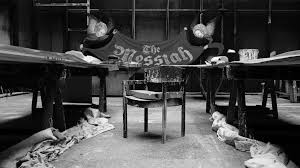 19a         Part of building left to enter flipping opposite part of building! (5)
FLOOR – This clue works whether you take the first three or last three words as the definition. Insert Left into a part of a building, then reverse the result to get a different part, found at the opposite end of the structure.

23a         Manic crashes involving one second-class vehicle (7)
MINICAB – Anagram (crashes) of MANIC wrapped around the Roman numeral for one, then the letter which may indicate a second-class performance is added at the end.

24a         What stops listener or two keeping quiet? (7)
EARPLUG – The listener here is what you listen with. Two different words for the organ are placed either side of the musical symbol for ‘quiet’.

25a         Man maybe missing son after joining army, so warlike (7)
HOSTILE – Start with another word for army, then remove the Son from something of which Man (or Wight) is an example and add it to the end.

26a         Display with seals clapping should follow these (4-8)
SHOW-STOPPERS – A verb or noun meaning ‘show’ followed by another word for the seals in the top of a bottle.

2d           Hack meets the French outsiders in Romandy — it’s usual to dine with them (7)
CUTLERY – Put together another verb for ‘hack’, one of the French definite articles, and the outside letters of RomandY.

4d           Turn out object, getting promoted (3,2)
END UP – An object or aim, followed by the word used to describe a football team promoted to a higher division.

5d           Leader of rising theatre in European city (7)
EMPEROR – A European capital city is wrapped around the short form of a type of theatre, then the whole lot is reversed (rising, in a Down clue) to get a leader, some of whom were based in the European city concerned.

7d           One gives inside info of Cockney three-piece on phone (7-6)
WHISTLE-BLOWER – The three-piece here is a set of clothes. We need a Cockney rhyming slang expression for that, followed by a rather old-fashioned slang term for a telephone.

8d           Say, Fagin and Artful appearing in not so successful musical (3,10)
LES MISERABLES – Put together a five-letter term for someone of whom Fagin (or Scrooge) is an example, and a four-letter word meaning ‘artful’ or ‘skilled’. Then wrap another four-letter word meaning ‘not so’ (as in ‘not so good’) around the result to get the title of a long-running West End musical based on a novel by Victor Hugo.

15d         Small sides in vessel (9)
STEAMSHIP – Put together an abbreviation for Small, some sporting sides, and another word for ‘in’ or ‘fashionable’.

17d         Regularly avoided coast’s air or she would get kind of cold (7)
CATARRH – Take alternate letters of CoAsTs AiR oR sHe.

20d         Beautiful things Tolkien characters must carry concealed (7)
ORCHIDS – The bad guys from Lord of the Rings wrapped round another word for ‘concealed’, producing some exotic plants. 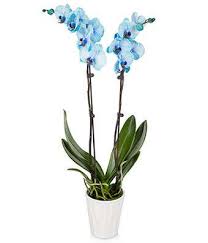