It is always a treat to see Gazza’s name appear on a Saturday and this was no exception.

1 Press hard for second time to get feathered friend … (6)
THRUSH – A six letter word meaning press with the second T(time) replaced by an H (hard).

9 Holy woman has cosmetic meant for the eye round her ear? (8)
LISTENER – A three letter abbreviation for a saint has a cosmetic for the eyes around it.

10 Level of acidity on Malta that’s brought up during cold spell (6)
PHLEGM – The indicator for acidity levels followed by a three letter cricketing term for on and the IVR code for Malta.

11 Chap having a hand in large bird facility involving a degree of mayhem (10)
HULLABALOO – The entertainer who had a large puppet emu and a three letter word for a toilet (facility) includes (involving) the A from the clue and a university degree.

13 Poster’s inwardly cross to be truncated (8)
ABRIDGED – A two letter word for a poster includes (inwardly) a six letter word meaning to cross.

16 Triumph one cheers – first for island (6)
TAHITI – A three letter word for a triumph or success and the letter representing one preceded by (first) a two letter word meaning thanks.

19 Somewhat pompous clergyman with floppy inside wanting small surgical procedure (8)
BLIMPISH – A clergy person who oversees a diocese includes (inside) a four letter word meaning floppy with the abbreviation (small) for operation (surgical procedure) being removed (wanting) from the end of the resulting letters.

25 A sin? Yes (6)
AGREED – The A from the clue followed by another word for avarice.

26 High opening offer from broadcaster with no films or sport? (8)
SKYLIGHT – How you might describe a limited offering of channels from a satellite broadcaster.

27 Aretha, desperate, is after work that may be contracted in the theatre (5,3)
OPERA HAT – An anagram (desperate) of ARETHA after the abbreviation for work. 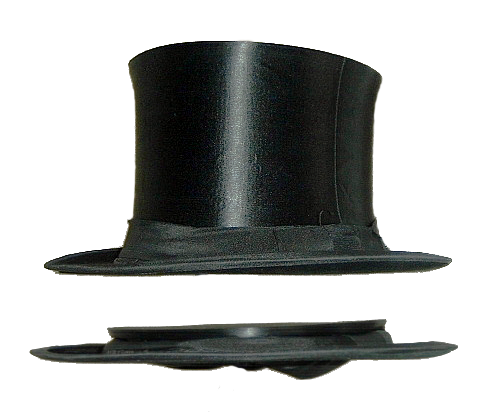 28 Woeful result for province (6)
ULSTER – An anagram (woeful) of RESULT.

2 Universal support for tramp’s spoken verse (5)
HAIKU – The abbreviation for universal goes under (support) a homophone (spoke) of hike (tramp).

3 Prior to jaunt I laugh internally (5)
UNTIL – The answer is hidden (internally) in the third to fifth words of the clue.

4 Worker’s capture that shocked Bracknell (7)
HANDBAG – A four letter word for a worker and a three letter word meaning capture.

6 Bond, under criticism, left for the Marines (7)
RAPPORT – A three letter word for criticism followed by how a sailor (for the marines) would describe left.

7 Visit key sites one after another (6-3)
ISLAND-HOP – Cryptic definition for travelling from key to key (where key is a geographical term for land surrounded by water).

8 Missing Warne’s fourth Gatting was out, showing plenty of energy (9)
GIGAWATTS – An anagram of GATTING WAS after removing the fourth letter in Warne.

14 Clicking on security feature in new driver after Intel bug fixed (7,2)
BELTING UP – The abbreviation for someone who has just passed their driving test after an anagram (fixed) of INTEL BUG.

18 Putty-like lumps afford youngsters days of hilarity initially (4-3)
PLAY-DOH – The initial letters of the first seven words of the clue.

19 Take care of an issue not of one’s own making? (4-3)
BABY-SIT -Cryptic definition of someone who looks after another’s children allowing the parents a night out.