Hello, everyone.  Today we have another quality puzzle that continues the recent run of enjoyable and satisfying crosswords where the difficulty falls right on the Tuesday sweet spot.

Last week Stephen Lord noticed that Kent had made numerous appearances in recent clues, and Senf pointed out that in the space of a week we'd met two US State capitals.  If you'd like to know crosswordland's most popular UK locations and/or which US capitals have yet to appear as answers, click the spoiler box below.

Click to see the most popular locations in crosswordland

[collapse]
In the hints below most indicators are italicized and underlining identifies precise definitions and all-in-one definitions.  Clicking on the ANSWER buttons will reveal the answers.  In some hints hyperlinks provide additional explanation or background.  Clicking on a picture will enlarge it or display a bonus illustration.  Please leave a comment telling us how you got on.

1a    In the neighbourhood of rowdy student, ending in argy-bargy (7)
ROUGHLY:  Put together a synonym of rowdy, the usual student or learner, and the last letter of (ending in) ARGY-BARGY

5a    Thatcher held this revolutionary talk after round of applause (7)
HANDBAG:  After a round of applause goes the reversal (revolutionary) of talk or chatter.  The internet claims that this is a young Margaret Thatcher posing with her beloved moustachioed cat, Dennis.  Click on it to see an image that's more relevant to the clue 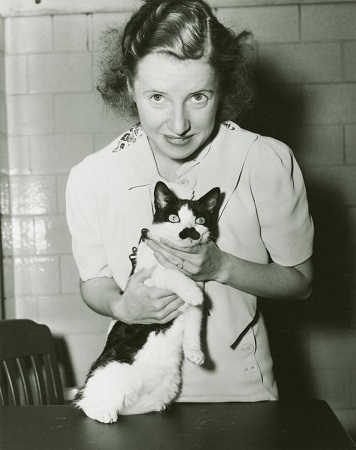 10a   After a short time American, with sensitivity, cut the man's whiskers (9)
MOUSTACHE:  Glue together a short time (2), an abbreviation for American, a synonym of sensitivity with its last letter deleted (cut), and a two-letter word for "the man" 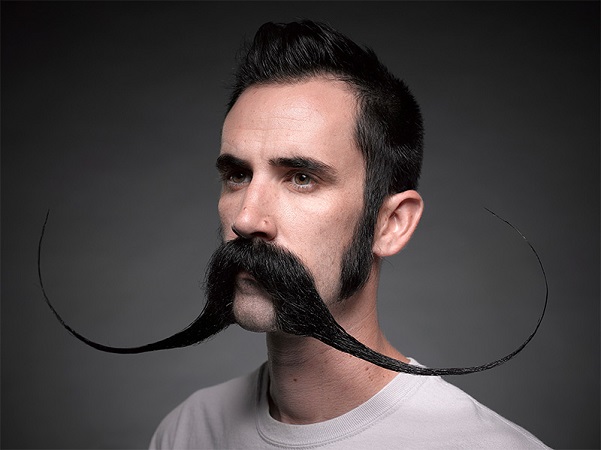 11a   He perhaps precedes Conservative, editor said (10)
PRONOUNCED:  What "he" is an example of (… perhaps) comes before (precedes) the single letter for Conservative and the abbreviation for editor

12a   Crooked  disposition (4)
BENT:  A double definition.  The first is an adjective, the second a noun

18a   Ended nice novel comprehending writer's lack of bias (12)
INDEPENDENCE:  An anagram (novel) of ENDED NICE containing (comprehending, as in "taking in") a writing instrument

21a   One leads Muslims at mosque, primarily (4)
IMAM:  The Roman one is placed before (leads) the initial letters (… , primarily) of the next three words in the clue.  The entire clue is both wordplay and a definition of the answer, so this is a rare all-in-one or &-lit type of clue

25a   Industrial engineer can tile outside of church (9)
TECHNICAL:  Make an anagram of (engineer) CAN TILE and wrap it around (outside of) the map abbreviation for church

28a   Less bothered about increase in seats (7)
SADDLES:  An anagram (bothered) of LESS is wrapped about a verb synonym of increase 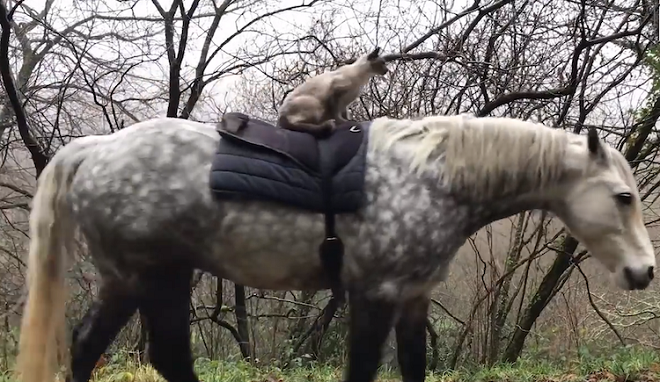 1d    Flipping great, the Queen's cooking instructions (6)
RECIPE:  The reversal (flipping) of the union of great or large-scale and the Latin abbreviation for Queen Elizabeth 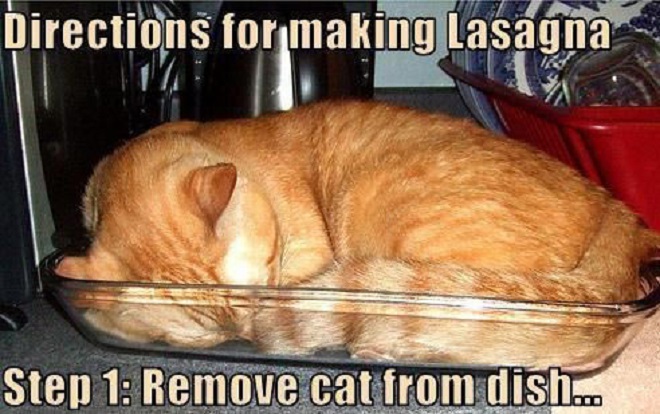 2d    Move out of bed, put on small jumper and start to tidy (6)
UPROOT:  A short word for "out of bed" is followed by (put on, in a down clue) a shortened (small) Australian jumper, and the first letter of (start to) TIDY

3d    Daughter leaves old pot here I prepared for flower (10)
HELIOTROPE:  The flower is an anagram (prepared) of OL[d] POT HERE I after the genealogical abbreviation for daughter has been deleted from OLD (daughter leaves old).  Prolixic advised in his latest review of a Rookie Corner puzzle that "A pet peeve of many solvers is cluing obscure words as an anagram".  He's right about that

5d    Woman at home confused how I use iron (9)
HOUSEWIFE:  An anagram (confused) of HOW I USE is followed by the chemical symbol for iron 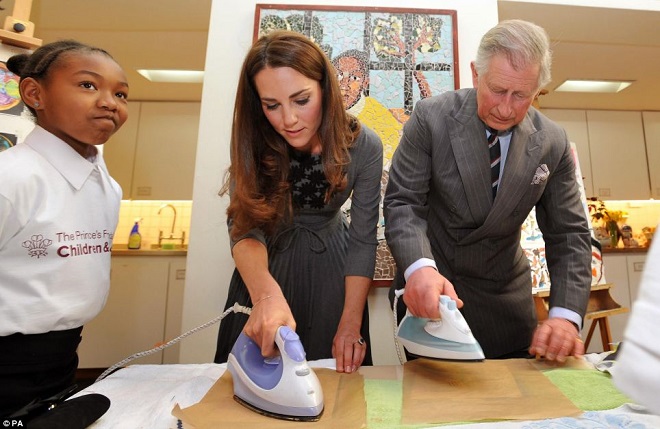 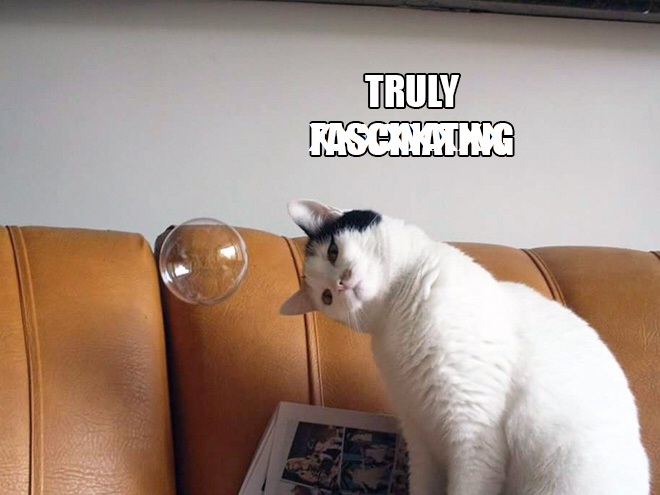 15d   Revealed girl ultimately liked eating a small amount? (9)
ANNOUNCED:  The fusion of a girl's name (3) and the last letter of (ultimately …) LIKED containing (eating) a small unit of weight

19d   Consider penning new name for plant (6)
FENNEL:  Consider or believe containing (penning) the abbreviations for new and for name

20d   Overdrawn with debts? Ghastly (6)
ODIOUS:  An abbreviation for overdrawn with some debts that might be written on a piece of paper

23d   The French will support game's regulations (5)
RULES:  A French definite article comes after (will support, in a down clue) the abbreviation for the game played by the mighty All Blacks

24d   Dope in tin foil (4)
INFO:  The answer is lurking in the remainder of the clue 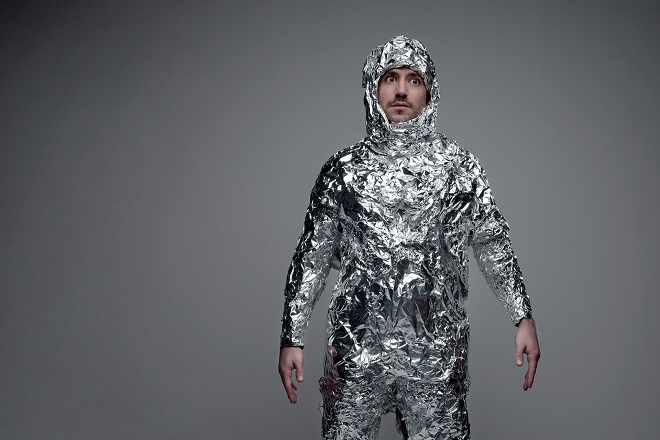 Thanks to today’s setter for a fun solve.  I found a lot to like here, and I was impressed by the excellent surface readings of most of the clues.  Highlights included 5a, 26a, 2d, 5d, and 7d.  If I had to pick a favourite from that list it'd be 2d.  Which clues did you like best?