Good morning from South Staffs. Only four more sleeps till the big day, so Happy Christmas to one and all.

A mixture from Giovanni this morning, with some seasonal treats, but some rather more obscure answers, one of which (22d) was new to me, though the wordplay was clear.

5a           Report from shed outside Cheltenham? (8)
DISPATCH – ‘Shed’ or ‘get rid of’ wrapped around the sort of resort of which Cheltenham may be an example.

9a           Practise act prior to lucky-dip grab (3,4,4,2)
GET ONE’S HAND IN – A figurative expression for ‘practise’ or literally what you before taking something from a lucky dip.

10a         Church occasion? A bishop and I may be entertained by ancient priest (8)
MARRIAGE – Put together A (from the clue), the letters denoting the honorific applied to a bishop, and I (from the clue), then wrap an ancient priest, perhaps one of the Three Wise Men, around the result. The answer is one of three occasions in life when an occasional Christian may end up in church.


11a         City house with French art showing parrots (6)
ECHOES – Put together the postcode for the City of London, an abbreviation for HOuse, and the French word for the sort of ‘art’ which has ‘thou’ in front of it.

14a         Most flavoursome champagne substitute revealed in experiment (8)
TASTIEST – An experiment or trial wrapped around crosswordland’s favourite fizzy wine.

19a         Sheets for egg producers (6)
LAYERS – Double definition, the second being some chickens.

21a         Grand guide, one exuding enthusiasm (6)
GUSHER – An abbreviation for Grand followed by the guide who may show you to your seat in the theatre.

26a         Appreciate loch in depiction (8)
LIKENESS – To show one’s appreciation (on Facebook, perhaps?) followed by a well-known Scottish loch.

2d           Dramatic performance making one gasp in time? The opposite! (7)
PAGEANT – We are told to look for the opposite to ‘one gasp in time’, so we want a word for a (long) period of time to go inside another word for ‘gasp’.

3d           Animal fashioned by clay-worker without head (5)
OTTER – Remove the initial letter (without head) from someone who makes things with clay. 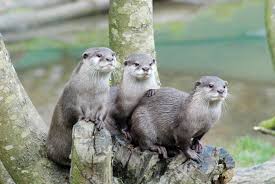 8d           Discern unhappy girl kept at home (7)
CINDERS – Anagram (unhappy) of DISCERN, giving us the unhappy girl left at home while her ugly sisters went to the ball. 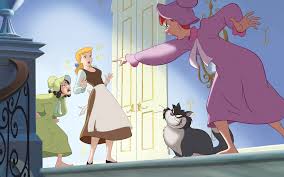 15d         Joining senior in chorus (9)
SOLDERING – A verb for ‘to chorus’ wrapped around another word for senior. A method of joining plumbing or electrical connections.

17d         Group of believers manifesting Oedipus complex (4,3)
OPUS DEI – Anagram (complex) of OEDIPUS, giving us a Latin phrase meaning ‘the work of God’, the name of an organisation within the Catholic Church which got rather a bad write-up in The Da Vinci Code. 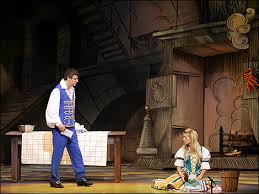 22d         Plant that is trodden on by sheep (5)
RAMIE – A male sheep followed by the Latin abbreviation for ‘that is’. This was a new word for me – a member of the nettle family, apparently.