A reasonably gentle Giovanni this morning, I thought, though no doubt there will be contrary views expressed by some.

8a           A lot of hands up, in an attitude of feigned superiority (2,4,4,5)
ON ONE’S HIGH HORSE – ‘Hands’ here are a unit of measurement relating to equines. If one were sitting on one of these that required a lot of hands to measure it, one could be …

9a           A bit of information shortly to be returned (3)
TAD – Remove the final letter from a word for pieces of information, then reverse the result.

10a         My request to be remembered for something in the flower garden (6-2-3)
FORGET-ME-NOT – This flower name contains an explicit request to remember me. 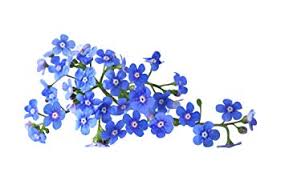 12a         Leaving before Christmas maybe, when holidays are cheaper? (9)
OFFSEASON – A three-letter word for ‘leaving’, as in “I’m —” followed by a period of the year of which Christmastime may be an example.

17a         Attractive girl bored us unfortunately (7)
ROSEBUD – Anagram (unfortunately) of BORED US.

19a         Publicity officer has to print a template (9)
PROTOTYPE – Put together an acronym for a publicity officer, TO (from the clue) and another word for ‘print’ or the stuff used to create a printed page.

20a         Woman is falling over something in the kitchen? (5)
SIEVE – Put together the name of the first woman in the Bible and IS (from the clue), then reverse the result.

24a         Winter complaint making one unhappy (3)
SAD – Double definition, the first being a three-letter acronym for a depressive illness caused by lack of exposure to bright light.

1d           Question asked of performer in form of greeting? (3,2,3,2)
HOW DO YOU DO – A ritual form of words when meeting someone, which could be literally an enquiry of someone performing an action as to the method of performance.

2d           Drug in paper wrapping in jacket (6)
REEFER – Double definition: a cigarette containing marijuana; or a jacket worn at sea.

3d           Wine from Somerset town available? No (10)
CHARDONNAY – Put together a town in Somerset, a short word for ‘available’(perhaps relating to the menu in a restaurant), and a rather archaic or regional word for ‘no’, to get a white wine grape named for the area of Burgundy where it was first grown. 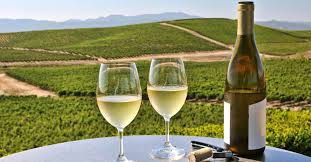 4d           Look of love and joy, no end (4)
OGLE – The letter which looks like a love score at tennis followed by another word for joy or happiness with its last letter removed (no end).

5d           Slows down after cold alcoholic drink (8)
CHAMPERS – Cold followed by ‘slows down’ or ‘obstructs’, giving an informal term for a variety of sparkling wine.

8d           Work at end of month for far-flung organisation (7)
OCTOPUS – An abbreviation for one of the months of the year followed by the Latin word for a (musical) work.

14d         Telling of story overseen by editor — result is ruin (10)
SUBVERSION – A member of an editorial team responsible for making copy fit the available space, followed by a telling of a story (there may be others from different points of view).

16d         Introduction of someone new in shop, one into fashion (2-6)
CO-OPTION – Start wit the short name of a shop run by and for the members of a mutual organisation, then add a French word for ‘fashion’ or ‘style’ with the roman numeral for one inserted into it.

18d         Doctor meeting various needs in German city (7)
DRESDEN – An abbreviation for ‘Doctor’ followed by an anagram (various) of NEEDS.

19d         Humourless little dogs — see them on computer screens (3-3)
POP-UPS – An adjective (usually followed by ‘-faced’) for ‘humourless’ followed by some young dogs.