Good morning from Warrington.  It’s the last Saturday of the month and BD is off to stock up on delicious comestibles at the Farmer’s Market, so I have popped in to hold the fort today.  I suspect one of our Mysteron setters is around today and it is a rather enjoyable, if not too taxing challenge.

1    Put up arms, and their attachments (8,6)
A cryptic way of saying put up some weapons is a phrase for something that adjoins a part of the body.

11    Something Italian chefs make in annoyance, adding nothing (5)
Take a word that means an annoyance and add a way of saying nothing or zilch to get this Italian creation. 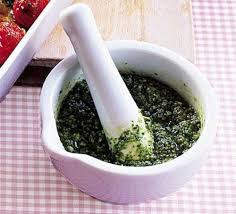 12    Heartless sport that may be seen in ring (4)
Something that may be found in the centre of a ring (one that you wear!) is the name of a sport, minus its middle letter.

17    Swimming as vocation, somewhere beside the Atlantic (4,6)
A place on the Western fringe of the Atlantic Ocean is found by rearranging the letters of ‘as vocation’. 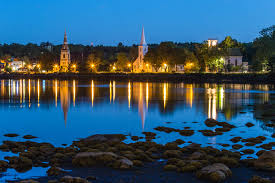 18    Sprats at dinner-time — one’s option would be to do this rabbit (4,3,3)
Here you need to remember your nursery rhymes and how a certain family dined.  How the lady of the family  ate their food is an expression meaning to talk with someone.  Today’s music is in honour of someone who passed away last weekend.

23    Pickled eel sandwiches German city backed for honour (7)
A word meaning to honour is found by taking an anagram of EEL and wrapping it round the name of a former German capital going backwards.

27    Wreckage may be acceptable in cutting allotment (9)
Inside a word for an allotment or portion goes the abbreviation for acceptable (think Nancy Mitford) and ‘in’.  This gives something that means wreckage.

28    Gas ring let fuel spread, sticking to its own controls (4-10)
An anagram of the first four words gives you an expression meaning to stick to your own rules.

2    Watered the garden in tights? (5)
A double definition; the first referring to gardening, the second to wearing old fashioned stockings or tights.

4    Saudis all owe debts — to a large extent that’s forbidden (10)
A hidden answer that means forbidden.

6    Learner at first not taking part in developing spicy mime (3-4)
The abbreviation for learner takes an anagram of spicy, with a way of abbreviating ‘not’ inside.

8    Battle with copper one might be hard-pushed to win? (5-9)
My favourite clue today.  A nice cryptic definition of a traditional pub game. 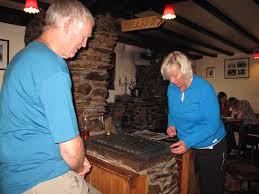 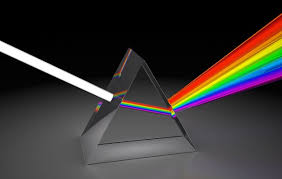 14    Bossy male hack wearing wire for broadcast? (10)
This took me a lot longer to work out the explanation than to solve the clue.  A word meaning like a boss is found by taking an abbreviation for male and adding a word for a hack (a four-legged one) with a type of wire going round. 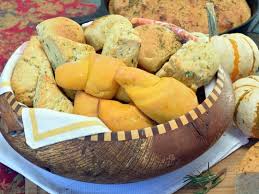 25   Leader to call newspaper’s bluff (4)
A word that means a bluff (geographically) is the first letter of call, plus a word for a newspaper.

The Crossword Club is now open.  Play nicely please and watch the overuse of hints.  I have wired up the naughty step.

The Quick Crossword pun: DELI+ALLEY=DELE ALLI which will no doubt please The Boss!