Hello, everyone.  Today's back-pager continues the recent Tuesday trend of delivering enjoyable puzzles combining smooth surfaces, helpful definitions, and some devious wordplay.  I'm not sure how to assign a difficulty rating to a puzzle like this – perhaps 2* if you stop the clock when the grid is filled, and 3* if you're not satisfied until every clue is parsed.  No doubts about the enjoyment rating though.  It was well above average.

1a    Improvises as daughter inside bails out (2-4)
AD-LIBS:  The genealogical abbreviation for daughter is inserted in (inside) an anagram (out) of BAILS

4a    What's needed to log in American before touring Vietnam? (8)
USERNAME:  An abbreviation for American is followed by a literary 'before' containing (touring = going around) a contraction of Vietnam 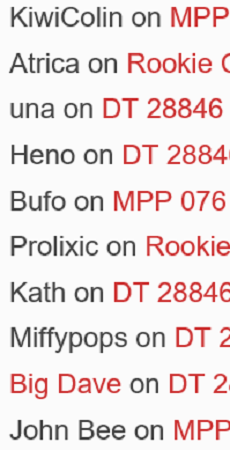 10a   Pompous crowing involving doctor in charge (9)
BOMBASTIC:  Crow or brag containing (involving) a usual doctor, all followed by the abbreviation for in charge 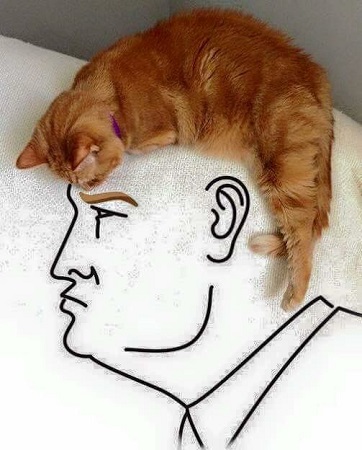 11a   Player's agent ignoring fine (5)
ACTOR:  An agent or transactor of business for another person has the pencil abbreviation for fine deleted (ignoring fine)

12a   Type of furry creature –- work with very large number (7)
OPOSSUM:  Put together the usual musical work, a clothing abbreviation for very large, and number or amount 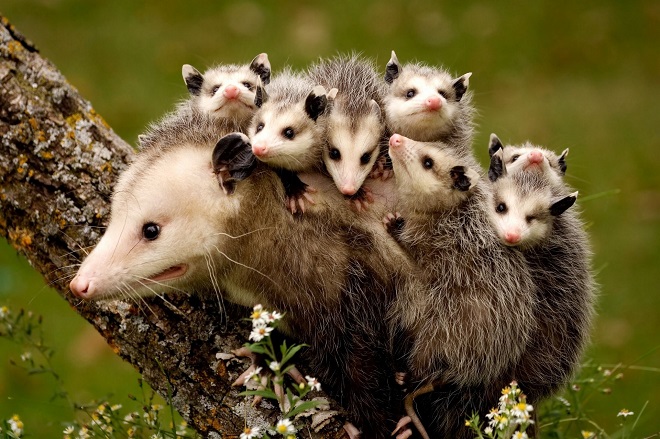 13a   Annual publication bound by local man, a craftsman (7)
ALMANAC:  The answer is hidden in (bound by) the remainder of the clue

14a   Victor leaking wife's secret (5)
INNER:  A victor, minus (leaking) the abbreviation for wife

15a   Former sweetheart, model, dancing round apartment, briefly (3,5)
OLD FLAME:  An anagram (dancing) of MODEL is wrapped round all but the last letter (…, briefly) of a synonym for apartment

18a   A theologian facing ruin, then Greek character backed supplement (8)
ADDENDUM:  Assemble A from the clue, the usual theologian, ruin or destruction, and the reversal (backed) of the best Greek letter (best because, as Kitty has pointed out and the BRB confirms, it's a homophone of a form of feline communication)

20a   Husband sitting in pleasant recess (5)
NICHE:  The abbreviation of husband inserted in (sitting in) pleasant or agreeable 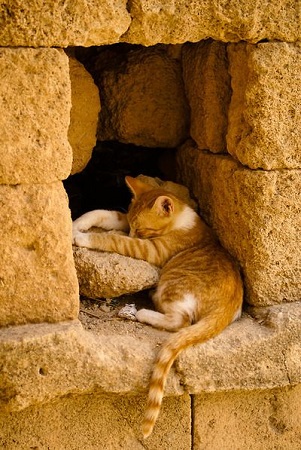 23a   Western flea, unusually large thing? (7)
WHOPPER:  Cement together the abbreviation for western and a noun for a leaping animal, which I suppose includes the flea

25a   Conspirator died close to huge waterfall (7)
CASCADE:  Join together a Roman senator who conspired against Julius Caesar, the abbreviation for died, and the last letter of (close to) HUGE.  I had to reverse engineer the conspirator from the clue after obtaining the answer from the helpful definition.  He's the chap with the big knife standing behind Caesar in this painting by Piloty 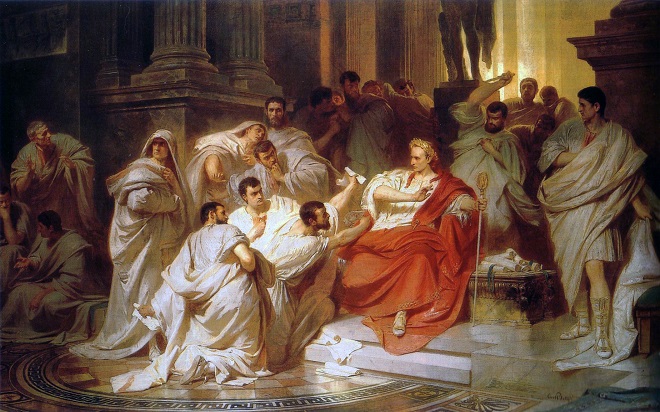 26a   Band in bad taste originally, upon reflection (5)
TROOP:  The reversal (upon reflection) of the union of bad or weak and the first letter (originally) of TASTE

27a   Simon, perhaps, having tot with painter right away (9)
DRAMATIST:  A tot of whisky, for example, is followed by a synonym of painter with the single letter for right deleted (right away).  I expect that the setter had in mind this Simon who died a few weeks ago

29a   Member of the clergy in park by hill (6)
RECTOR:  Glue together an informal contraction for a type of park and a hill or rocky height 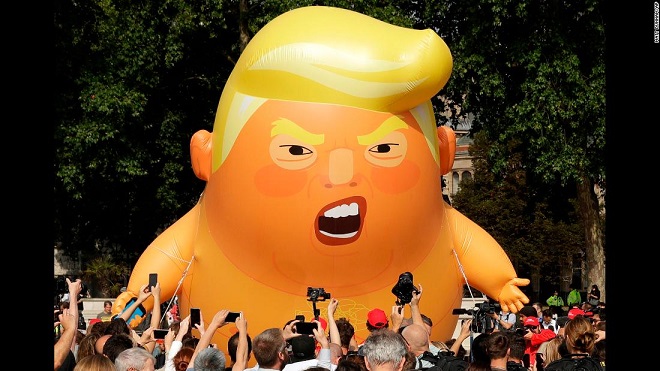 3d    Head removed from fish covered in cheese in restaurant (9)
BRASSERIE:  A brightly-coloured bony fish with its first letter deleted (head removed) is contained by (covered in) a soft French cheese

6d    Newly-created earl, leader of men in field (5)
REALM:  An anagram (newly-created) of EARL with the first letter of (leader of) MEN appended

7d    Word of opposite meaning -- not many for changing (7)
ANTONYM:  An anagram (for changing) of NOT MANY.  No anagrams for ages, and then three arrive together.  A missed opportunity for clues involving buses

8d    What could be nicer? Hotel upgrade (6)
ENRICH:  This is getting silly.  An anagram (what could be …) of NICER is followed by the letter represented by hotel in the NATO phonetic alphabet

9d    Small cap designed to meet the needs of duke crossing battle site (8,6)
STAMFORD BRIDGE:  The anagram glut has come to an end, for here we have a mega-charade.  Take a breath, and then concatenate the clothing abbreviation for small, an informal contraction of a (3, 1'7) cap, a (3) preposition meaning 'designed to meet the needs of', the abbreviation for duke, and a crossing over a river or a road (for example).  I initially thought that the setter had in mind a site of Premier League football battles, but investigoogling in the course of writing the hints revealed that in 1066 it was also the site of a battle against some invading Norwegians.  I'll illustrate both interpretations 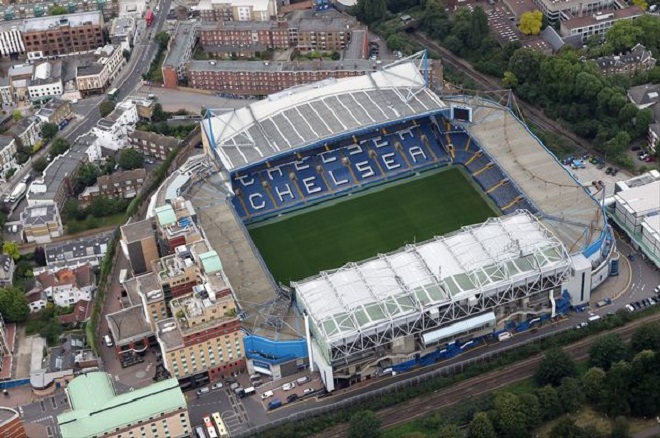 16d   Comes down on head creating scene (9)
LANDSCAPE:  Comes down like an aeroplane, possibly, preceding (on, in a down clue) a head or point of land jutting into the sea

17d   Rat in waste, rolling about (8)
DESERTER:  Stick together a waste or unproductive area and the reversal (rolling) of a usual word for about or concerning

21d   Talk about run out round island in ceremonial carriage (7)
CHARIOT:  Informal talk is wrapped about the cricket abbreviation for run out after it's been wrapped round an abbreviation for island

22d   Second look at cloth sample (6)
SWATCH:  Stitch together an abbreviation for second and look or observe 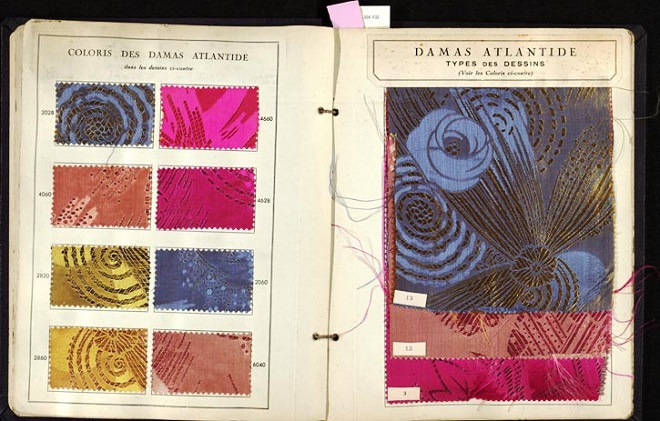 24d   Schoolchild's young dog left lying under one (5)
PUPIL:  A young dog is followed by the Roman numeral for one and the abbreviation for left appended (lying under, in a down clue)

Thanks to today’s setter (Setter A?) for a fun solve.  Today I ticked 4a and 24d because of how the answer emerged from following the wordplay, 28a because we don't see many like that, 3d for its surface, 9d for its epic scale, and 17d for 'rolling about'.  Which clues did you like best?