I found today’s Giovanni to be a puzzle of two halves. The top half went in very rapidly, then I ground to a halt trying to get a foothold in the bottom half, not helped by the duff anagram in 15d, so *** difficulty overall.

Please leave a comment telling us what you thought

5a           Motorway accident has hospital in confusion (8)
MISHMASH – Two letters which look like the alphanumeric designation of one of the UK’s motorways, followed by another word for an accident or collision wrapped around an abbreviation for Hospital.

9a           One looking for something cheap, but unearthing rubbish (7,6)
BARGAIN HUNTER – Another word for ‘but’ or ‘but for’ followed by an anagram (rubbish) of UNEARTHING.

10a         Loftiness of silly undergrad Oxford finally got rid of (8)
GRANDEUR – Anagram (silliness) of UNDERGRA(d) with the final letter of OxforD removed.

11a         Plant in trouble had fallen over (6)
DAHLIA – Put together another verb meaning ‘trouble’ and HAD (from the clue), then reverse the lot (fallen over). 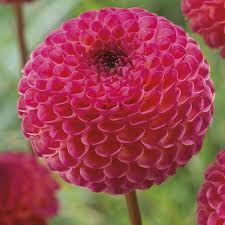 12a         Girl and donkey featured in story (6)
LASSIE – An untrue story wrapped around another word for a donkey.

14a         Outside that place see boy being thrashed (8)
LATHERED – Another word for a boy wrapped around the adverb for ‘that place’.

16a         Bill and Edward crossing Greek island will get waylaid (8)
ACCOSTED – An abbreviation for a bill or account, and a diminutive version of Edward, placed either side of a Greek island.

21a         Reduces speed in thickets (6)
BRAKES – Double definition, the first being how a car driver reduces speed.

23a         Each, coming in refreshed, settled in a new place (8)
RESEATED – An abbreviation for EAch, with another word for ‘refreshed’ wrapped around it.

27a         Some French anger and longing (6)
DESIRE – The plural form of the French partitive article (word for ‘some’), followed by another word for anger.

2d           Country not entirely generous about immigration originally (7)
LIBERIA – Another word for ‘generous’ with its final letter removed (not entirely), wrapped around the first letter (originally) of Immigration.

3d           Revolutionary material about Argentinian leader (5)
PERON – Reverse (revolutionary) a corded cloth, probably found more often in crossword than in real life, then add ‘about’ or ‘concerning’, to get an Argentinian general who ruled the country and had a wife who was the subject of a musical.

7d           Supreme, but lacking chance to compete against opposition (9)
MATCHLESS – If a football team has no game this weekend they could be described as this.

8d           Gentleman being heard, nasty and obsequious (7)
SERVILE – A homophone (being heard) of a form of address for a gentleman, followed by another word for ‘nasty’.

13d         Store at home with film material (9)
STOCKINET – Put together the store of trading goods held by a business, ‘at home’, and a film with a two-letter title.

15d         Maybe having bags to reuse mostly (revised online version) — otherwise not green! (9)
TROUSERED – Anagram (otherwise) of TO REUSE, followed by the colour of a traffic signal which is the opposite of green. That was the version of the clue which is in the paper version and early online. It produces an extra E, hence the addition in later online versions of ‘mostly’, which tells us to remove on of the Es from TO REUS(e).

17d         Craft of Conservative, one to be consulted? (7)
CORACLE – An abbreviation for Conservative followed by a source of information about the future, such as the one at Delphi in ancient Greece, producing a light boat which can be carried on the user’s back. 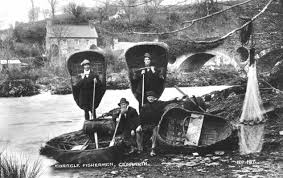 18d         Obtained legal document to restrict half the competitors (7)
DERIVED – Take the first half of a word for ‘competitors’ (Sheridan wrote a play about them), and insert the result into a legal document.

20d         Resident the German entertains abundantly (7)
DWELLER – One of the forms of the German definite article wrapped around a word for ‘abundantly’.

22d         Sudden movement of operator not getting on (5)
SURGE – The sort of operator found in a hospital theatre, with the ON removed.

24d         Another identity unfortunately trapping one (5)
ALIAS – An exclamation meaning ‘unfortunately’ or ‘sadly’, wrapped around the Roman numeral for one.