1 Humour from Matt originally seen in Telegraph? (6)
PAMPER – The first letter (originally) of Matt inside (seen in) something of the Telegraph is an example.

10 … having just one trouble (8)
MONOGAMY – The state of having one wife (Cockney rhyming slang – trouble and strife).

13 Big epithet relating to heavy artillery initially (6)
BERTHA – The initial letters (initially) of the first six words of the clue.

15 Current’s blocking road outside (4)
RIND – A two letter word meaning current or trendy inside (blocking) the abbreviation for road.

19 Fantasist could be armed and ready … (10)
DAYDREAMER – An anagram (could be) ARMED READY.

20 … a mistake whichever way you look at it (4)
BOOB – A word for a mistake that is a palindrome (reads the same backwards as well as forwards).

23 The greatest university’s cutting heartless vandalism to become calmer (6)
VALIUM – The name of the boxer who proclaimed himself the greatest and the abbreviation for university inside (cutting) the outer letters (heartless) of vandalism.

25 Excited teen with date getting one present (8)
ATTENDEE – An anagram (excited) of TEEN DATE.

27 US IT plan perturbed union (8)
NUPTIALS – An anagram (perturbed) of US IT PLAN.

28 Unsuccessful marine commander (6)
CANUTE – Cryptic definition of the king who failed to command the tide not to come in.

29 Hamlet’s first to leave, receiving out of order abuse (3-5)
ILL USAGE – A seven letter word for a hamlet or small community with the first letter removed around a two letter abbreviation meaning unserviceable or out of order.

30 Impostor such as a ringer (6)
PHONEY – Another word for an imposter could (fancifully) mean like a phone (such a ringer).

1 Competition between Royal Mail and DHL, for example, ongoing since VE day (7)
POSTWAR – A word meaning after a period of conflict might be a description of a contest by two mails or parcel deliverers.

3 Blue Planet, say, doesn’t have it (6)
EARTHY – The name of our planet followed by the SAY from the clue without the abbreviation for sex appeal (does not have it).

5 Crook’s alternative way by which to succeed (4)
HOOK – The word that goes with “or by crook” as a saying expressing the intention of succeed by whatever means.

6 Gnomes in favour of state control for instance (8)
PROVERBS – A three letter word meaning in favour of followed by the part of speech of which state and control are examples.

7 Bottle cut suit (5)
HEART – The name of a suit in a deck of cards without the last letter (cut).

8 Act of revenge could be idle talk (7)
PAYBACK – A reverse clue where you need to create a clue that would give YAP (idle talk).

24 Part of top copy pinched by Latin student (5)
LAPEL – A three letter word meaning to copy or imitate inside the abbreviations for Latin and a student.

26 Ad blocker (4)
PLUG – Double definition, the second being a something to block a hole in a sink. 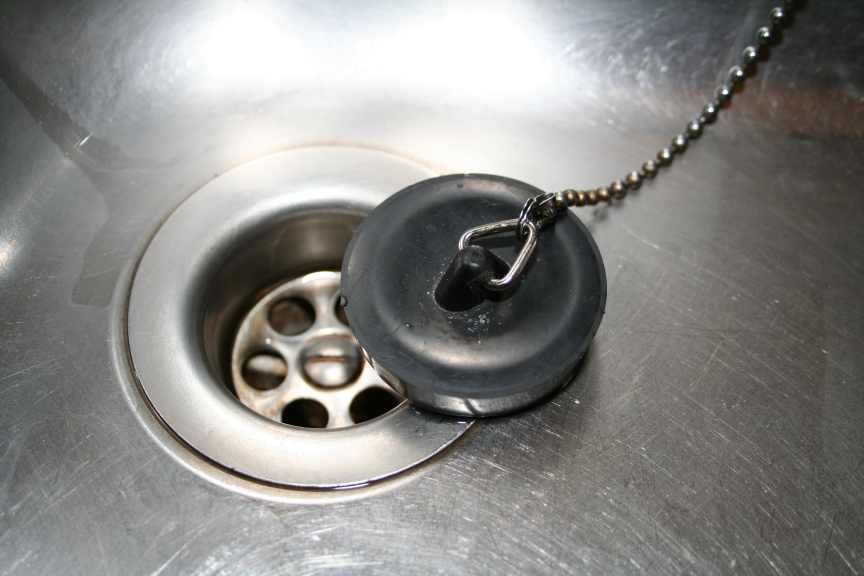