Welcome back to Jaffa.  I have to confess that I did not find this as good as Jaffa’s previous crosswords.  Although there were many excellent clues, there were a large number of niggles and comments on some of the clues that reduced the enjoyment factor.

1 Tom Cruise is dressed by this person (9)
COSTUMIER – An anagram (is dressed) of Tom Cruise.

6 Cutback for flyers (4)
BATS – Reverse (back) a word meaning to cut or puncture with a knife.

8 Quiet peacekeepers confront revolutionary’s strikes (7)
PUNCHES – The abbreviations for quite and United Nations (peacekeepers) followed by (confronts) the name of a well known revolutionary (with the S from the ’s in the clue).

12 Taking heed of ingredient in Asian recipe (4)
GHEE – The answer is hidden in (of) in TAKING HEED.

14 Barney relocated and found Fred and Wilma here (6)
NEARBY – An anagram (relocated) of BARNEY.

19 Familiar PM with time and energy manufactures old Roman pixels? (8)
TESSERAE – A shortened form of Theresa (familiar PM) followed by a three letter word for a period of time and the abbreviation for energy.

20 Iceland employs retired king to found another state (6)
ISRAEL – The IVR code for Iceland follows by a reversal (retired) of the name of a Shakespearean king.

24 Getting pickled when northern rebels are setback in game victory (10)
MARINATING – The abbreviations for North and Irish Republican Army are reversed (setback) inside the chess term for game victory (only potentially as the victory requires check before the required letters).

28 Quartets that drive golfers round the bend (7)
DOGLEGS – Something a canine has four of (quartets).

29 Weighty Greek cruise destination (4)
TROY – A place you might visit on a cruise around the Greek coast is also a measure of weight used by jewellers.

30 Good men pursue Delaware warning about what the feller does (9)
DEFOREST – The state code for Delaware and a warning given in golf followed by the plural abbreviation for saints (good men).

1 Compound payment, said to be for policeman’s late duty (6,7)
COPPER NITRATE – A six letter word for a policeman followed by a homophone (said to be) of night rate (payment for late duty).

2 One deserts but five hundred join warring partisans to build bunkers (4,5)
SAND TRAPS – Remove the I from PARTISANS and add a D (five hundred) and make an anagram (warring) of the letters that remain.

3 He shows the way with drug dealer tip-off (5)
USHER – Remove the first letter (tip-off) from a six letter word for a drug dealer.

5 Roisters about but ineffectual without 13 (8)
RESISTOR – An anagram (about) of ROISTERS.

6 Metal supplement present in rolls (4)
BAPS – The chemical symbol for Barium follows by the abbreviation for a note added as a supplement at the end of a letter.

7 Reflection of murmuring H2O, with time, yields wisdom maybe (5)
TOOTH – Reverse (reflection) the H, a homophone (murmuring) of two, the O and the abbreviation for time.

13 The current ebbing may be due to these increasing (4)
OHMS – Cryptic definition of a scientific electrical unit of measurement that when increasing reduce the amount of current or amperes in an electrical circuit.

17 Poorly aired on promontory but showing aptitude (9)
READINESS – An anagram (poorly) of AIRED on a four letter word for a promontory.

18 Little sea with a salt content has restricted movement (8)
MANACLED – The shortened from of Mediterranean includes the A from the clue and the chemical formula for sodium chloride (salt).

21/26 Huntress perhaps or non-PC announcement about a nun (4,2,4)
BIRD OF PREY – A non-PC description for a nun might be a bird of pray.  Make a homophone about this (announcement). 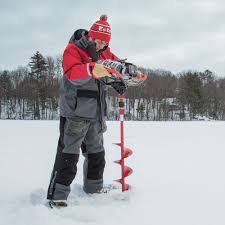