Hello everyone.  I found this offering meatier than last week's puzzle, with some nice dollops of originality sprinkled throughout the clues.  Just right for a Tuesday, I'd say.

In the hints below most indicators are italicized, and underlining identifies precise definitions, cryptic definitions, and all-in-one definitions.  Clicking on the ANSWER buttons will reveal the answers.  In some hints hyperlinks provide additional explanation or background.  Clicking on a picture will usually enlarge it or display a bonus illustration.  Please leave a comment telling us how you got on.

1a    Fixed price: English prescription (6)
RECIPE:  An anagram (fixed, as in repaired) of PRICE, followed by an abbreviation for English 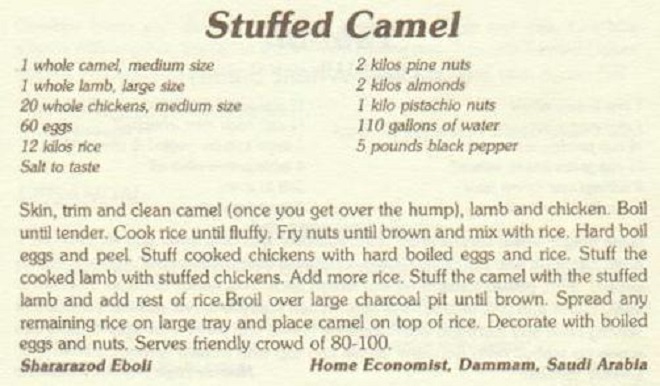 4a    Elbow  joint (8)
SHOULDER:  A double definition.  Elbow meaning jostle or shove, and joint meaning a cut of meat, perhaps 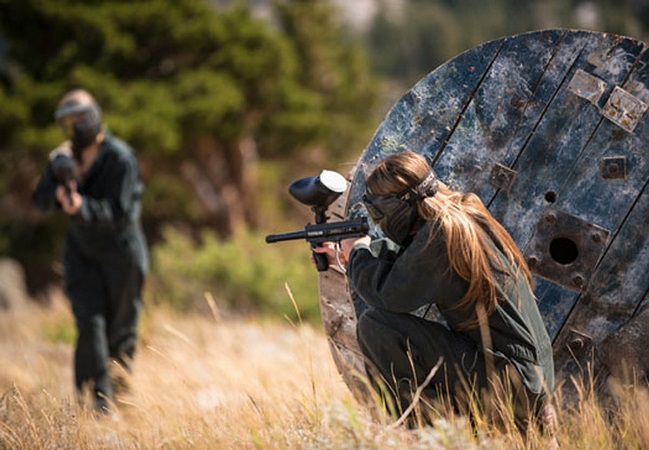 11a   Row round first of buoys in river (5)
TIBER:  A row or a bank containing (round) the first letter of Buoys is an Italian river

12a   Enjoying a run of success playing a wheel? (2,1,4)
ON A ROLL:  Put together a short synonym of playing, A from the clue, and a synonym of wheel 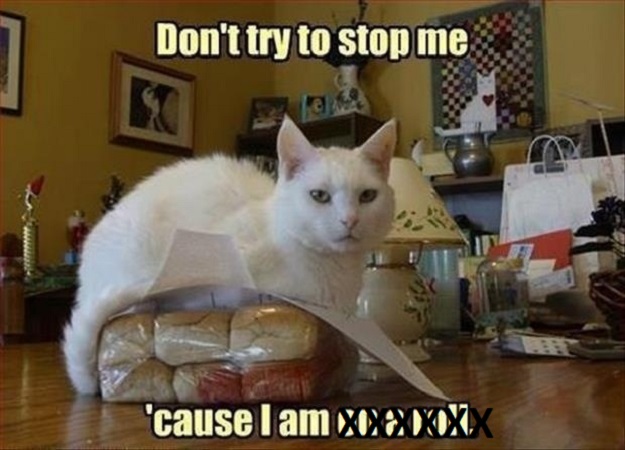 13a   Newspaper covering fields of study in distant countries (3,4)
FAR EAST:  A usual newspaper (the pink one) is wrapped around (covering) a simple word for fields of study

14a   Explicit about Shakespearean hero (5)
CLEAR:  A usual single-letter abbreviation for about or approximately, and the title character of a Shakespearean tragedy

18a   Italian individual backing pub singer (8)
BARITONE:  The abbreviation for Italian and individual or single both come after (backing) another word for pub

20a   Tea after instant coffee (5)
MOCHA:  An informal word for tea placed after an instant of time

25a   Able to grab time with single daughter (7)
TALONED:  Concatenate the physics symbol for time, single or solitary, and the genealogical abbreviation for daughter.  'Able to grab' like this Red-Tailed Hawk I once photographed 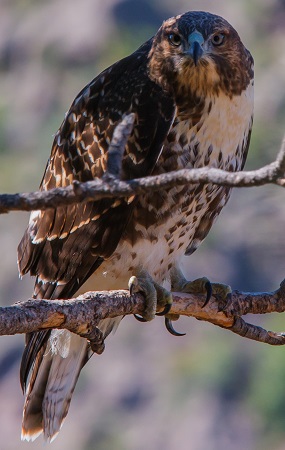 26a   Constant test for underwater growth (5)
CORAL:  A mathematical abbreviation for a constant, and a test that's not written

27a   Problem caused by damaged retina, certainly inside (9)
EYESTRAIN:  Find this vision problem as an anagram (damaged) of RETINA with a short word of affirmation inserted (certainly inside)

28a   Brought round, a top Conservative is slow to act (8)
DILATORY:  Join A from the clue and a top or cover (for a container, perhaps).  That lot is then reversed (brought round) and followed by a word for a Conservative politician

29a   Imagined Lauren being cast (6)
UNREAL:  An anagram (being cast) of LAUREN

1d    Tick off salesman over fish (8)
REPROACH:  A usual informal word for a salesman is followed by (over, in a down clue) a silvery freshwater fish

2d    Chance shifting round one part of track, perhaps (7)
CHICANE:  An anagram (shifting) of CHANCE is wrapped round the Roman numeral for one 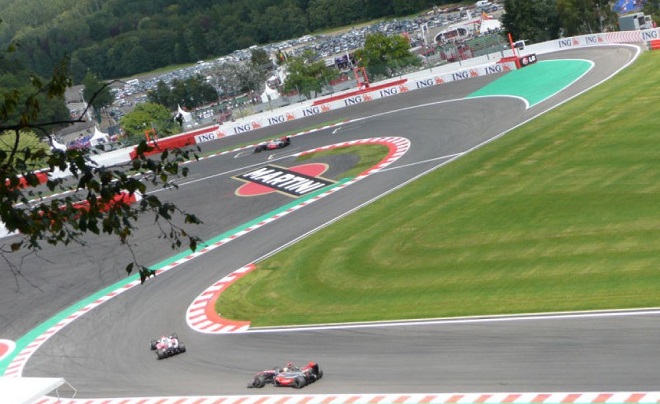 6d    Total, say (5)
UTTER:  A double definition.  One is an adjective meaning total or complete, the other a verb meaning say or state

8d    Find it in tracks artist laid down first? (6)
RARITY:  Insert (find … in) IT from the clue into the (2) abbreviation for (railway) tracks.  Then prepend our usual artist (artist laid down first)
[Additional explanation and pic added at 2:50 pm]  The clue can also be parsed as the first word being a definition and the remainder wordplay.  But since the answer is used specifically to describe an early album or song by a recording artist that is now hard to find, the entire clue works as a more satisfying definition.  I expect that was the setter's intention, so I have underlined it as an all-in-one clue.  As always, it would be great if the setter dropped in to tell us what they had in mind 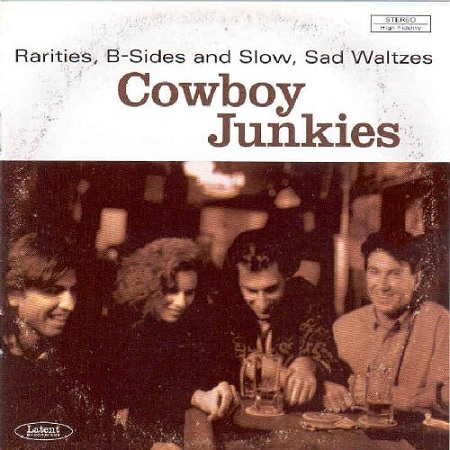 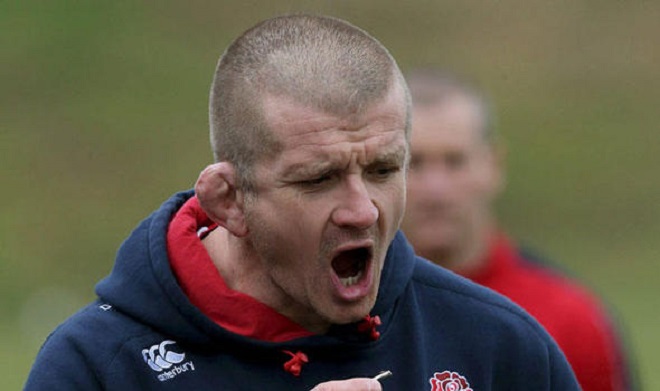 16d   Dope may be easy to obtain, ultimately (9)
SIMPLETON:  Cement together easy or uncomplicated, TO from the clue, and the last letter of obtaiN (…ultimately)

17d   Chief character in a line (8)
CARDINAL:  Assemble a character or comical person, IN A from the clue, and the abbreviation for line

19d   Commander, awfully mad over broken rail (7)
ADMIRAL:  An anagram (awfully) of MAD followed by (over, in a down clue) an anagram (broken) of RAIL

21d   Depressed prisoner with word of warning (7)
CONCAVE:  A usual prisoner or criminal, and the Latin for beware (which Chambers says is dated schoolboy slang) 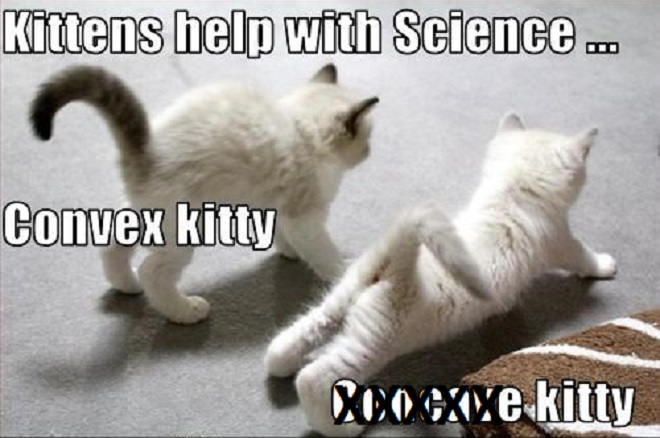 22d   Cool cats, initially in tartan (6)
PLACID:  The first letter (… initially) of Cats is inserted in a some tartan cloth

Thanks to today’s setter for a fun solve.  I liked 12a for its surface, 25a for its answer, 28a for its wordplay, 5d just because, 7d for its clever, 8d for being an &lit., 21d for the science kittens, and the second quickie pun because it made me smile.  Which clues did you like best?