Hello everyone, and welcome to another Tuesday back-pager.  Today’s puzzle has no real obscurities (at least for those old enough to know Gone with the Wind) and no tricky clue constructions.  Curiously, during the solve it felt a tad more difficult than usual, but after writing the hints I’m finding it hard to see why.  Must be that wavelength thing.  It was still a very enjoyable solve and that, after all, is what really matters.

Kitty, who keeps track of such things, told me earlier that Monday of this week is National Tequila Day.  Today I am blogging from the nation in question, and the time difference means that it is in fact still Monday as I formulate these Tuesday hints and tips.  So, I naturally had to observe the special day by writing the blog with a moderately*-sized Margarita at my side.  I’m not sure if that had any effect on the hints.  I had planned today to revisit the issue of repeated answers after Kitty told me that it came up at the recent Macclesfield Sloggers and Betters event but, having already filled a paragraph of intro and being unsure that math(s) and tequila are compatible, I think I’ll just save that topic for next week.

10a   Enough drink imbibed by politician? Quite the opposite! (5)
AMPLE:  Following the clue’s direction to invert the word play (quite the opposite), the usual abbreviation for a Member of Parliament (politician) is inserted into (imbibed by) an alcoholic drink

11a   Reported cut head in Kent town (9)
SHEERNESS:  Join a homophone (reported) of cut and a synonym of head(land) to get a town in Kent.  Here is Wikipedia’s list of Kentish towns.  The answer is also a fabric property.

12a   Dull and terribly annoyed (7)
ANODYNE:  An anagram (terribly) of ANNOYED

13a   Soft game with unknown (7)
SQUASHY:  A racquet game followed by one of the usual letters used in mathematics to stand for an unknown variable.

14a   101 left in outstanding debts, being arrogant (12)
SUPERCILIOUS:  This one is a charade.  We need to assemble an adjective meaning outstanding, 101 in Roman numerals, L(eft), and some informal documents acknowledging debts

18a   A woolly state ... or an embarrassed one? (12)
SHEEPISHNESS:  Interpreted cryptically the answer describes a property possessed by one type of woolly creature. 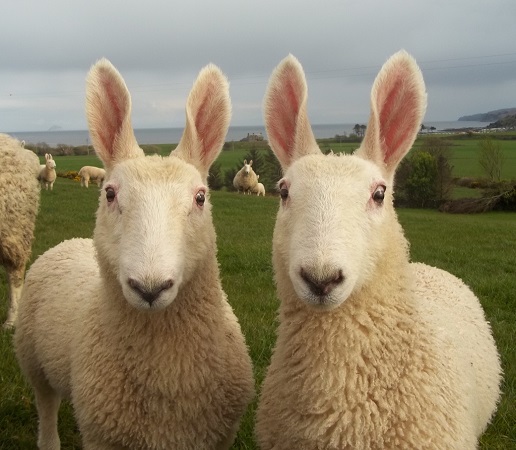 21a   Space for a gold sovereign? (7)
EMPEROR:  Link together a usual printer’s unit of space, a short word meaning “for a”, and the usual heraldic term for gold.  The answer is also a type of penguin. 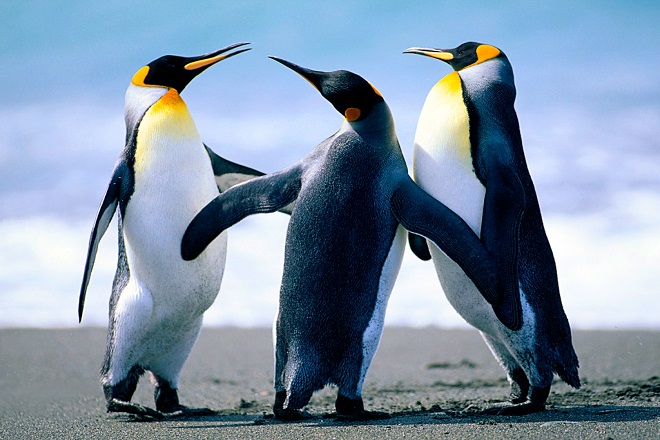 24a   Finally felt upset about obituary for old fossil (9)
TRILOBITE:  The last letter (finally) of felT followed by a verb synonym of upset that contains (about) a four-letter abbreviation for obituary.  If the fossil isn’t familiar, you’ll find some details here 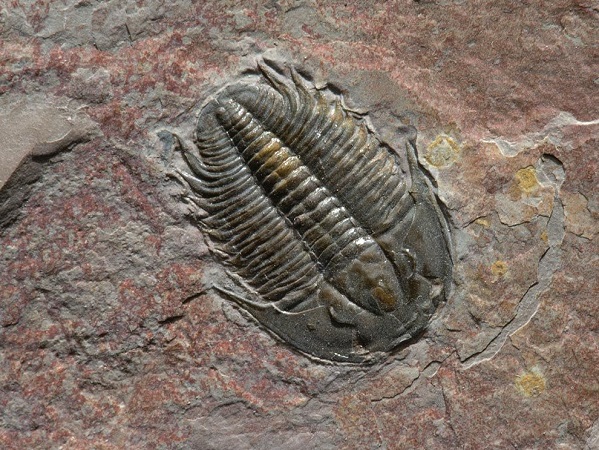 25a   Possibly perfect form of language (5)
TENSE:   Non-perfect examples of this form of verbs include past, present, and future

27a   Pay British bank for pedestrian crossing (10)
FOOTBRIDGE:  Concatenate a word meaning pay (the bill), B(ritish), and a synonym of bank or mound

1d    Scarlett's place is housing this person's crowns (6)
TIARAS:  Scarlett here is Ms O’Hara of 1939 movie Gone with the Wind, and her place is the plantation where she lives at the start of the film.  The answer is a contraction of “Scarlett’s place is” containing (housing) the single letter pronoun that the setter would use for themselves (this person). 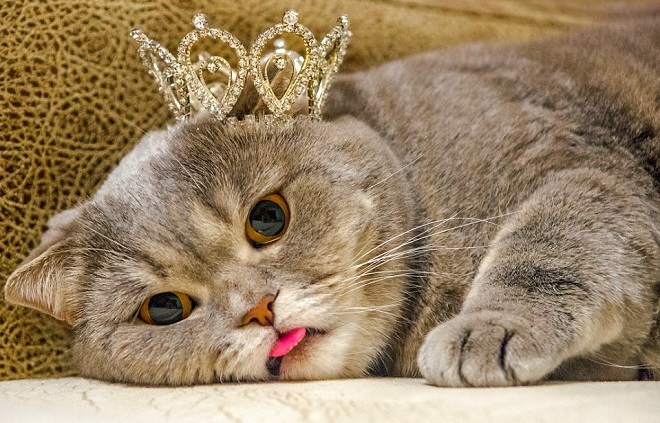 3d    Sorry round with bogey pair unravelled (1,3,4,6)
I BEG YOUR PARDON:  An anagram (unravelled) of ROUND BOGEY PAIR

4d    12 and offensive (9)
TASTELESS:  A nice double definition, the first being the bland answer to 12a

15d   Sure about working if turning up with depression? (9)
CONFIDENT:  Chain together the usual single-letter Latin abbreviation for about or approximately, a usual word for working or running, the reversal (turning up in a down clue) of IF from the clue, and a depression (in a sheet of metal, perhaps) 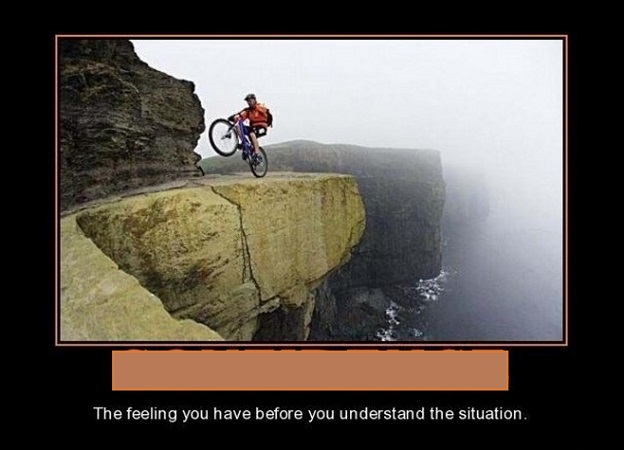 16d   Fool embracing famous footballer -- love is dangerous stuff (8)
ASBESTOS:  A usual fool containing (embracing) both a Northern Irish footballer who found fame and celebrity playing for Manchester United in the 1960s & 70s and the usual letter representing love in tennis.  Here are a few quotes from the famous footballer:

17d   Office worker can start to get seductive (8)
TEMPTING:  Assemble a non-permanent office worker, a synonym of can (of food), and the first letter of (start to) Get 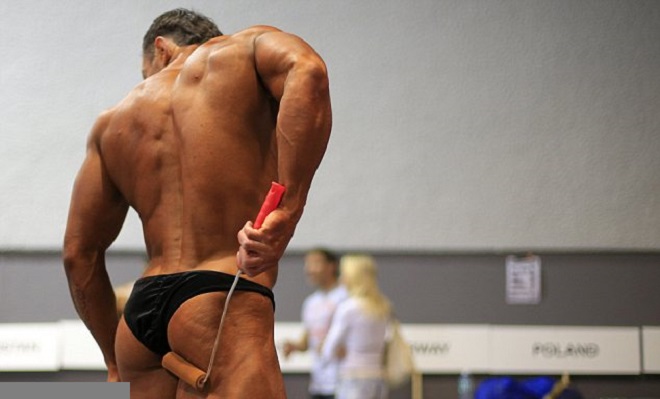 20d   Always in London area? Harsh! (6)
SEVERE:  Place a synonym of always inside (in) the two-letter compass direction that locates the London area within the UK

22d   One might charge money (5)
RHINO:  A double definition.  The money synonym is one I’ve encountered only in cryptic crosswords.  Big Dave has accurately labelled it and its ilk Wolves in Sheep’s Clothing 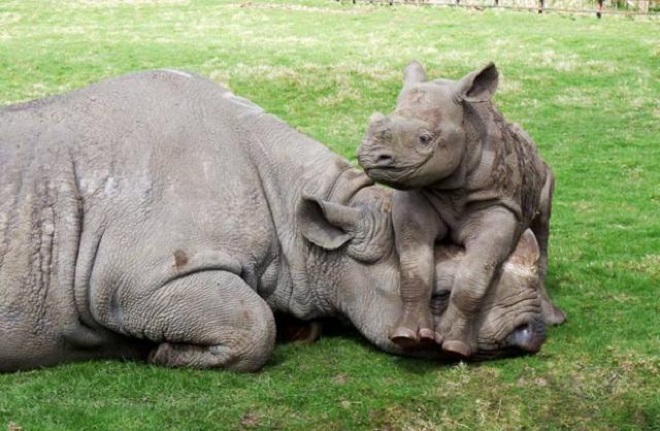 Thanks to today’s setter for a fun solve.  Running through the acrosses, I liked the single word anagram in 12a, 13a and 18a both raised a smile, and I was impressed by the efficiency of 26a.  On the downs, I enjoyed unpicking 1d, laughed at 12d, admired how 15d mixed four ingredients to get a smooth surface, enjoyed seeing the answer to 16d emerge from the word play (now, what footballer can go in here to make a real word…?), and was pleasantly surprised by both 19d and 20d.  I was not wild about 22d because you either know it (most likely from a previous crossword) or you don’t.  Which clues topped your list?