Hello, everyone, and welcome to another Tuesday back-pager.  Today’s puzzle is refreshingly free of obscurities and general knowledge.  There’s also no cricket.  It does have a bit of a physics flavour running through some of the clues, but even that doesn’t bring in anything unfamiliar.  I thought difficulty-wise it was about right for a Tuesday, but that it ranked above average for enjoyment.  I’m not going to nominate a setter, but since there were a few smooth surfaces here that reminded me of Mister Ron I’m including a cat picture or two just in case.  As always, if the setter is reading, please remember that we all love to hear from you.

In my last two blogs, I’ve discussed some ways that setters like to make things challenging for themselves and interesting for us by imposing constraints on letter choices.  The best-known example of this must be the pangram, so I want to wrap up the discussion with a few pangram statistics.  The relevant charts and data are under the spoiler box following this paragraph.  My database now has 5585 back-page puzzles, of which 155 are pangrams.  The data shows that most of those appear on Saturday and that Rufus and Virgilius really don’t go in for pangrams.  Things are different with the Quickie, where the pangram chart is dominated by Friday – it looks like Giovanni produces a pangram Quickie almost every week.  Finally, a different setting challenge to using all of the letters available is using as few different letters as possible.  Here the data suggests that the minimum number of letters needed in a back-pager is 17.  There are only three of those, and they were all published before 2006.  I have no idea why that might be.

This chart shows the number of back-page pangrams by the day of the week that the puzzle was published. 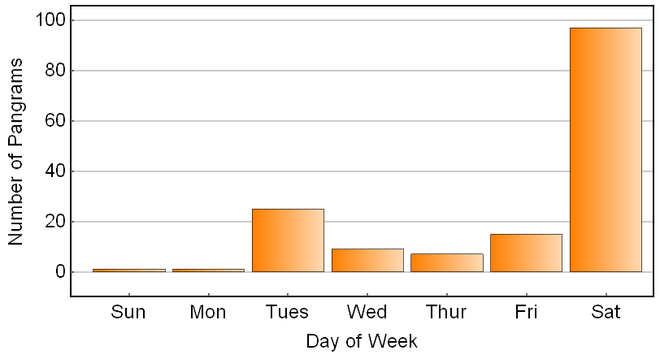 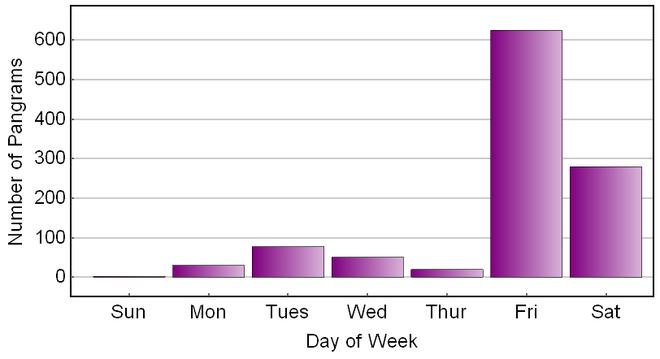 Finally, this chart shows the number of back-page puzzles versus the number of different letters in the puzzle.  The bump at 26 letters shows setters making the extra effort to create a pangram.  There are only three puzzles using 17 letters, so presumably it is extremely difficult to compose a puzzle with fewer letters. 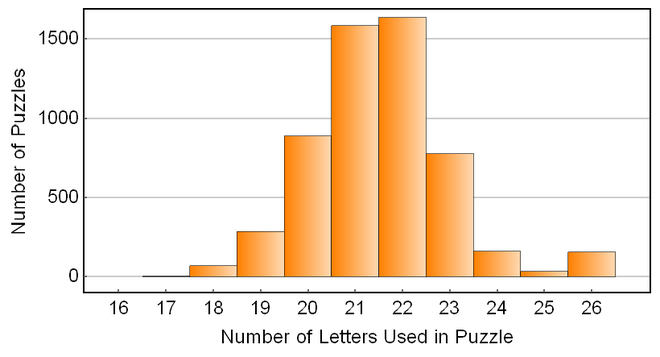 buttons.  In some hints hyperlinks provide additional explanation or background.  Please leave a comment telling us how you got on.

9a    Begin accepting law broken for loyalist? (8)
STALWART:  A synonym of begin contains (accepting) an anagram (broken) of LAW.

10a   Hurry over and see heartless carer (5)
NURSE:  The reversal (over) of a word meaning hurry, followed by SeE without its centre letter (heartless).

12a   Flier‘s mischievous activity (4)
LARK:  Double definition.  The flier is a songbird renowned for getting up early. 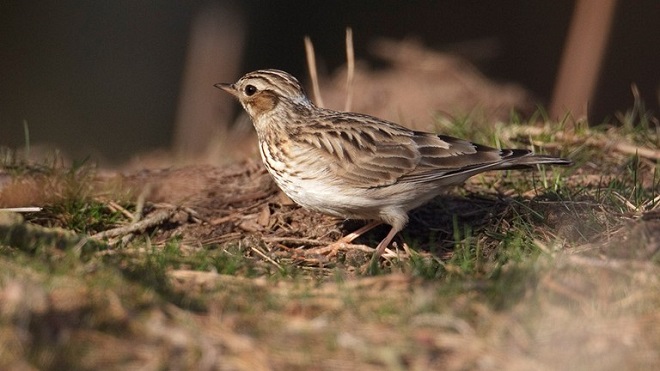 13a   Get faster a cold vegetable, mostly devoured (10)
ACCELERATE:  Concatenate the A from the clue, C(old), all but the last letter (mostly) of a vegetable best used to eat blue cheese, and a short synonym of devoured.

15a   Rate terribly evil toy entertaining child at first (8)
VELOCITY:  Insert the initial letter (at first) of Child into an anagram (terribly) of EVIL TOY to get the name given in physics to the rate of change of position.

16a   Might one prohibit flag? (6)
BANNER:  Interpreted cryptically, this type of flag might describe a person who prohibits something.

18a   Republican quietly abandoning Bill’s schedule (6)
ROSTER:  The single letter abbreviation for Republican followed by a bill or advertising notice without the usual musical abbreviation for softly (quietly abandoned).  For those perplexed, as I once was, about the capitalisation here of bill, the convention is that while the setter may capitalise at will to mislead us, they may not decapitalise proper nouns.  (This and other cruciverbal conventions are explained clearly in Prolixic’s wonderful Brief Guide to the Construction of Cryptic Crossword Clues.)

20a   Most frightening hotel – and most spacious (8)
HAIRIEST:  Link together the single letter represented by hotel in the NATO phonetic alphabet and an adjective meaning “most spacious”.  The answer could also describe this angora rabbit. 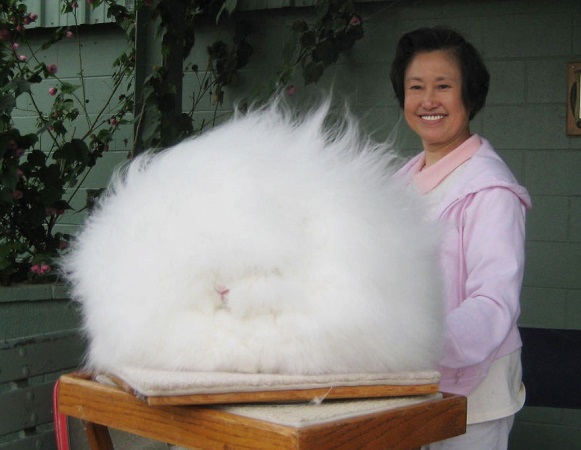 23a   Tailor awaits cost for garments (10)
WAISTCOATS:  An anagram (tailor) of AWAITS COST.

24a   Love is about in land of the Wizard from the East (4)
ZERO:  Put a usual abbreviation meaning about or concerning inside the place where a well-known Wizard lives, and then reverse the lot (from the East, in an across clue).  The answer is the numerical value of love as a tennis score.

26a   Support son, overweight, knocked back by female (5)
STAFF:  Chain together S(on), the reversal (knocked back) of an adjective meaning overweight, and F(emale).

27a   Account in the red? That’s sweet (8)
MACAROON:  Put the usual abbreviation for account or bill inside a crimson shade of red.  Jean-Luc generously brought several boxes of these delights to the 2016 Birthday Bash.  The photo shows some of them. 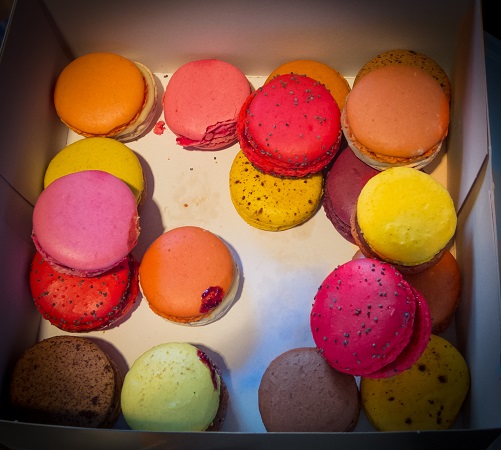 2d    Cheers up with lunar shot being seen around common (7)
NATURAL:  A short informal word of thanks is reversed (up, in a down clue) and placed inside (with …. being seen around) an anagram (shot) of LUNAR. 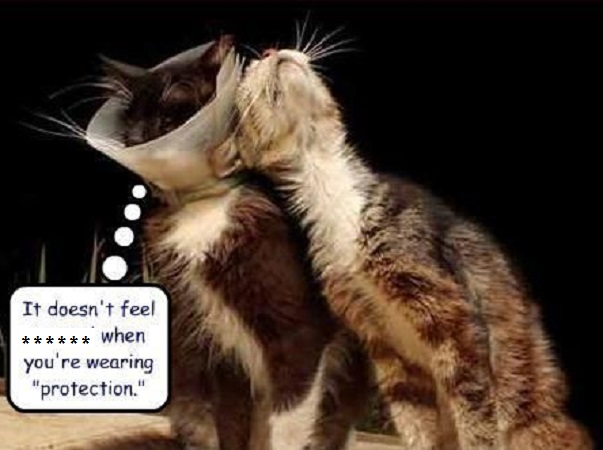 4d    Lack vehicle in south London, say (8)
SCARCITY:  S(outh) and a thing of which London is an example (say) contain a common motor vehicle.

5d    European setter regularly upset this setter – one needs respect! (6)
ESTEEM:  Concatenate E(uropean), the odd letters (regularly) of SeTtEr, and the reversal (upset, in a down clue) of a pronoun our setter would use to describe himself.

6d    Shelve getting daughter to replace carbon support under a light source (10)
CANDELABRA:  Start with a word meaning to shelve or to call off and replace an instance of the chemical symbol for carbon by the abbreviation for daughter.  Then append the A from the clue followed by (under, in a down clue) crosswordland’s usual supporting underwear. 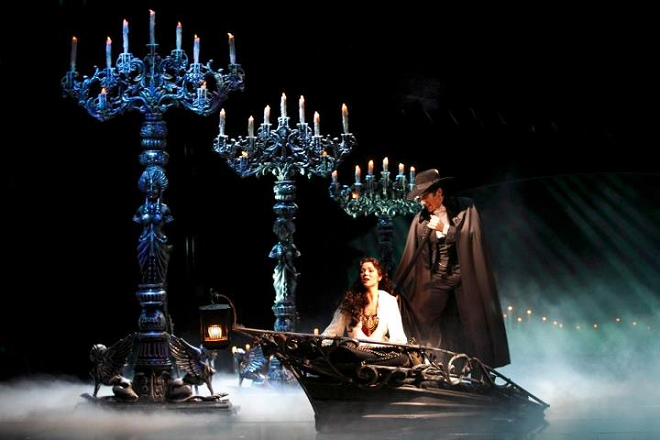 8d    Star’s allowance for party? (11)
CELEBRATION:  Split (5,6), the answer could describe an allocation given to a famous person.

11d   Suspect I’ve writ lots? I want some more! (6,5)
OLIVER TWIST:  The owner of the underlined catchphrase is an anagram (suspect) of I’VE WRIT LOTS.  Click on the picture to reveal another image that better illustrates the answer but isn’t as cute. 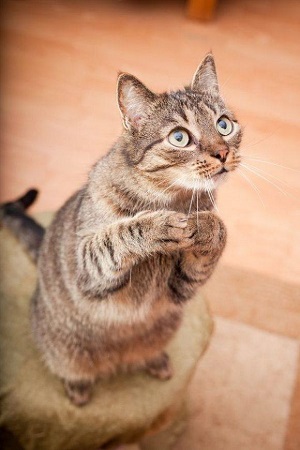 14d   Fancy cities mostly find Conservative to be methodical (10)
SCIENTIFIC:  An anagram (fancy) of CITIES and all but the last letter (mostly) of FINd, followed by the single letter abbreviation for Conservative. 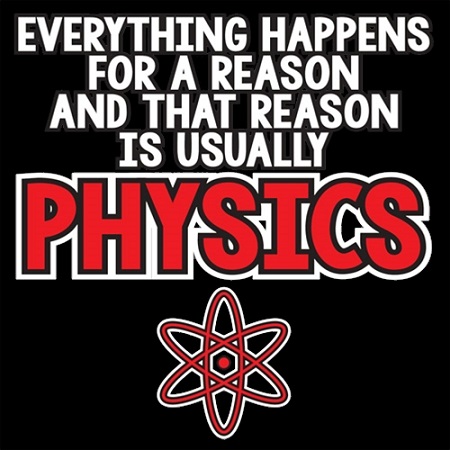 19d   Vegetable that’s somewhat crisp in a chilli (7)
SPINACH:  This vegetable is a hiding in part of (somewhat) the remainder of the clue.

21d   Reportedly, one glimpsed something ugly (7)
EYESORE:  Split (3,4) the answer sounds like (reportedly) one saying that one has glimpsed.

25d   Worry doctor after forgetting answer (4)
FRET:  An anagram (doctor) of aFTER minus (forgetting) the single-letter abbreviation for answer.

Thanks to today’s mystery setter for a most enjoyable solve.  I liked the amusing surface of 3d, the smoothness of 6d, and I appreciated the nice 13a, 15a, and 14d triplet.  I smiled at the memories brought back by 27a.  My favourite today is the compact, smooth, and clever 24a.  Which clues made you smile?