Good morning from a somewhat damp Sheriff Hutton in North Yorkshire where we’re doing a bit of grandparenting.

Giovanni was in benign mood today, and I rattled through in * time.

In the hints below, the definitions are underlined. The answers are hidden under the ‘Click here!’ buttons, so don’t click if you don’t want to see them. Some people have been having a problem with the buttons, where they shrink to a vertical ine and don’t work: refreshing the browser two or three times can restore normal service.

6a           Fellow‘s skin problem (4)
CHAP – Double definition, the second being an effect of exposing the skin to harsh conditions.

10a         Male, deceased, recalled as good conductor (5)
METAL – Male, followed by the reversal (recalled) of a word meaning deceased.

11a         Smuggler could be odd fish (3-6)
RUM RUNNER – Another way of saying odd, followed by a schooling, predatory fish. First time I’ve come across this fish.

12a         Manage to show love with poetry and love’s ending (7)
OVERSEE – Put together the letter that looks like a love score at tennis, another word for poetry, and the last letter (ending) of lovE.

13a         Conceal son alongside mum (7)
SMOTHER – An abbreviation for Son followed by the full word for mum.

21a         Epistle-writer’s superior communication seen by the old man (7)
PAULINE – The apostrophe tells you that this is an adjective describing a (New Testament) epistle-writer. Start with someone often referred to as ‘the old man’, then add the letter indicating superior or upper-class, and finish with a short communication.

23a         The state of Jones at home with woman (7)
INDIANA – This American state is the first name of Dr Jones in a series of films. A two-letter term for ‘at home’ followed by a woman’s name. 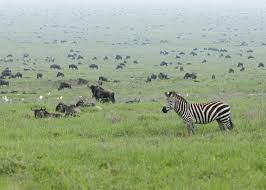 25a         Use a brush, article dipped into an amount of liquid (5)
PAINT – Put an indefinite article inside a quantity of liquid, usually a measure of beer or milk.

4d           Spoil view outside poor French city (9)
MARSEILLE – Start with a word for spoil, then wrap a verb meaning ‘view’ around another word for poor.

7d           Sidekick of tennis player outside church (8)
HENCHMAN – An English tennis player (the great British hope until Andy Murray came along) wrapped around an abbreviation for church.

17d         Got free, almost looking embarrassed (8)
ACQUIRED – A word meaning free from a criminal charge, with its last letter removed (almost), followed by the colour you may go if embarrassed.

19d         Firm includes a wicked thing, opportunity for gambling (6)
CASINO – An abbreviation for a firm or company wrapped around A (from the clue) and a wicked thing.

20d         One insect or another is sat upon by maiden (6)
MANTIS – The abbreviation for a Maiden over in a cricket scorecard, followed by an insect and IS (from the clue). 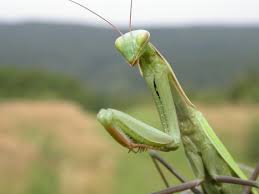