Our glorious leader has gone to the city of perspiring dreams for a er.. gathering of erudite setters and solvers.  If you are in the area, it’s not too late to go and you can meet up with BD, Crypticsue and a whole gaggle of your blog chums, plus the odd setter (and most of them are!).  So I am afraid you have me babysitting the site for the weekend, so I’ll be here today and tomorrow with the hints, etc.

Most of the terms used in these hints are explained in the Glossary and examples are available by clicking on the entry under “See also”. Where the hint describes a construct a “usual” this means that more help can be found in The Usual Suspects, which gives a number of the elements commonly used in the wordplay. Another useful page is Wolves in Sheep’s Clothing, which features words with meanings that are not always immediately obvious.

Some hints follow.  I will be around during the day to offer advice and receive your comments,  but please respect the site rules about directly posting solutions, etc.  You’d hate it if I turned green and burst out of my shirt. (How would we know the difference?- BD).

1a   Fishmonger’s special offer for Scrooge (10)
We start today with a word that may describe Dickens’ miser.  If you bought a particular (flat) fish at a reduced price, it could be described as this.

2d    A barrier for architect (4)
The surname of a famous architect who designed many famous buildings in London, as well as other cities (Theatre Royal, Drury Lane was one of his, I think) is found by taking A and adding the name of a barrier (think Hoover or Grand Coulee).

10a    It takes a stiff pint by the sound of it (4)
A cryptic definition here for something on which you could place a dead body sounds like something that will be quaffed in large quantities in Cambridge today!

13a Payment from trade is about to unravel somewhat (8)
This was my last one in today.  A word meaning a trade or transaction goes round a word that means to unravel.

15a    Certain bet’s stupid without right means to pay (7,5)
A way of paying for something is revealed by taking a word for a certain bet and adding something that means stupid or silly.  Inside this word goes R for right, indicated by “without”.

22a  Artillerymen landing weapon (6)
An abbreviation for a soldier in the Royal Artillery is added before a word for somewhere you could land or disembark a boat.  These together give you the name of a weapon.

25a    Working in Capitol I could be Congressman (10)
A word that may describe a member of the American Congress (or the Houses of Parliament) can be found by solving an anagram (indicated by working)  of IN CAPITOL I.  A nice apposite clue.

27a    Pillar of the underground in prison having served time (10)
The name for something found underground is found by taking the name for a prison (especially in Germany in WW2) and adding an anagram (serving) of TIME. 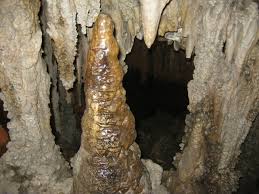 1d    Metal business, Latvian perhaps (6)
The name for a metal element, which incidentally is derived from a German word for dwarf, is found by taking the standard abbreviation for a company and adding a slightly obscure way of describing someone from Latvia (based on the sea nearby).

8d Examination’s just the thing to probe my virtue (8)
I spent a bit of time thinking this was an anagram of MY VIRTUE, but it’s not!  The answer’s a word for a type of virtue.   Inside MY goes a type of spoken exam, plus a short  two letter word that refers to a thing.

14d  Quickly dismiss parody on solicitor protecting the French (7)
A sporting term that means to dismiss people quickly is found by taking a word for a parody and a solicitor (or someone who sells tickets for a profit) and inserting LE (the in French).

17d  Extremely studious person bags top-class award (8)
A word that means an award (of a title, for example) upon someone is found by taking a way of saying someone was the top-ranking student (think of a nickname for Billy Bunter!) and inserting A (standard crossword abbreviation) for top-class.

17d  Group in church make obeisance (6)
Inside the standard abbreviation for the Church (of England) goes a word meaning a group to give an expressio meaning to make obeisance.