Good morning everyone.  Bright and sunny but also breezy and slightly chilly in Oxford – no basking alley cats today – but normal service continues on the Vega Baja.  Although Her Majesty appears to have done a runner we’re pretty sure this is a RayT production as his other trademarks are there – no clue more than eight words and a bit of innuendo.  We thought it a bit tricky in places but very enjoyable so we’ll be interested to hear your opinions.

Definitions are underlined in the clues and the ones we liked most are in blue.  Please leave a comment telling us what you thought.  You can also add your assessment by selecting from one to five stars at the bottom of the post.

1a           Restricted, criminal laid into criminal (11)
{CONDITIONAL } – Start with everyone’s favourite crosswordland criminal and follow him with an anagram (the second criminal in the clue) of LAID INTO

9a           Reckons hunt’s returning between two points (7)
{ESTEEMS } -This kind of “reckons” means to think highly of – a get together of mounted horsemen and women with hounds, not forgetting the ’S, is reversed (returning) between two points of the compass.  The unspeakble in hot pursuit of the uneatable? 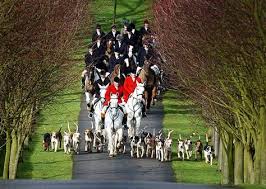 12a         Bank record contains case of error (7)
{TERRACE } – Not a financial institution but a raised level or walk. A record or line marked by a recording instrument contains the first and last letters (case of) error. 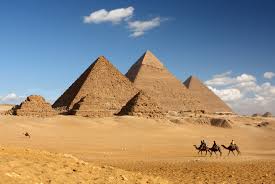 15a         Sailor by end of ship heaving trimmed sheet (9)
{TARPAULIN } – A sailor (not AB – one of the others) comes before the last letter of (end of) ship and then another word for heaving or pulling with great effort without its first and last letters (trimmed). Took archy a fair while to crack this one as he read the 6th word as HAVING.  Should have gone to Specsavers, d’oh!

20a         Contend gripping second wood (5)
{ COPSE} – To contend with or manage contains (gripping) the one letter abbreviation for S(econd).

22a         The French crazy about Southern girls (7)
{DAMSELS } – A reversal here – start with the plural form of the French word for “the” and another word for crazy or batty – then turn it all round (about) and add S(outhern).

25a         Reckless sweetheart losing heart (6)
{DARING } – What one might call their most loved one, or sweetheart, without its middle letter (losing heart) gives an adjective meaning reckless or bold.

26a         Accuse a right shower, including Government leader (7)
{ ARRAIGN} – Start with the A from the clue and R(ight) and then another word  for a shower or precipitation from the skies containing (including) the first letter (leader) of G(overnment).  Seems spookily topical!

27a         Call for one in condition after dodgy scene (11)
{NECESSITATE } – An anagram (dodgy) of SCENE comes before a word meaning the general condition of something containing (one in) the letter that looks like one.

3d           Policemen start to swiftly take down objector (9)
{DISSENTER } – Start with some Detective Inspectors (don’t forget they’re plural) and follow with S (start to Swiftly) and then a word which can mean to take down, a note in a ledger perhaps.

6d           Excellent marines upset getting post in the sky? (7)
{AIRMAIL } –   A charade of two letters for excellent, the abbreviation for Royal Marines and a word meaning to be upset or ill.  I like this one because the son of a good friend is a Royal Marine and is currently serving in Afganistan as navigator in a helicopter – brave lad! 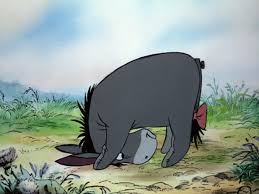 23d         Expressing mass expressions of sadness (5)
{SIGHS } – Sounds like (expressing) a word meaning mass or how big something is.

Fair bit of blue today but archy’s favourite is 6d while mehitabel has gone for 7d.