Good morning from South Staffs on a damp, rainy morning – something of a contrast to the weather of the last week.

I found this puzzle from the Tuesday Mysteron to be pretty tricky in places, a definite *** difficulty for me.

10a         Likely to change oil perhaps (5)
{ FLUID } Double definition: an adjective meaning likely to change; or a noun describing a state of matter of which oil is an example

12a         One barely running for show? (8)
{ STREAKER } A cryptic definition of someone who runs naked through a public place.
ARVE Error: need id and provider

13a         Respect established by English compiler when retired (6)
{ ESTEEM } A three-letter abbreviation for established, followed by English and the reversal (when retired) of the pronoun the setter might use to describe him/herself. I wasn’t helped here by reading ‘compiler’ as ‘composer’.

18a         Titled lady and judge going to Spain by ship (8)
{ COUNTESS } Take another word for judge or reckon, and add the IVR letter for Spain and the usual steamship.

23a         County briefly facing appeal for lodger’s accommodation (6)
{ BEDSIT } An abbreviated name of one of the Home Counties, followed by a term for sex appeal.

27a         Relieve bit of exhaustion after brewing vital ale (9)
{ ALLEVIATE } Anagram (brewing) of VITAL ALE followed by the first letter of Exhaustion.

28a         Doctor full of energy and control tucking into Indian dessert (5,6)
{ CRÈME BRULEE } Put Energy inside one of the sets of letters which denote a medical doctor, add a word for control, and put the result inside a Native American people. 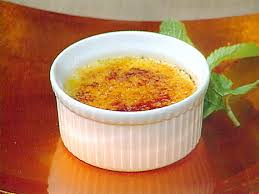 2d           Cricket perhaps not caught in part of magazine (5)
{ INSET } Remove the letter C (not caught) from the type of creature of which the cricket is an example, to get a loose-leaf insertion into a magazine.

6d           Slip made by manager right away (5)
{ GAFFE } Remove the R (right away) from an informal word for a manager or boss to get the sort of slip typically attributed by the media to politicians who say something which exposes them to attack by their opponents.

7d           Support extreme hunting animal used by Cockneys (7)
{ ENDORSE } Another word for an extreme followed by the way a Cockney foxhunter might pronounce the name of the animal he was riding.

8d           Dismiss feature of rugby featuring first in travel item? (8)
{ RUCKSACK } The phase of play in rugby which happens after a player is tackled and the ball goes to ground (or an informal word for a fight, which may be the same thing), followed by a word for dismiss from a job. 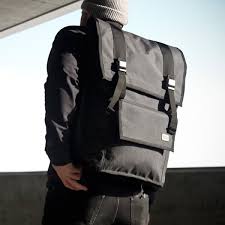 14d         Violent behaviour in tower across hotel yard (8)
{ THUGGERY } Someone who is towing something wrapped around the letter represented by Hotel in the NATO alphabet, followed by Yard.

16d         Avoid confronting matter with session at rink completed? (5,4)
{ SKATE OVER } What you might do during a session at an ice rink, followed by a word for completed or finished.

17d         Bring up sharply key note about a US city (8)
{ ESCALATE } A key on a computer keyboard and one of the notes in the tonic sol-fa scale, either side of A (from the clue) and the initials denoting a West Coast US city.

18d         It could be helpful for viewing meeting (7)
{ CONTACT } This word for a meeting could also be something which helps you to see better.

20d         Former partner needs minute to enter plane in terminal (7)
{ EXTREME } A two-letter word for a former partner followed by the sort of plant of which the plane is an example, with Minute inside it.

22d         Jacket from part of UK kept by workers’ group (5)
{ TUNIC } A part of the UK which is not in Great Britain placed inside the initials of an umbrella organisation for associations of workers.

24d         Brian, perhaps, a sluggish figure (5)
{ SNAIL } This Brian is not our regular contributor, but a character from The Magic Roundabout.


25d         Miserable university athlete (4)
{ BLUE } Double definition, the second being an athlete competing in a match between Oxford and Cambridge.

We’re off to France and Italy on holiday today. All being well, I’ll be posting from foreign parts on Friday next week.