The clues with the long answers looked daunting at first glance, but were quite easily solved with the help of the checking letters. A 1.5-2*/3* for difficulty/enjoyment. Thanks to Jay.

{TOFU} : [a trip, say, for sightseeing] minus its last letter(curtailed) containing(over) [abbrev. for “female”].

Defn:  The call of a tailless one originally from the Isle of Man.

{UNSIGHTED} : [a foreign word for the article “a”] + [a tourist attraction] + “expected ” minus all its inner letters(to lose heart).

These guys are doing it literally as well.

{OSSIFIED} : Anagram of(Work) OF SIDE IS.

Defn: The main presenter of a TV or radio programme.

{DAIRYMEN} : { [nonchalant;relaxed;light and breezy] + [abbrev. for “male”] } contained in(locking … in) [a study room, especially in a quiet corner of the house].

Remember this? …. high tech at that time. 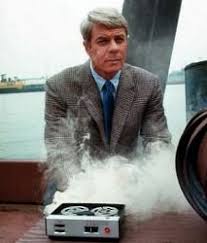 Defn:  The southern part, that is, where she comes from and which she roots for:

25a    Took a picture, capturing an example of African wildlife (5) 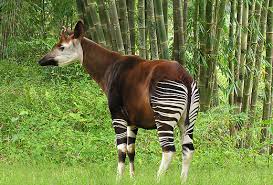 26a    Positive response given to Germany’s colours (4)

{DYES} : [a positive response;an expression of agreement] placed after(given to, in an across clue) [the International Vehicle Registration code for Germany].

{GREEN LIGHT} : [a common;a piece of open area for communal activities, usually turfed, and especially in villages] + [a predicament;a dire situation] minus its 1st letter(going topless).

{AMMO} : Reversal of(… up) [a short term of address for one’s mother] placed above(before, in a down clue) [abbrev. for a “doctor”, especially one in the military].

2d    Suggestions must include name for such states of mind (7)

{TOWER OF LONDON} : [something that pulls, a pull-er] + OF +[the capital city not a million miles from most of this crossword’s solvers].

Answer: A landmark and a tourist attraction, including its associated museum.

{EMULATES} : [big birds from Down Under] containing(seen eating) [dead;passed away].

7d    You bet regularly on employer being slower (7)

{UNDERLYING} : [an assistant to a worker, more a subordinate] containing(accepting) [abbrev. for “year”].

{GRAMMAR SCHOOL} : Homophone of(they say) { [the branch of linguistics dealing with, amongst other similar topics, syntax;the construction of sentences] + [the contraction of “is”] + [fashionable;elegant and attractive] }.

{NO-MAN’S-LAND} : Cryptic defn: Literally, a place where there are no or where there should not be matriarchs. Figuratively, an area, usually geographical, between warring parties, with neither having complete control of it.

Blonde with grouse…. and blonde with (Black) Grouse. 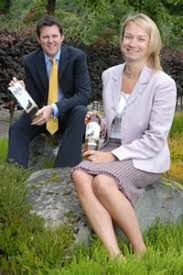 {COLOGNE} : [a record of events] contained in(held by) anagram of(… ruined) ONCE.

Defn: … of Europe, which has given its name to a mildly perfumed liquid which was originally manufactured there: 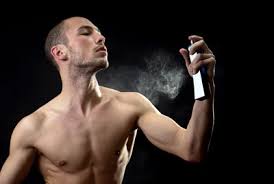 Answer:  It could also be a racy car often associated with racing drivers … and racy drivers? 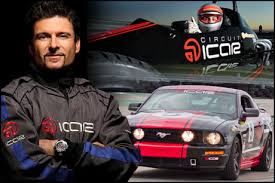 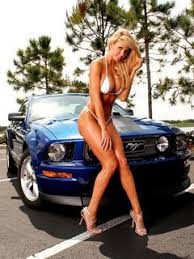 {SKIER} : [an informal term for a captain, say, of a ship, or a team] minus(… disappearing) [abbrev. for the musical direction to play very quietly].

Defn: Not your darling, but a bit of candy.