Good morning everyone, and a lovely morning it is on the Vega Baja. In Spain, today is the Mayday public holiday so archy is on double time, hooray!
With my track record of spotting setters I hesitate to make a guess but I’m pretty sure that this is a RayT production, and a lot of fun it is. Worth the fourth enjoyment star just for 14a.

This time mehitabel has done the across clues and archy the downs and, as usual, the ones we like most are in blue. Definitions are underlined in the clue.

8a           Keep umpire before shower (7)
{REFRAIN} – A three letter abbreviation for an umpire followed by the kind of shower that we seem to be having a lot of at the moment.

9a           A French monsieur of French team turned straight (7)
{UNMIXED} – This kind of straight means not diluted. Start with a French indefinite article and follow that with M(onsieur). Then the two letter French ‘of’ and the number of people in a cricket or football team in Roman numerals and reverse (turned) those four. Definietly easier to solve than hint, Glad mehitabel was on the acrosses!

11a         Simple stone surrounded by gold before (7)
{AUSTERE} – The two letter abbreviation for stone is preceded by the chemical symbol for gold and followed by a poetic word meaning before.

12a         Urgent court session’s start for ushers (7)
{DIRECTS} – A word meaning urgent or dreadful is followed by the abbreviation of court and S(ession’s) start.

13a         Impulsive grass crossing good man (5)
{HASTY} – This grass is the dried kind eaten by animals in winter with the usual crosswordland two letter abbreviation for good man in the middle of it (crossing).

14a         One adds extra weight to ass (9)
{SADDLEBAG} – A cryptic definition of where you could carry your belongings if travelling on a donkey.  It’s also a slang term for excess fat around the top of the thighs and the bum!
Cue photo . . . well, mehitabel has dared me! 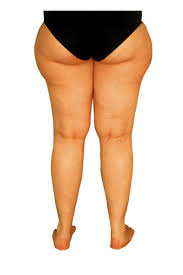 1d           Brews provided, drinking in new works (7)
{INFUSES} – Start with a two letter word for provided, insert (drinking in) N(ew) and follow with a word meaning works or employs. 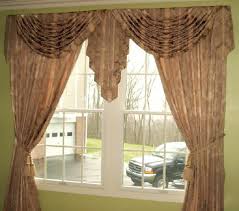 3d           Criminal suspect almost supported by American agreement (9)
{CONSENSUS} – A charade of a word for a criminal (3), a word for to suspect without its last letter (almost) and the usual abbreviation for America.

4d           Slice right on using new driver initially (5)
{ROUND} – Slice as in slice of bread. It’s the first letters (initially) of the other words in the clue.  Excellent clue for a right handed golfer.  He would slice to the right and hook to the left.

5d           Nearly dead on time with large figure (7)
{NUMERAL} – Start with a word for dead, as in having no feeling, and remove the last letter (nearly). Follow with a long period of time and then L(arge)

6d           Conveyance of burden in charge of sailor (7)
{TAXICAB} – To burden or make heavy demands on followed by the usual abbreviation for in charge and then an able-bodied seaman.

7d           Spectacular that explodes in disintegration (12)
{BREATHTAKING} – An anagram (explodes) of THAT inserted into (in) a word meaning disintegration or falling apart. Not 100% sure about this one. Doesn’t the word mean disintegratING?

17d         In case of accidents more secure with him? (7)
{ASSURER} –An all-in-one clue. Start with AS (case of AccidentS) and follow with a word meaning more secure or safer and you get someone who would make you more secure if you had an accident.

18d         Researched turning up information about old fish (7)
{GUDGEON} – Reverse a word meaning researched or looked into and follow with the usual information with O(ld) inserted (about) to get a small freshwater fish. Used to catch these from the local brook when I was a kid. 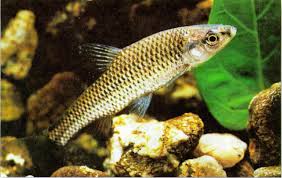 A bit short of photo opportunities. I’m reduced to using some curtains and a fish!
Quite a lot of blue today but archy’s favourite is 14a, with 24a coming a close second. mehitabel’s gone for 20d with a mention in dispatches for 9a and 17d.