Somewhere between 1.5-2* for difficulty and 3* for enjoyment.  Thanks Jay.

Defn: And they were spreading it around: 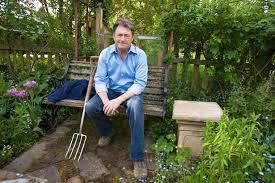 4a    Being arrogant, I’m up to changing in public transport (9)

{BUMPTIOUS} : Anagram of(changing) I’M UP TO contained in(in) [a common form of motorised public transport running along a fixed route].

{SPOTLIGHT} : [visible;within range of vision (2,5)] with the 1st word as an indicator to contain an anagram of(unusual) PLOT within the 2nd word. A clever WIWD (wordplay intertwined with definition) clue. 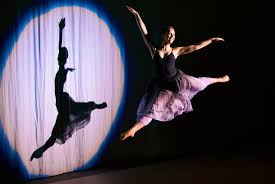 Defn: … as opposed to a cooking one.  But what about the Apple that this Eve tempted her Adam with:

{UPSTART} : [leading against an opponent, in, say, a sporting event] + [abbrev for a way;a thoroughfare] plus(with) [skill;technique].

{RETREAT} : [about;with reference to] + [to deal with;to regard and handle in a certain way].

{MACERATE} : [a charge, usually per unit] placed after(for;relating to) [a spice from nutmegs].

{SCRAMBLE} : Double defn: 1st: Think eggs for breakfast; and 2nd: … by pilots and their crews in military action.

{ADVISOR} : [something to shade your face from direct sunlight;cryptically, a face-saver] placed after(after, in an across clue) [A + 1st letter of(… start) “dodgy”].

Can’t vouch for the car:

Defn: One who is part of a group, in, say, a game, but is eliminated from the group;made spare, at some point during the game.

{STEADFAST} : Anagram of(fixed) DATES placed before(before, in an across clue) [an example of which;perhaps, is the Christian Lent].

Defn: Not changing from your position.

29a    Promises nothing and trails, having lost leader (5)

{OATHS} : [letter representing 0;nothing] plus(and) [trails, usually for those on foot or horseback] minus its first letter(having lost leader).

Defn: … , say, “to tell the whole truth and nothing but the truth”.

{MOSQUITOS} : [a place of prayer for Muslims] minus its last letter(Unfinished) + IT’S containing(full of) [letter representing 0;love in tennis scores].

Defn: I think the definition is a plural noun, to be compatible with the answer. I’m not sure if one could call this particular insect a fly. Though belonging to the same zoological order, it is of a different species, even though its name is from the Latin for “fly”.

{LOOPS} : [slang for facilities, an example of which;perhaps, is the “Ladies”] + [abbrev. for a short note, as an afterthought at the bottom of the main text].

{HOLDALL} : [antique;from times past] contained in(found in) [an entrance lobby, say, in a house].

Defn: As in “is there a doctor in the house?”

{ON THE NAIL} : [working, say, an electrical appliance] plus(and) [consequently;in that case] + [to suffer, say, from an illness].

{SPRAT} : [abbrev. for the musical direction to play quietly] contained in(netted by) reversal of(… turning up, in a down clue) [nickname for sailors].

{MARGARINE} : [the name for which Madge is a short form] minus its last letter(mostly) containing(eats) [at home].

Defn: Inflammation of the small intestines as a reaction to pathogens.

{PLETHORA} : Anagram of(… orbits) THE POLAR.

Defn: Idiomatically, someone who fails does not cut this.  But you could squeeze it, or even wear it:

{TACKS} : Homophone of(for the audience) [a duty;a charge that goes to the government, say, on petrol].

{SNOUT} : [exposed;not under cover] placed below( after, in a down clue) “salon” minus all its inner letters(vacating …).