A straightforward and enjoyable puzzle, between 1.5-2* for difficulty and 3* for enjoyment.  Thanks to Jay.

{PRICE} : [self-respect, too much of which comes before a fall] with [abbrev. for “daughter”] replaced by(going for) 1st letter of(leader of) “Conservatives”.

Defn: What one sacrifices in order to obtain something.

A namesake actor, with a sacrifice:

Defn: Still in existence, eg. a species that is not extinct (yet).

{MEGASTAR} : Anagram of(playing) GAMES plus(with) [a nickname for a sailor].

{SORTIE} : [sensitive, say, to the touch] containing(about) [the syllable for the 7th note in the ascending diatonic musical scale].

Defn: Military-wise, a raid or an assault. 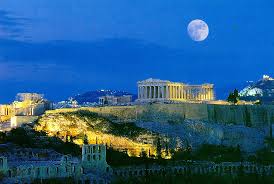 21a    Attractive female shown by engraving (8)

Durer’s bewitching interpretation of the clue:

{DEGREE} : Double defn: 1st: … from an institution of higher learning; and 2nd: What 60 minutes equates to in geometry and geography.

{SHEAR} : [interjection asking for silent;quiet!] + [the listening part of your anatomy].

27a    Generous, and in favour of French wine during musical performance (9)

{FORGIVING} : [in favour of;supporting] + { [French for “wine”] contained in(during) [an engagement for a musical performance, say, at a concert, club, or party] } .

Defn: …. , in being tolerant and understanding.

In fiction, this is how they look…

… and occasionally in real life, too, like this ex-spy (working for the other side, but not good at it) turned model:

1d    Amounts charged by company head of finance for drinks (7)

2d    Not a single person has time for composition (5)

{EVIL} : Reversal of(on the way up, in a down clue) [to experience;to go through].

{TETHERED} : [looking embarrassed, as shown by your complexion] placed below(by, in a down clue) anagram of(horrible) TEETH.

6d    Letter from mountain hospital on source of antidote (5)

Defn: Character in a non-English alphabet.

7d    Aloofness in cadets being retrained (8)

{MUTTERING} : [to say;to voice] contained in(welcomed by) [a famous Chinese dynasty, including porcelain of that time].

{STAND FOR} : [spectators’ area in a sports stadium, say] + [abbrev. for “following”] + “owner” minus all its inner letters(heartless).

18d    Information is short on employment for soak (6)

{INFUSE} : [short for information] minus its last letter(is short) placed above(on, in a down clue) [employment towards a purpose].

Defn: To soak in order to extract flavours from, eg. tea leaves.

Not Santa and his reindeer:

{HORDE} : Hidden in(… for protection of) “establish orders”.

{REIGN} : [to check;to restrain] containing(about) [letter represented by “golf” in the phonetic alphabet].

{FRET} : Double defn: 1st: A ridge across a guitar’s fingerboard.