An Agony in 8 Fits

Tilsit has been unexpectedly called back to his second home, leaving me to review this superb puzzle from Monk’s Telegraph alter ego. Once again it was the four-letter answers that caused the most grief, especially 12 & 25 across where it took a while to understand the meaning of “fuzzy type” and “court Arthur”, the former raising the biggest smile in the whole puzzle.

9a    Love of Hero’s heartless source of inspiration (6)
{LEADER} – Drop (heartless) the middle letter from the name of Hero’s lover, who drowned while swimming across the Hellespont to be with her 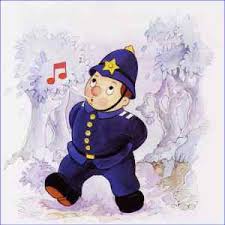 14a    Disturb state broadcast (4)
{FAZE} – sounds like (broadcast) a state, as in the state of a substance as a solid, liquid, or gas

17a    They guide pilots by area code, mainly on airbase manoeuvres (5,7)
{RADIO BEACONS} – an anagram (manoeuvres) of most of COD(E) with ON AIRBASE

20a    Boasting rivals endlessly go on flapping about debt (12)
{VAINGLORIOUS} – an anagram (flapping) of RIVALS, most of (endlessly) G(O) and ON around the written evidence of a debt

23a    Legendary warrior’s not to cross river to escape (4)
{AJAX} – an old favourite re-emerges – if a door is not to (closed) then it might be this, plus the letter shaped like a cross and minus (to escape) R(iver)

29a    Ultimately, couples in white wedding dream about what’s attractive (6)
{MAGNET} – the final (ultimately) two letters (couples) from three words in the clue all reversed (about)

31a    Weigh female animal? (6)
{ASSESS} – start with an animal and then add the suffix that usually means the female of the species, but doesn’t in this instance, hence the question mark

2d    Reptile, caught on entering country, shedding its cover (8)
{ANACONDA} – C(aught) and ON inside a country without (shedding) its initial letter (cover)

5d    One billed in the future — that would be better (4,8)
{UGLY DUCKLING} – a cryptic definition of a fairytale bird that will grow up to be a swan

8d    Cash put up for cheesy setter? (6)
{RENNET} – the reversal (put up) of some cash gives a preparation used to curdle milk to make cheese

21d    Who fights these dukes, on and off, when drinking alcohol? (6)
{DALEKS} – the necessary capitalisation of Who, as in Doctor Who, is concealed by placing it as the first word in the clue – the odd letters (on and off) of a word in the clue around (drinking) some alcohol

Someone said that Tuesday’s puzzle was a hard act for the next three to follow. I never look at puzzles by Tuesday’s setter, but for those of us who love our Toughies to be tough, the next three have succeeded handsomely.